Mid-April snow knocks out power for parts of West Michigan 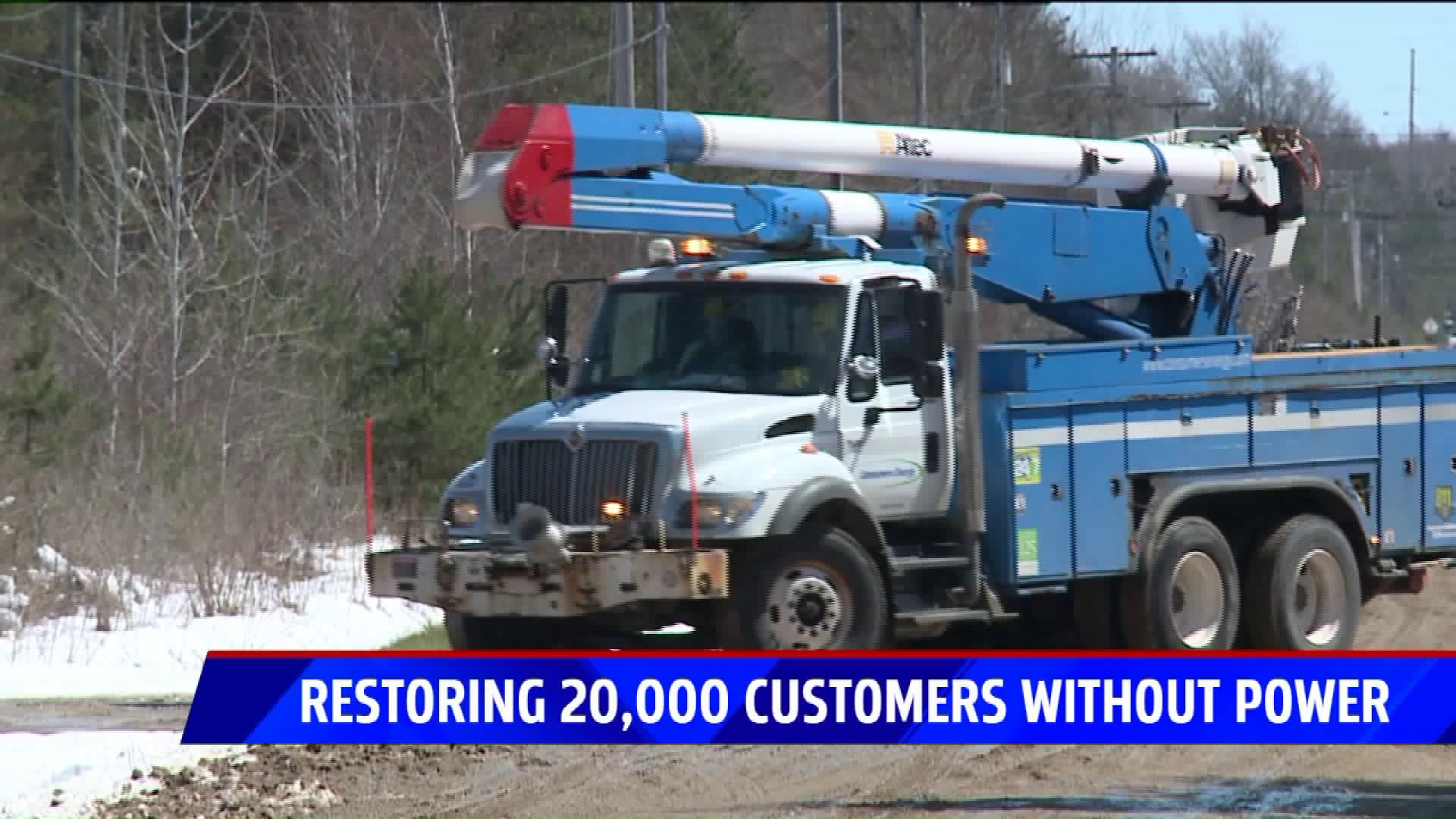 Consumers Energy spokesperson Roger Morgenstern said about 20,000 people were without power because of this snowstorm.

Muskegon and Ottawa counties were hit especially bad with snow totals up to 6.7 inches.

"We had a couple hundred downed wires in that area alone which is pretty unusual, but the weight of that snow, a lot of weight on tree branches, got into the wires and created a lot of downed wires and power outages," explained Morgenstern.

Now, Consumers Energy teams are working around the clock to help restore every home and business' power.

"We do expect most of our customers to be back on by midnight tonight, but in some of the harder hit areas including the areas there in Crockery Township, southern Muskegon County, Norton Shores area, it might be before noon on Tuesday before everyone is restored," Morgenstern said.

As the snow melts, lights will turn back on, at least for the time being.

"This is Michigan, we’ll deal with whatever mother nature gives us, and we’ll hit right back. Who knows? It might be thunderstorms this weekend, but we’ll be ready," says Morgenstern.