12-year-old boy fed up with potholes; fixes them himself 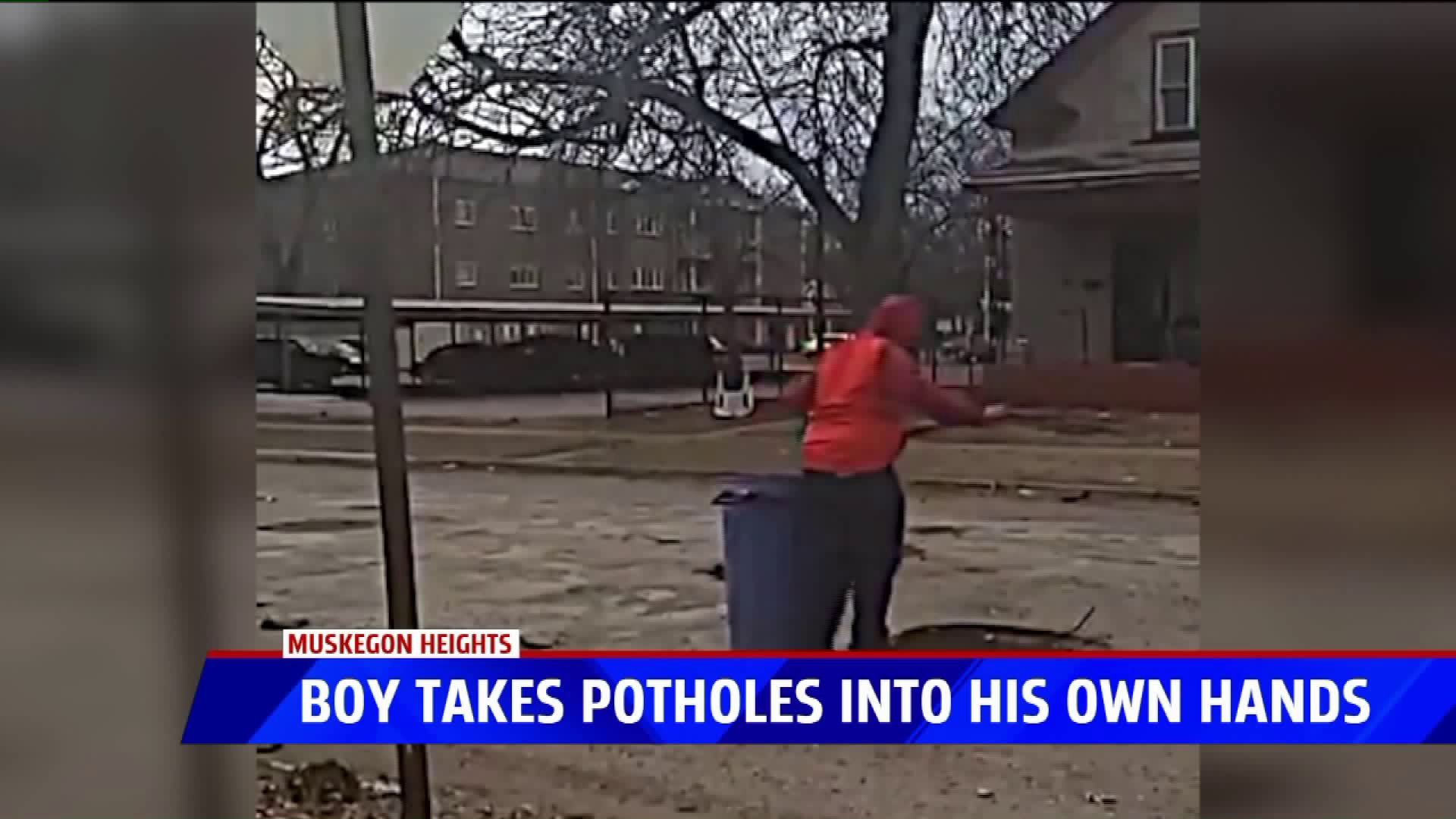 MUSKEGON HEIGHTS, Mich--  After his mother's vehicle fell victim to a pothole on Maffett Street in Muskegon Heights, 12-year-old Monte Scott decided he had had enough.

He said on his street alone, there were more than 50 potholes.

With a shovel in hand, Monte filled in the pothole that popped his mom's tire.

"I just didn't want anyone else to get a flat tire," Scott said.

His good deed didn't go unnoticed. Soon, a crew came by to patch the holes with asphalt.

Monte says while he appreciates the workers who are trying to help, he's tired of the patching, filling, and wishing for better roads.

“They need to tear the whole street up and use concrete, it might cost more but it’ll last longer,” Scott said.

Monte says he hopes by the time he's driving on the roads, there will be a more permanent fix.

Governor Whitmer is actually going to talk with Monte on Friday, something he says he's pretty excited about.

To report a pothole on a state road,  you`ll need to go through MDOT. You can contact them at 888-296-4546. Other concerns go through county and state governments.