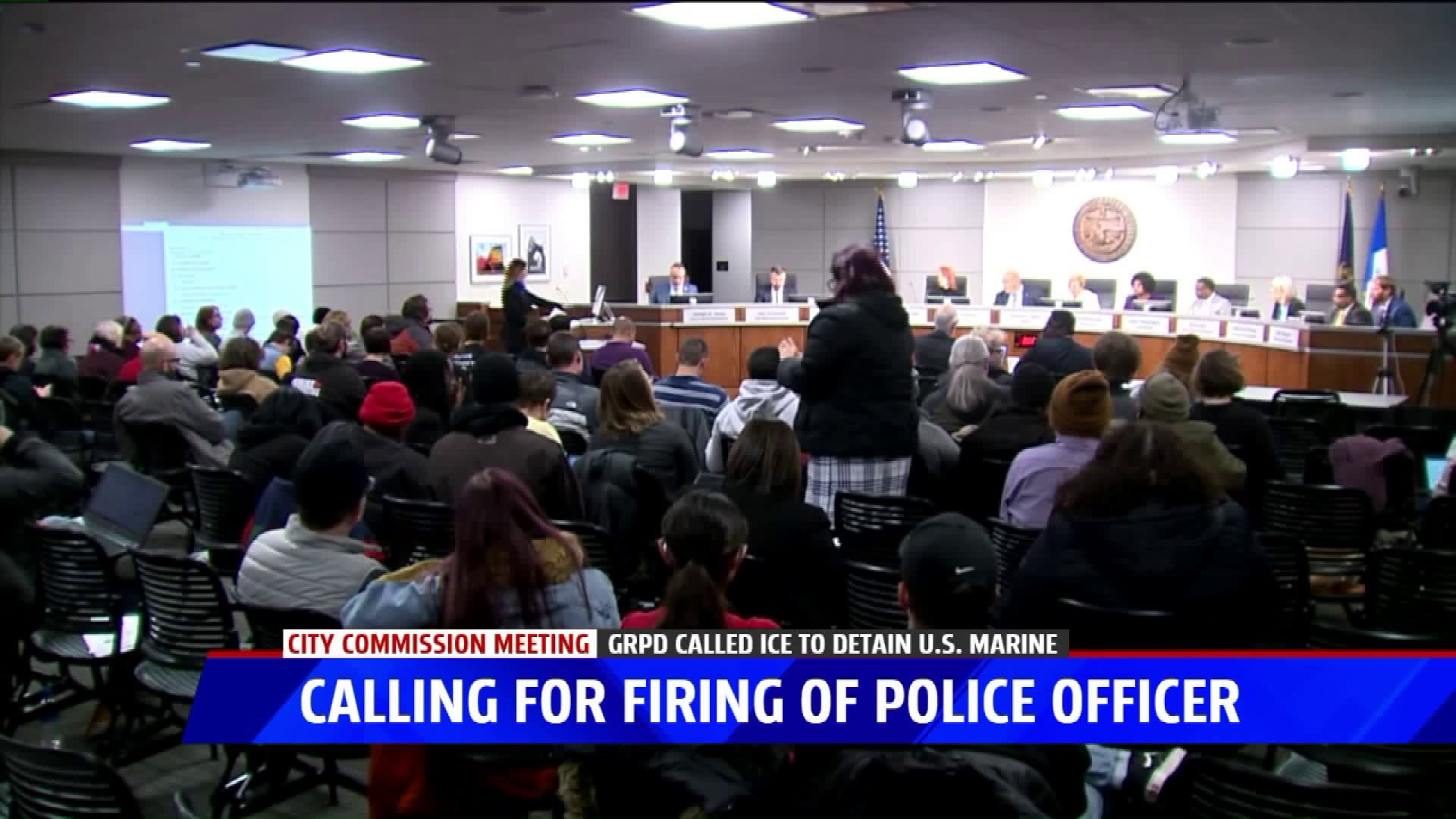 Several people voiced frustration towards Capt. Curt VanderKooi, who sent an email containing racially-charged language in connection to the arrest of a man who allegedly set fire to a helipad at Spectrum Health Butterworth Hospital.

Jilmar Ramos-Gomez, 27, was taken into custody Nov. 21 after the alleged incident at the hospital. After being released from police custody, he was detained for several days by U.S. Immigration and Customs Enforcement in Battle Creek.

A January statement said Ramos-Gomez was being because he claimed to be a foreign national illegally present in America during an interview with ICE agents.

At the meeting Tuesday night, Interim Police Chief David Kiddle said he didn’t know how ICE concluded Ramos-Gomez wasn’t an American citizen. According to police reports of the Nov. 21 incident, Ramos-Gomez had a passport, license and military dog tags in his possession when he was arrested.

A GPRD internal review says VanderKooi contacted ICE because his alleged actions at the hospital  - trying to access the helipad - fit the description for a potential act of terrorism.

Text messages obtained by the ACLU of Michigan show another GRPD officer had texted an FBY contact, alerting the field office that Ramos-Gomez was a vet with PTSD.

Public commenters said it was the suspect’s physical description that led to him being detained, accusing officers of racial profiling.

“I’m here because my conscience dictates that I stand here as an ally with the individuals and families at the risk of racial profiling at the hands of our criminal justice system,” one resident said.

Days after asking ICE to “check his status,” VanderKooi emailed an ICE official a copy of the incident report from Nov. 21, which contained information on Ramos-Gomez’s documentation with the subject line “Spectrum Helicopter Pad Loco.”

Police said VanderKooi had been disciplined for the comment, and repeated his apology to Ramos-Gomez.

“It was not my intent to disrespect Mr. Ramos Gomez or to offend anyone in any way, my decision to use unprofessional language is something I regret,” VanderKooi said.

Public commenters called for more than an apology, saying VanderKooi should be “held accountable for his actions.”