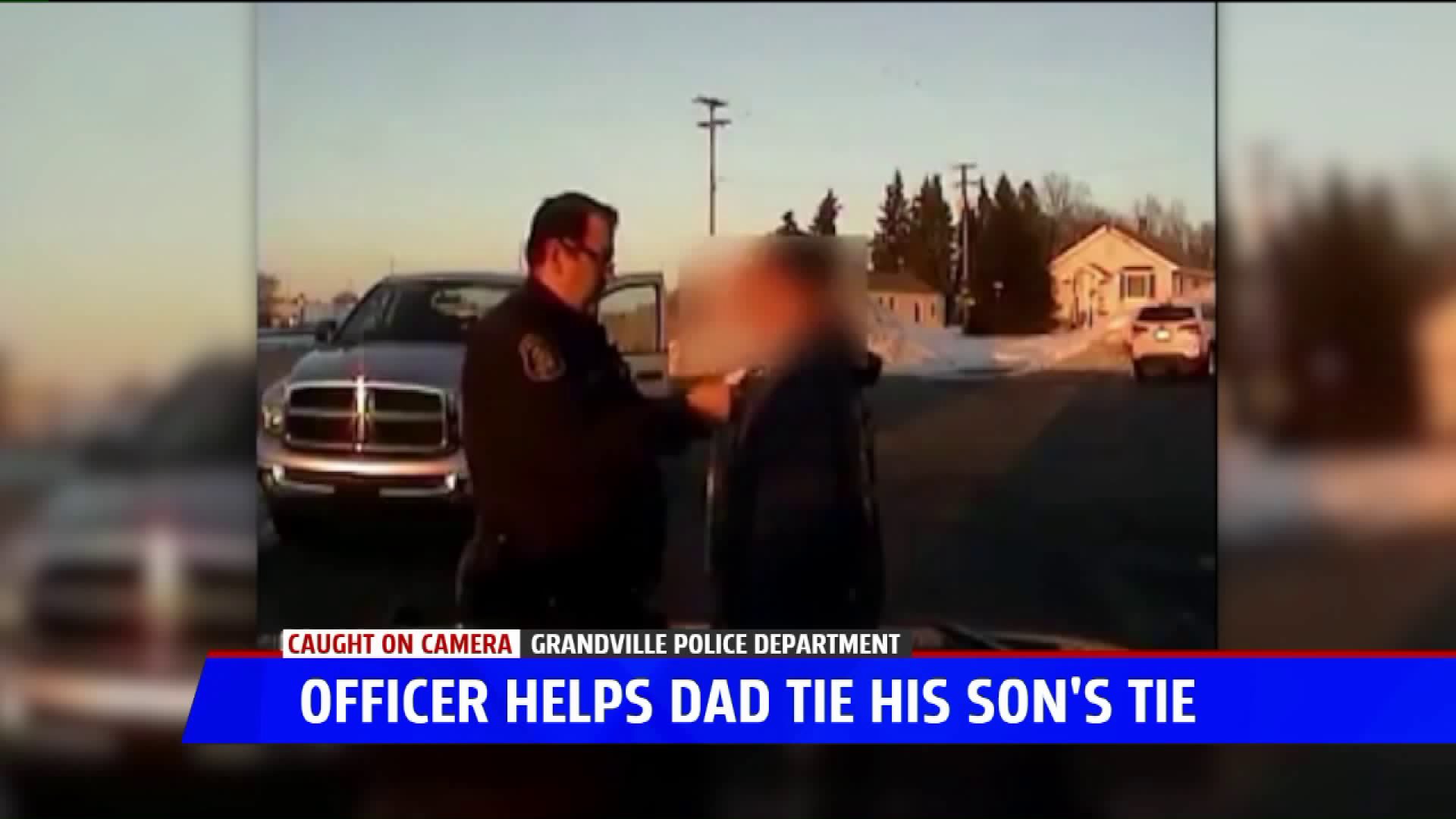 GRANDVILLE, Mich. — A Kent County police officer is getting some recognition for going above and beyond the call of duty, with the entire thing caught on camera.

When a car sped up to a Grandville Police Officer Rich Brown’s vehicle on Saturday, the last thing he thought he’d be doing was tying a tie for the man inside.

Just before 6 p.m. Saturday, Grandville Police Officer Rich Brown says a car came speeding into a parking lot where he was parked.

"I was sitting in the parking lot running stationary radar, and at first the vehicle came in kind of hot and the driver came out kind of quick so I didn’t know what was going on, so I kind of ordered him to get back and then he said he needed help," said Brown.

Brown noticed the man had a tie in his hands: he needed a tie for his son’s "Snowcoming" dance that evening.

"He just walked up and asked me for help and I asked what he needed and he said he needed to find somebody that could help tie a tie and I said I could help him,” said Brown.

The entire encounter was caught on Brown’s dash camera, blurring the man’s identity since he never found out his name. The man removed the tag, then Brown tied the tie for him.

"At first I told him I need a minute because I’ve tied my own ties and it’s kind of hard to tie on someone else, so I told him I’d give it a shot and luckily it worked out the first time," said Brown.

In his 20 years as a Grandville police officer, Brown says this is the first time he’s been needed to assist in tie-tying.

"I like to help people," said Brown. "That’s the reason I became a police officer, so something as simple as that, that took two minutes out of his time and hopefully made his son’s day.”

Police don’t know who the man was, so they don’t know how his son looked at his dance. They’re hopeful he made it on time looking his very best.