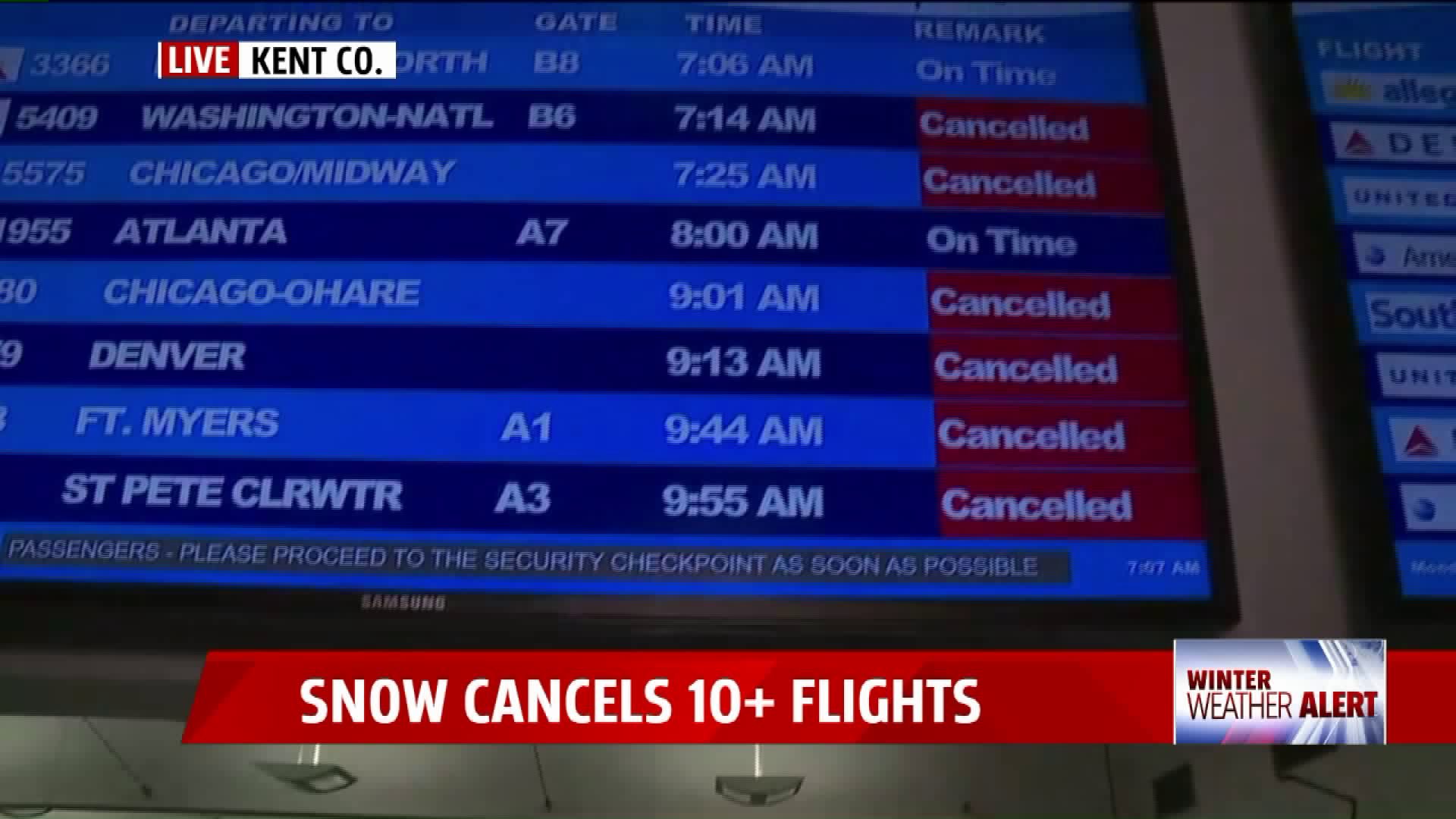 So far, more than a dozen flights have been canceled Monday, including fights from Chicago, Fort Meyers, Newark, Orlando, and Denver.

The best advice is if you have a flight out of the airport to check the status online before you go.

Alicia Roberts, the marketing coordinator at Gerald R. Ford International says airport staff are hard at work trying to get planes in the air.

However, she says OSHA limits the amount of time workers can be outside when it's this cold, so staff are required to come inside several times per hour.

“We’re used to weather but we’re not used to this extreme of cold," Roberts says.

Some travelers gave themselves extra time to get to the airport only to have their flights pushed back.