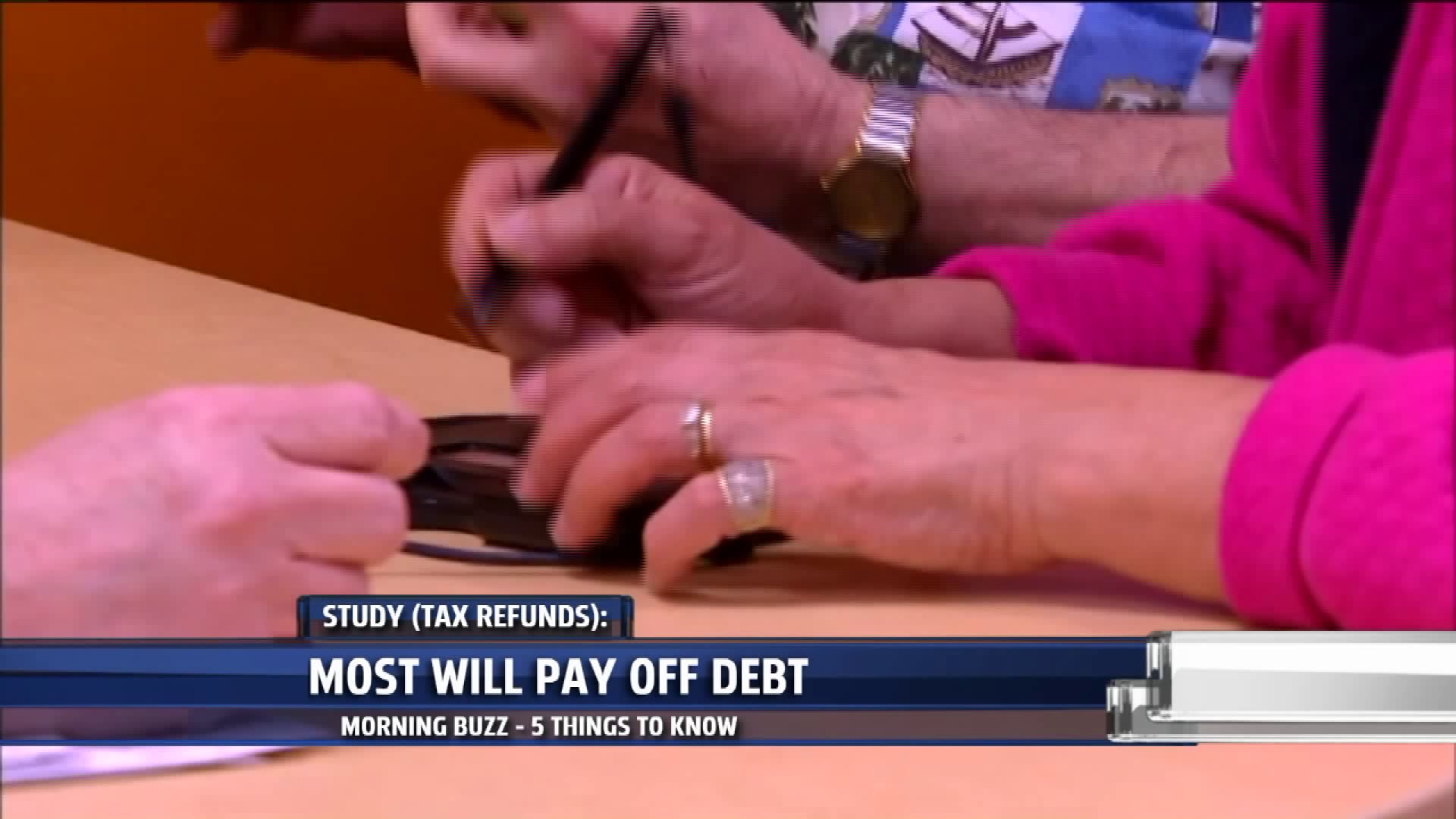 1. Did you get a chance to catch the Super Blood Wolf Moon?

This is a total lunar eclipse that happened at the same time as a super moon. Here's how it works: as the full moon comes into the Earth's shadow, it darkens and the sunlight that passes through the atmosphere of the Earth makes the moon appear red.

Weather conditions played a factor, for some the moon appeared blood-red, brick-colored or rusty.

The U.S. won't see another total lunar eclipse until 2021.

The office is regularly open 8 a.m. to 5 p.m. Monday through Friday. Additionally, the office will be open on seven Saturdays leading up to the April 30 filing deadline.

Residents can schedule an appointment or walk in to receive help. Office staff will ask residents to bring a photo ID, the first and second page of their federal return, and any available W-2S, 1099S, or schedules.

The office is located on the third floor of city hall.

3. Despite an ongoing shutdown, the IRS has recalled thousands of workers to make sure taxpayers get their refunds this season. Actually, a new study shows many might be waiting on that check.

Last year, the average refund was more than $2,800. This year the average person expects to receive about $3,000 dollars back from the IRS.

4. Life on the road in the circus might not be your things, but you could do something of the awesome acts right here in West Michigan.

Grand Rapids Circus in Wyoming is offering new classes this year, all based on different acts in the circus.

Those classes include things like trapeze, aerial silks, contortion, and much more.

The business is unique in offering this many classes and say their private rooms allow different students to learn skills in both smaller and larger settings.

5. Look out for unsuspecting hugs today. If you need an excuse to hold your family, friends, and loved ones a little tighter, it's National Hugging Day!

Hugging is a universal gesture of love, and science backs up what we already know about them; hugging really does make us feel better.

So if you're feeling down in the dumps or just need a little pick-me-up, remember to hug it out.