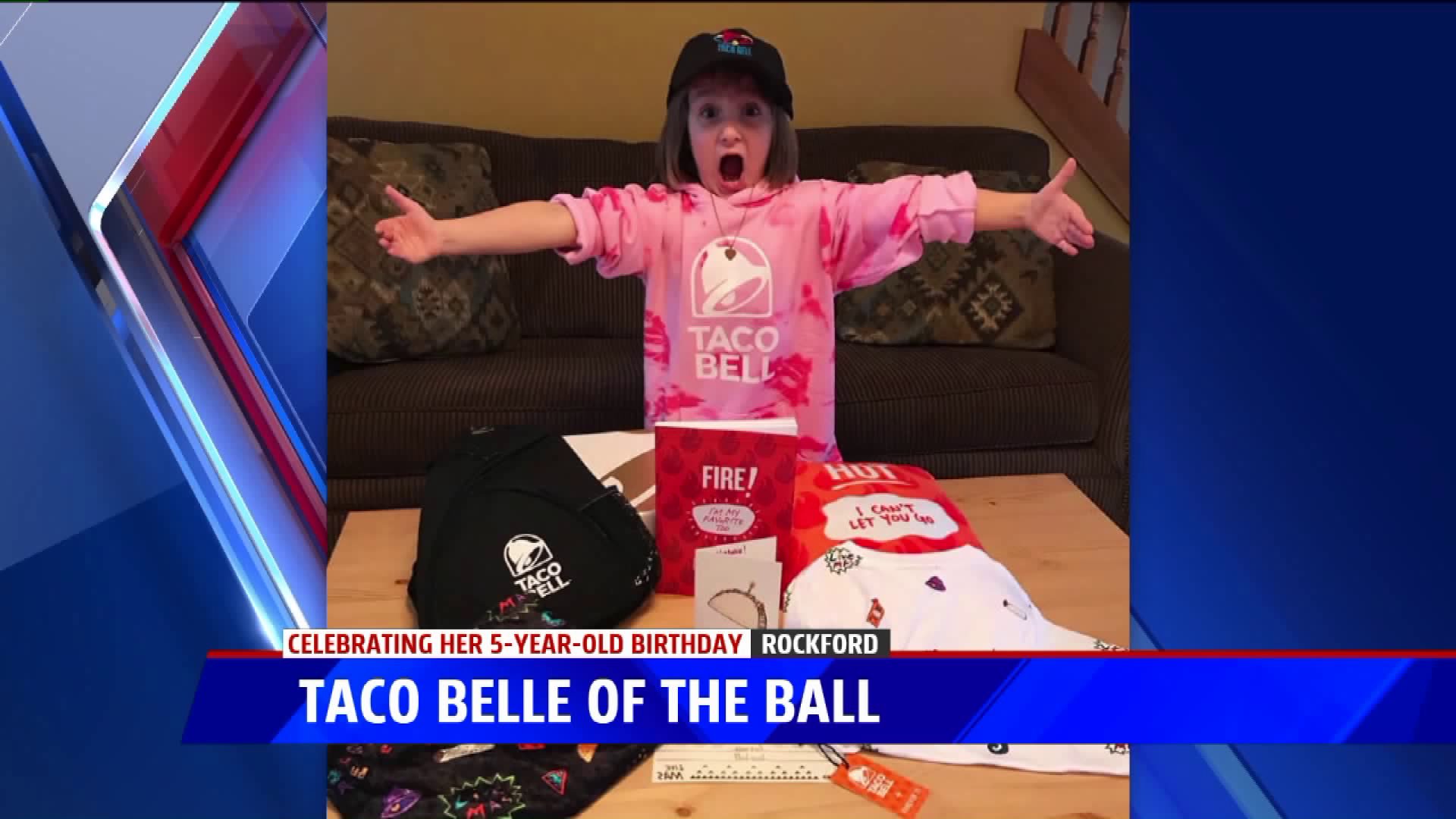 ROCKFORD, Mich.-- A 5-year-old Rockford girl who has been seen around the world after a video of her on Christmas morning went viral is getting the royal treatment from her favorite place on Earth.

When Natalie Grove wrote her letter to Santa Claus, she only asked for one thing: a Taco Bell gift card.

Sarah caught Natalie's reaction to getting her Christmas wish on camera and it's since been seen around the world after FOX 17 first shared her story on December 26.

"It just took off from there," Sarah says. "I had all different, CBS News and Yahoo! calling me and just asking if they can share it and it just blew up from there.”

Even Good Morning America and foreign online publications picked up Natalie's story. The buzz was enough to get the attention of Taco Bell's corporate office, which sent Natalie a box of Taco Bell merchandise.

In the seven years she's worked for Taco Bell, area coach Tranquility Sampier says she's never met anyone as excited as Natalie. She decided to invite Natalie to celebrate her fifth birthday at the Taco Bell in Rockford off US-131.

“To be able to build this relationship with our guests as well is amazing. We’re so excited," Sampier says.