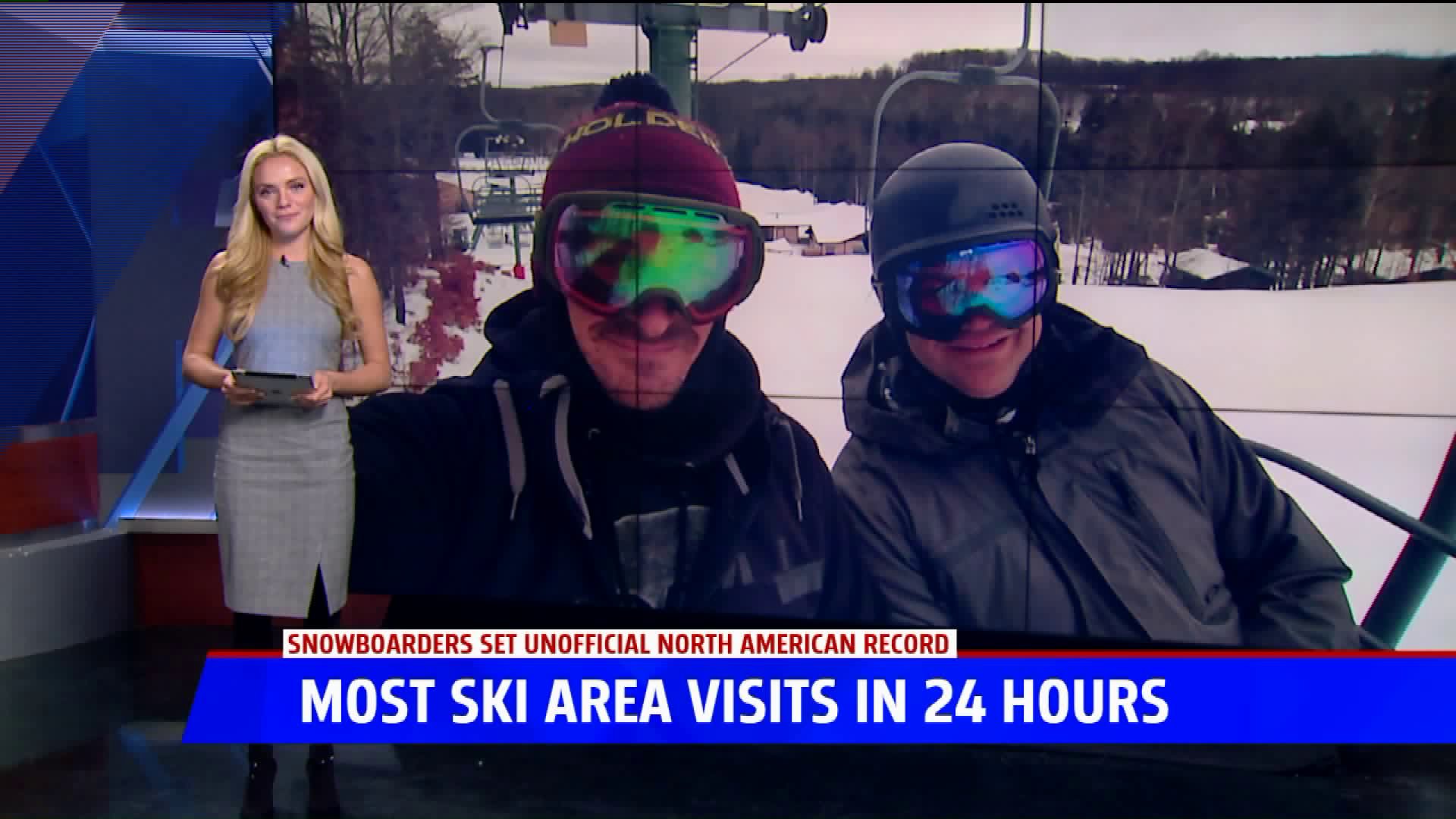 ROCKFORD, Mich. — A pair of snowboarders from Michigan embarked on a journey called the Michigan Snowball Run Friday to break a North American record.

David Zemens, of Rockford, and Sabato Caputo of Lansing traveled across the state to over a dozen ski areas.

"We wanted to try and go snowboarding at 16 ski areas in Michigan in a 24-hour time limit,” Zemens said.

The idea came from an article in Snowboarding Magazine where a snowboarder had ridden at 12 ski areas in 24 hours.

"When I read that, I said ‘we can definitely beat that in Michigan because we got 37, 38 ski areas or something like that,’" Zemens said.

So they went for it, beginning Friday night at Boyne Highlands in northern Michigan, and waking up early Saturday to continue.

Stop by stop, the duo slowly made their way 430 miles down the state.

Each ski area they stopped at had passes and at times even snowmobiles waiting for them, but Zemens says that didn’t take away from the physical challenge.

"It was more physically demanding than I thought it might be, you don’t think about, well we’re not skiing or we’re not snowboarding that much, but just being in the car and being cramped and confined,” Zemens said. “You get out for five minutes, you warm yourself up, then you get right back in the car and you’re you know stuck."

Still, the pair carried on to spread a message.

"The idea basically was to use it as a way to promote all of the different ski areas that we’ve got in Michigan,” Zemens said. “No matter where you are you’re 30 minutes, 45 minutes or so from a ski hill."

Their mission was a success: Zemens and Caputo now hold the unofficial North American record for most ski areas snowboarded in 24 hours.

The duo even says next year, they’re thinking about trying for the world record: 18 ski areas in 24 hours.