Veteran out $11,000 after purchasing stolen Humvee 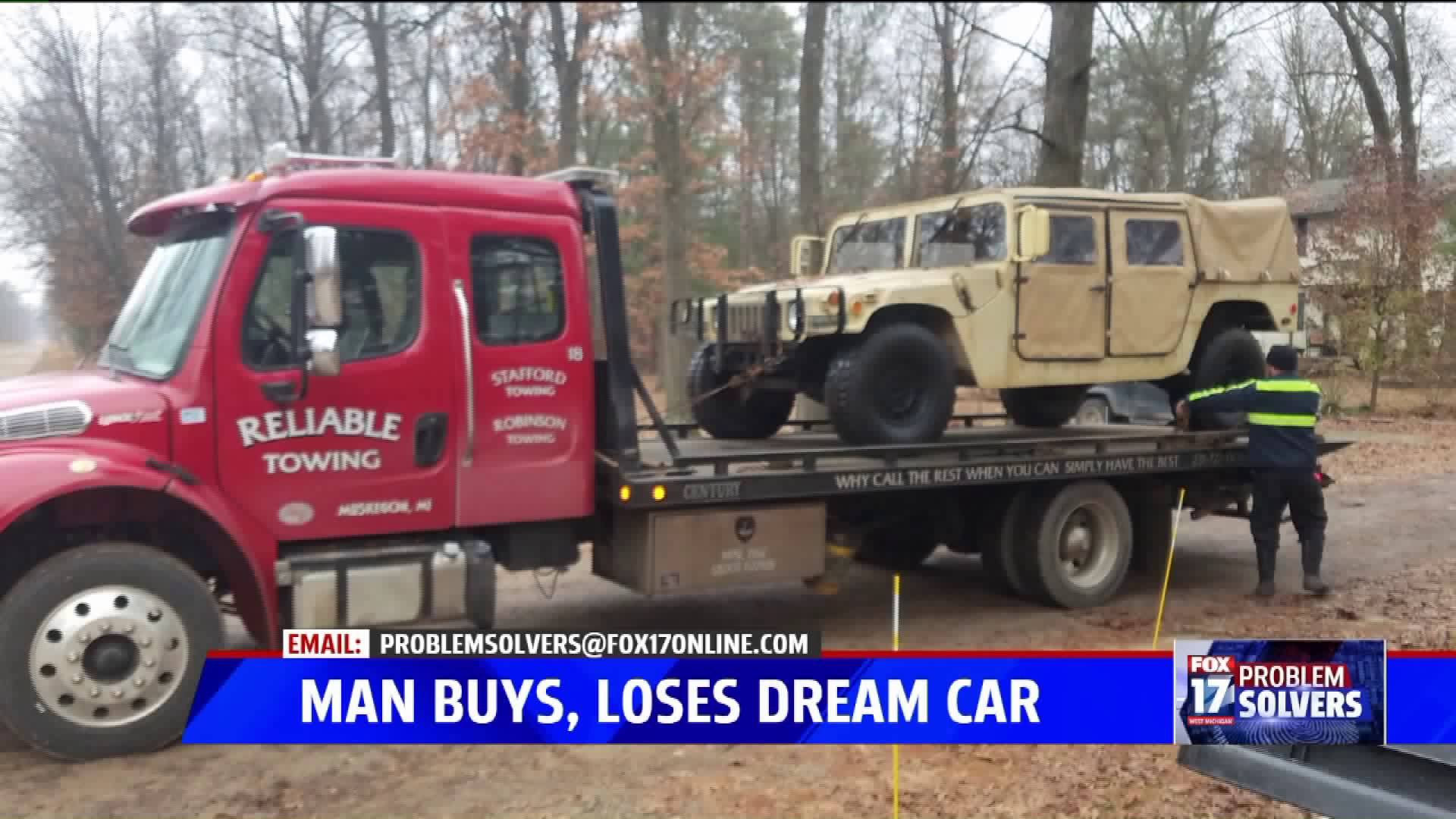 HOLTON, Mich. -- A military veteran's dream of owning a 1990 Desert Storm-era military Humvee turned into a pricey nightmare. He learned he purchased a stolen vehicle , and now he’s out about $11,000.

Dirk Burkett said the transaction took place via Facebook Marketplace in late September. The Holton resident purchased the Humvee from a private seller in Holland and said everything seemed to check out. That is, until he went through the process of getting the title for the vehicle.

"It was basically like my heart sunk in my chest, because that's a substantial amount of money," Burkett recalled.

Burkett explained the transaction: "We sent him a deposit for $500, and then I got $10,000 in cash, and then I went down and completed the purchase of the truck."

He got the truck home and started looking into the title when he learned the truck had been stolen.  Burkett said the Humvee's serial numbers revealed the theft. So he called the Michigan State Police.

"They towed the truck [and] impounded it because it was, in fact, stolen," Burkett said.

"Then I tried to contact the gentleman that I purchased it from and see about getting my money refunded," he explained. "At which point, he told me he has no liability. I need to litigate with the gentleman that stole the truck."

State Police traced the Humvee back to an owner in Kentwood. By all accounts, the vehicle has traded hands at least twice before Burkett bought it.

"The detective said they had a clear picture and the video of the gentleman who stole it," Burkett recalled. "It took just a day or two after I reported it they had caught the guy."

Burkett believes the private seller had no clue about the truck’s origins. Regardless, he wants that seller to give him his money back.

"In my opinion, no one should be profiting off a stolen vehicle," he said. "I feel that everybody should just go down the line and return the money so that nobody's out anything."

FOX 17 called and spoke with the private seller, who said he feels bad for Burkett but said every previous buyer got taken for a ride. The private seller said he didn't make a profit off the sell to Burkett.

Burkett said authorities told him they'd try to list him as a victim in the case, but he said he's not holding his breath for restitution.

FOX 17 has reached out to Kentwood police for more information on the case and an arrest but have not heard back.