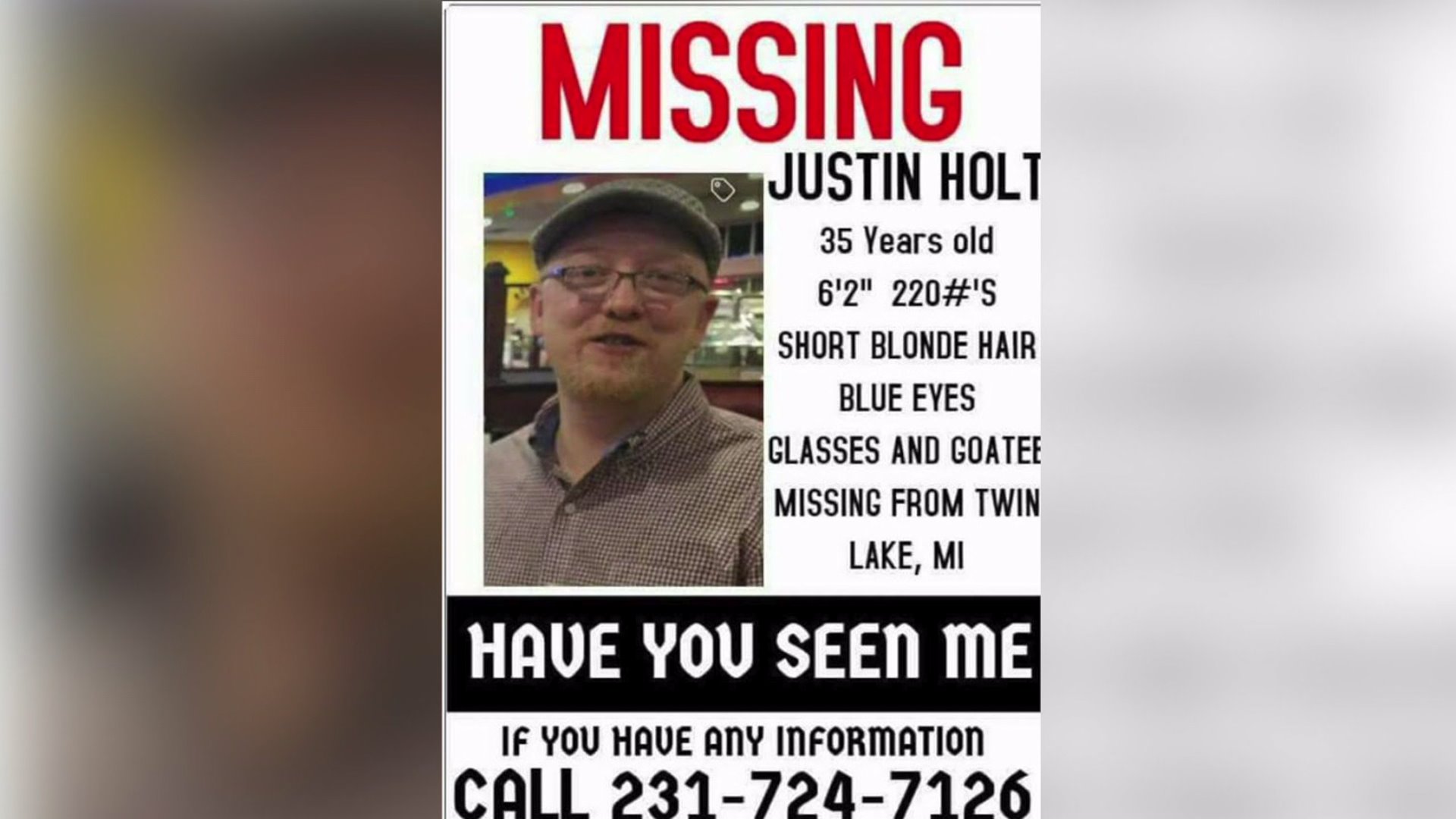 MUSKEGON COUNTY, Mich. -- As many celebrate the new year, the family of a Justin Holt is dreading the anniversary of his disappearance. He vanished January 3, 2018.
His family is hoping to keep his name and face in the public eye to help solve his case.

Patrick Platt, Holt's stepfather, said investigators confirmed the few drops of blood found in Holt's driveway belonged to the missing man. However, there've been no other clues as to what may have happened to him.

"About three months ago, they sent a notice that everything that they've had to investigate they've explored and right now it's still open and unsolved," Platt said.

It's kept them worried through the holiday season.

Platt explained, "He's got brothers... they had plans on going out less than three weeks after that to go party it up because my youngest was turning 21. So it's kind of hard on them to lose their brother this time of year."

Prior to his disappearance, Holt wrote on Facebook about an alleged threat from his ex-wife's boyfriend. That couple lives in the south. Family said Holt was in a heated custody battle over their five minor children.

Now it's Platt's hope to keep people aware that a son, brother and father is still missing.

"If anybody can help shed any... anything on this it would really be appreciated because right now we have nothing to go on. Nothing at all," he said.

"We need to find my son so we can get closure. That's what we're looking for," Platt stated.

If you have any information call the Muskegon County Sheriffs Department or Silent Observer at 231-72-CRIME.