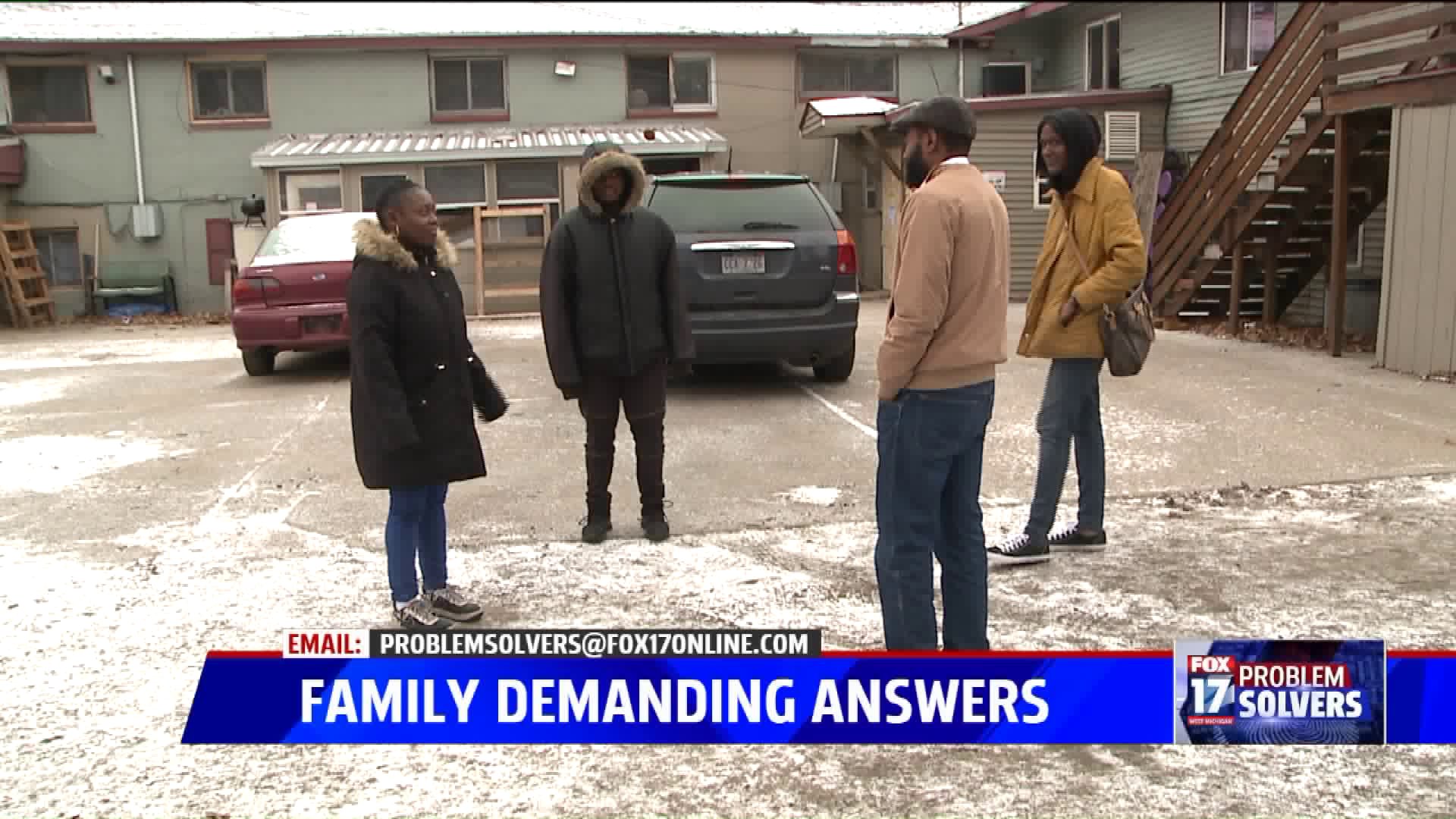 MUSKEGON HEIGHTS, Mich. -- The building where Tamela Day lived with her children is still boarded up,  off limits and all of her belongings are locked inside.

She and her children are staying with a relative for Christmas, but on Wednesday they will go to a homeless shelter.

"It was our home. I had plans the way I was going to do stuff for that morning, cook breakfast. I can't do that now," she explained.

Day said her landlord Pastor James Duncan Jr. still hasn't returned her calls so she can get her belongings from her apartment. She said she paid $125 a week.

At no fault of her own, the city evicted Day and 14 other people from the building Wednesday night because Duncan failed to pay the utilities. Residents were given just four hours notice to leave.

Muskegon Heights fire chief Christopher Dean said on Friday, “We have been working diligently on and off with Pastor Duncan for over a year."

According to the city, Duncan was behind on his water and sewer bill by $3,000 and the electricity had been shutoff Tuesday.

Chief Dean said residents used candles for light which is a fire hazard. They used a stove for heat which could cause asphyxiation. On top of that, he said the building is deteriorating.

"Unfortunately, as we continue to work with him on this the conditions of the structure continue to deteriorate,” Dean explained.

The city won't allow people inside to get their stuff unless Duncan is present during daylight hours.

"Thank God I have my job. Ok, so I was able to get more underwear, socks and personal [items]," she said.

Day said she's been living with her sister and sister's children in the meantime.

"[It's] a set back. You know, but it's temporary. I ain't trippin'. I just wanted to know what was really going on. This would have been prevented," she said.

She said Duncan tried to downplay the electric being shutoff the day before the city kicked them out. When FOX 17 knocked on Pastor Duncan's home door no one answered. FOX 17 told Duncan's nephew we'd still like to speak the property owner. The nephew was in the driveway.

Day, who just wants some communication, said she and her children are going to be alright as they transition to a homeless shelter.

FOX 17, once again, tried to get a response from James Duncan, he still has not reached us back.

According to federal records online, FOX 17 found three bankruptcy filings for James Duncan. That includes one from earlier this year. He lists Consumers Energy as a creditor. The trustee motioned to dismiss the case, in part, because Duncan allegedly failed to provide the necessary utility bills, proof of income and allegedly failed to file tax returns from 2012 through 2017. The case was dismissed.