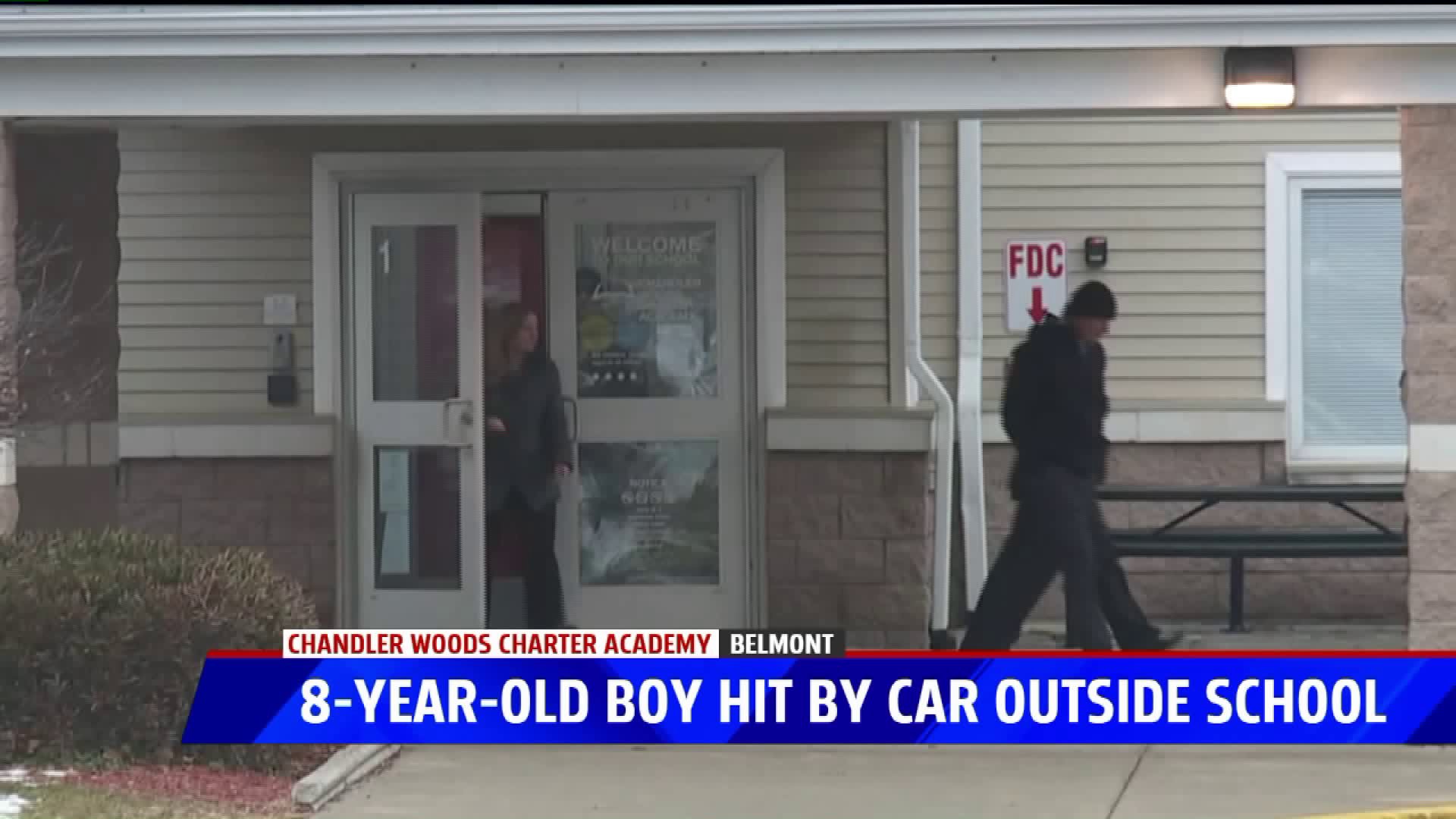 BELMONT, Mich. - The Kent County Sheriff's Office says an eight-year-old boy struck by a vehicle outside of his school Tuesday remains in critical condition at Helen DeVos Children's Hospital.

The Sheriff's Office says in a news release issued late Wednesday afternoon that the boy suffered trauma to his head and torso.

Police say his mom was behind the wheel, but they’re still trying to figure out what happened leading up to the accident. The updated news release also stated that, "Due to the ongoing investigation and possibility of criminal charges we will not be providing additional details about the incident itself until after the prosecutor has reviewed the case. "

The eight-year-old boy was in the parking lot of his school, Chandler Woods Charter. When he was struck by a car, which his mother was driving.

The sheriff department says it happened around 8:30 Tuesday morning, and the majority of the the incident is actually on video.

Deputies tell us the video shows the boy hanging from the passenger side door handle, before he loses his grip and is run over by the back wheel of the vehicle, leading to serious injuries.

But what was happening prior to him being hit is still under investigation.

"Whatever led up to him hanging off that door handle is really a large part of the investigation at this point. As to anyone’s intent, we really can’t speak to that this early," says Sgt. Joel Roon, Kent County Sheriff's Office.

The school released a statement saying," We are keeping the student and family in our thoughts.”