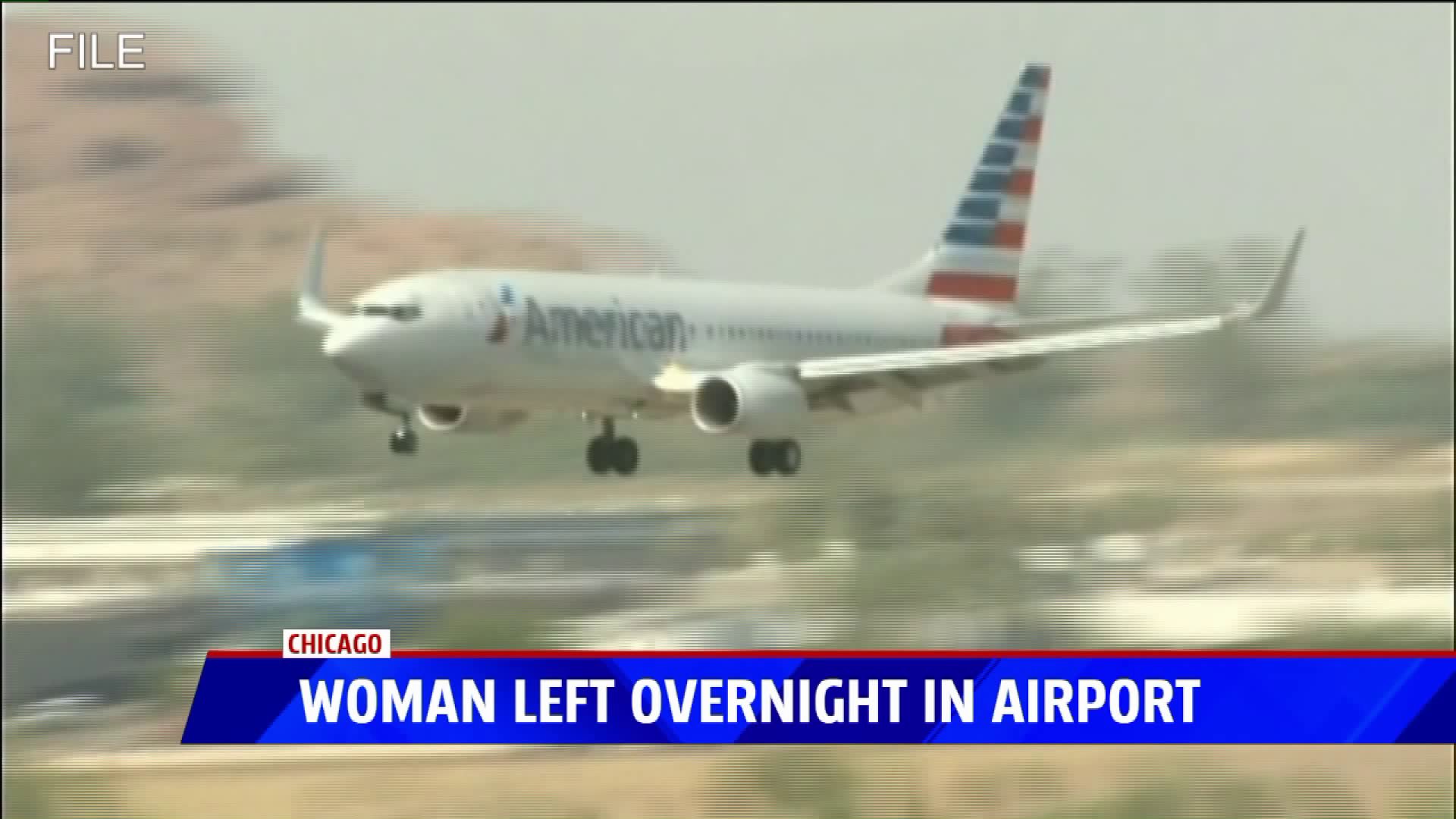 (FOX NEWS) -- A 67-year-old woman was reportedly left in a wheelchair overnight at Chicago O’Hare International Airport after her American Airlines flight to Detroit, Mich., was canceled.

Olimpia Warsaw had flown into Illinois to attend a relative’s funeral. After the service, Warsaw was to catch a flight back home to Michigan, her son Claude Coltea told CBS Chicago.

Warsaw, who has trouble communicating and walking due to Parkinson’s and diabetes, uses a wheelchair. Coltea said he took his mother up to her flight gate and spoke to the agent there to confirm his mom would be taken care of.

“I walked with [my mom] all the way to her gate,” he said to CBS. “I confirmed with the gate agent that the flight was on time. Everything was okay. She said, ‘Yup, all’s fine. We’ll take good care of your mom’.”

However, Warsaw did not make it back to Detroit that night.

According to Coltea, the airport porter assigned to his mother by the airline offered Warsaw a hotel room for the night after her flight was canceled. However, they would not take her to the hotel and, due to her trouble communicating, she could not find transportation, CBS reported.

The porter then left her at the airport after his shift ended, the outlet reported.

After Warsaw did not arrive in Detroit, her family began calling American Airlines and the airport to track her down. Hours later, security found her still in the wheelchair and same clothes she had been wearing the previous day.

The family is now looking for answers from American Airlines as to how their mother was left.

American Airlines said in a statement to Fox News they have launched an investigation into the matter.

“We are very concerned about this, and have launched an investigation with our Chicago team and the vendor we utilize that provides wheelchair services at Chicago O’Hare.

“We have spoken with the family multiple times, and met with them both in Chicago and Detroit yesterday. Our team has already refunded back the fare for this trip,” the statement read.

The airline confirmed to Fox News the woman was offered a hotel voucher, but are looking into why she was not transported there.

This is not the only problem the family said Warsaw had with the airline during the trip. American Airlines reportedly lost her luggage on the flight in, forcing her to miss part of the funeral while she went to get clothes to wear.