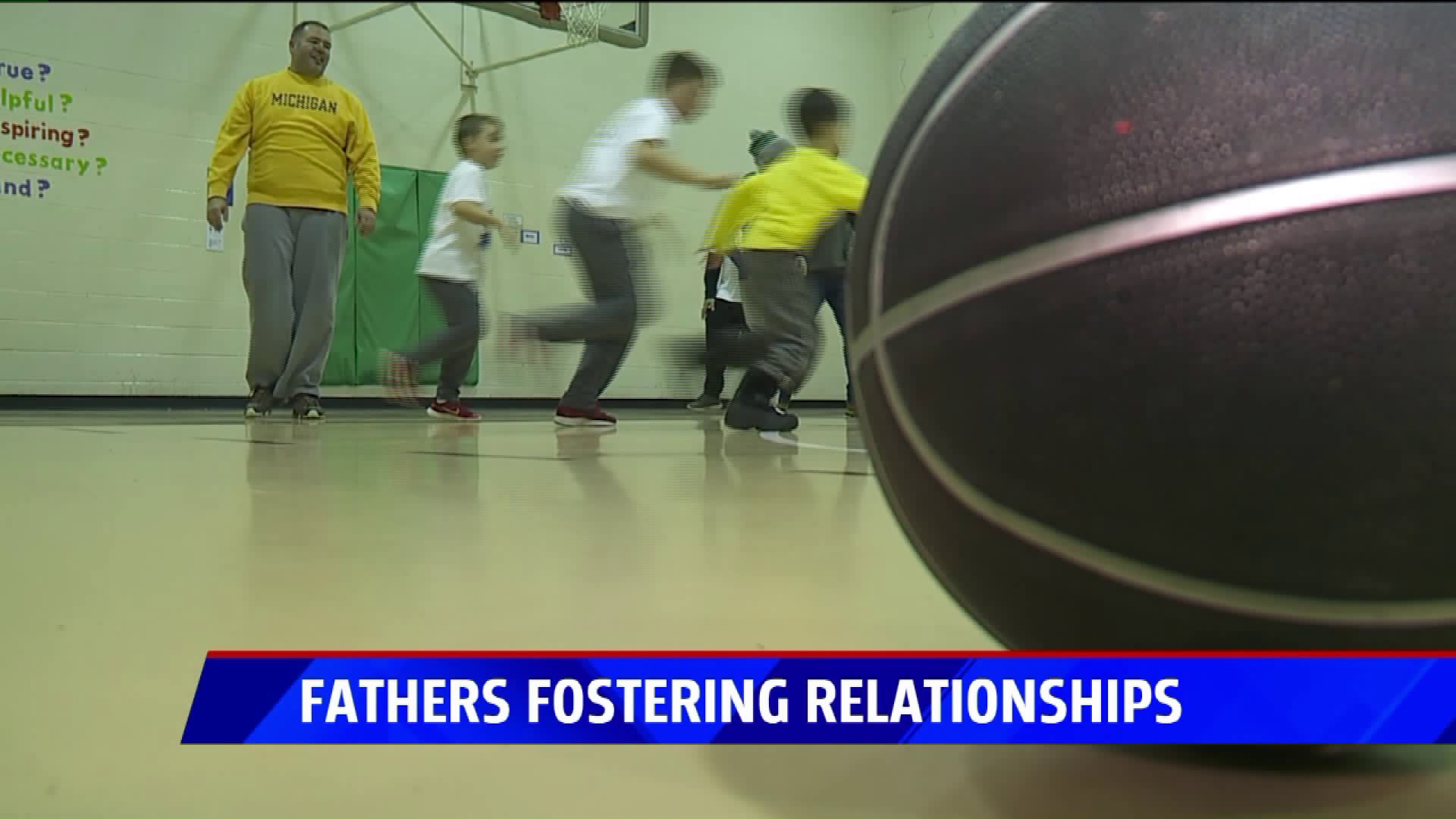 JENISON, Mich.--A program aT Bauerwood elementary school is giving dads more opportunities to volunteer and foster better relationships with their children.  The program is making a difference for it's students and school grounds.

It's offering a chance for children and fathers or father figures to interact with one another, a small part of a program started by Jenison dads at Bauerwood elementary school that's making a big impact.

"A lot of children in the community have dads, especially in Jenison, that are part of their lives but some don't so we try to mentor in the schools," says Daniel Bush, Bauerwood top dog.

The D.O.G.S, also known as Dads of Great Students, come into their children's classrooms and watch over them often interacting with other students who's dads may not be able to do the same.

"My dad he doesn't come because he has to work a lot so I do like to watch all the Watch D.O.G.S dads come in because they can help us with what we need help with and so there's more than one teacher in there," says Paige Brandt, a Bauerwood student.

But, these male role models are taking it further than actively engaging. They're helping beautify their school with the help of their "pups" at the first annual watch dog fall cleanup.

"The playground is going to look amazing. We don't always look at the grass being greener on the other side, we try to water our own grass so to speak and that's what we really try to stress with our kid too," Bush says of the clean up.

The Watch D.O.G.S tell me they hope their engagement will make an impact on their children and others at Bauerwood, helping students stay focused on their education and feel safer while the watch dogs are on the lookout.

"I just like having my dad here and it's always made me feel good. My dad has been a watch dog since I saw in kindergarten. He wasn't the leader of the watch dogs but he would come in on certain days and it was really fun. I have always looked forward to it," says Daniel Jr. & Todd Bush, Top D.O.G.S sons.

Dads interested in volunteering with the watch dogs can contact the school staff by clicking here for details.