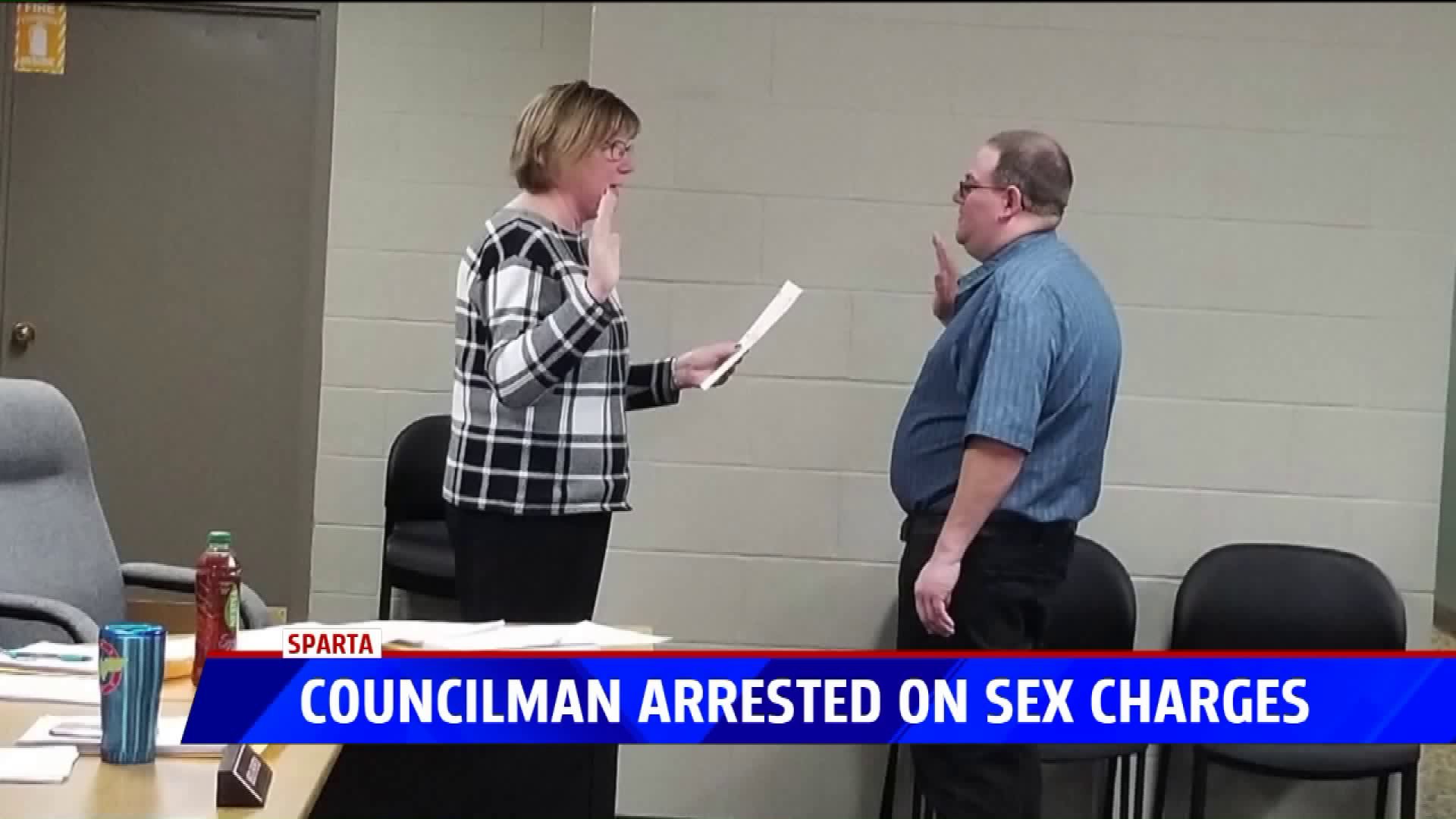 SPARTA, Mich. -- A village council member in Sparta is facing charges after investigators say he tried to meet up with who he believed was a teenage girl.

Investigators say Ryan James Hayes started a texting conversation in September with  whom he believed to be a 14-year-old girl named "Liv." Hayes was actually talking to an employee of the Kent County Sheriff's Office posing as a child online.

Investigators say Hayes steered their conversation to sexual topics during the first day of communicating.  They say he also discussed meeting the girl for a date that would include having sex.

Police say Hayes continued to communicate with the person he believed to be a 14-year-old for two weeks, allegedly planning to have sex once they eventually met up in person.  Investigators say it was communicated the two would meet at Huff Park. Hayes apparently drove to the  agreed upon "meet location," where he was then arrested.

Hayes being sworn in as a village Council member in March 2018.

In court documents, investigators claim that Hayes has admitted to chatting with who he thought was a 14-year-old about "sexual topics" and that he was planning to meet up with the girl at the park.

Hayes was sworn in as a Sparta Village Council in March.  He did not attend Monday night's Village Council meeting, and Village President Kristi Dougan says the council does not have the power to remove him.

"It is a surprise to see somebody who serves their community and wants to do so, would have criminal charges brought against them," Dougan said. "At this point the Village doesn't possess the statutory authority to remove a member based on criminal charges.

According to court documents, Hayes is being charged with one felony count of 'accosting children for immoral purposes' and one misdemeanor count of violating the children's protection registry act with a computer. He is facing up to five years in prison if convicted.

I do not know anything more specific about the charges against Ryan Hayes beyond what was posted on the KCCF website.  We must allow the criminal justice system to work.
As for his status on the Village council, we are unaware of the statutory authority to remove him due to criminal charges nor is there a trigger for immediate vacation of the seat due to arrest.
Ryan has not indicated whether or not he will resign from his post.  He has indicated that he will not be at tonight’s meeting.
The Sparta Village Council will continue work on behalf of our residents in an efficient, effective and positive manner.