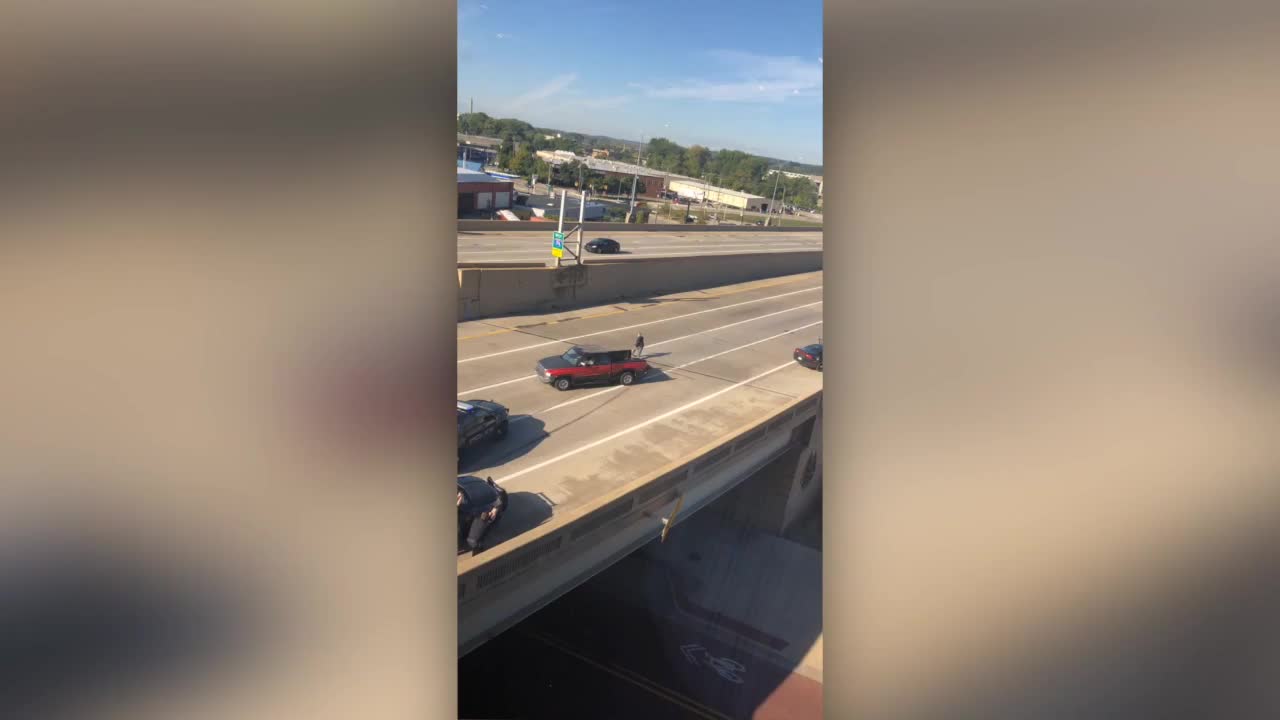 Wyoming Police were searching for Adam Nolin for a homicide that happened Thursday morning in the Creekside Estates mobile home park in the 5100 block of Clyde Park SW. At about 10:30 a.m., Grand Rapids police connected with Nolin in the northbound lanes of U.S. 131 in the S-curve.

Viewer video shows Nolin after he left his pickup truck running and shooting at police officers. A Grand Rapids Police vehicle comes up behind Nolin striking him. Nolin is then taken by ambulance from the scene.  Police say that Nolin is hospitalized with non-life threatening injuries.

The video is below in its entirety. Viewer discretion is advised.