50 dads, 50 states: WMU grad on a mission to write book for fathers 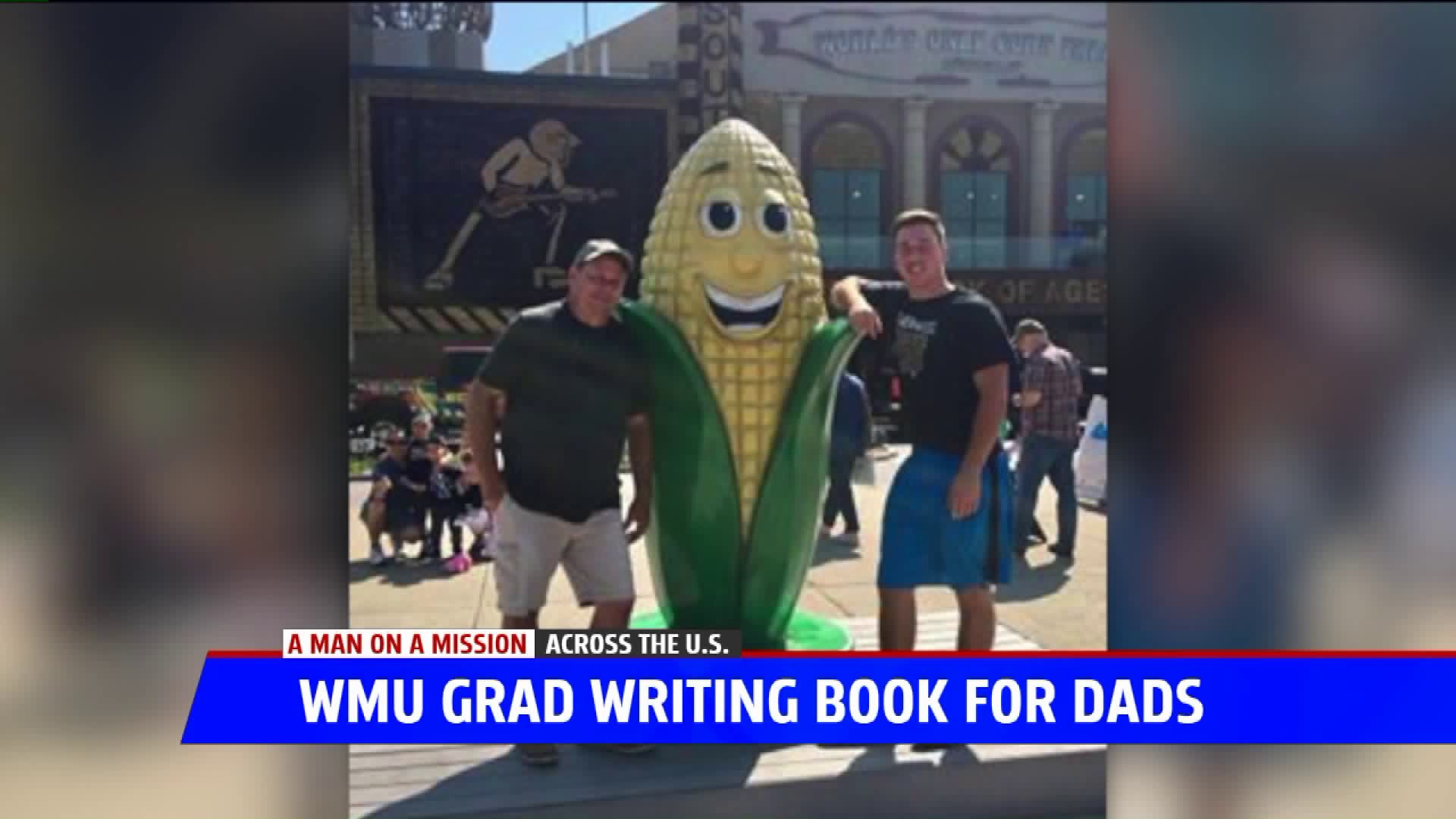 KALAMAZOO, Mich-- Nate Timmons is a man with a mission. The Western Michigan University graduate plans to travel across the country to interview fathers.

He says he is building a book, dad by dad, state by state, page by page. He calls it "The Dad Book."

Timmons hopes to interview as many as 50 dads on how to be an influential father. He laid out his project on Father's Day with a video explaining his need for donations.

"I’ve got people reaching out to be from Florida, California, Louisiana," Timmons said.

But Timmons himself is not a father. "I don’t want to have my own bias of what fatherhood should or shouldn’t be," Timmons said. "I want it to be that thing that's passed on from father to son, son to child."

And Timmons wants input from all kinds of dads: rich, poor, "really trying to grasp what it means for all these people that might be in different circumstances, kind of what they've done to be that influential parent and to really see what it means to be a father no matter where you came from."

He says he got the inspiration from the most influential father in Michigan, his own father, Tony, whom he plans to also interview for the book.

Timmons plans to work along the way mowing lawns, doing dishes, etc.  He says gas alone will cost up to $7,000, and he is asking for your help to donate to his GoFundMe page.

Timmons said he plans to leave from Michigan in October and live out of a car or a bus.