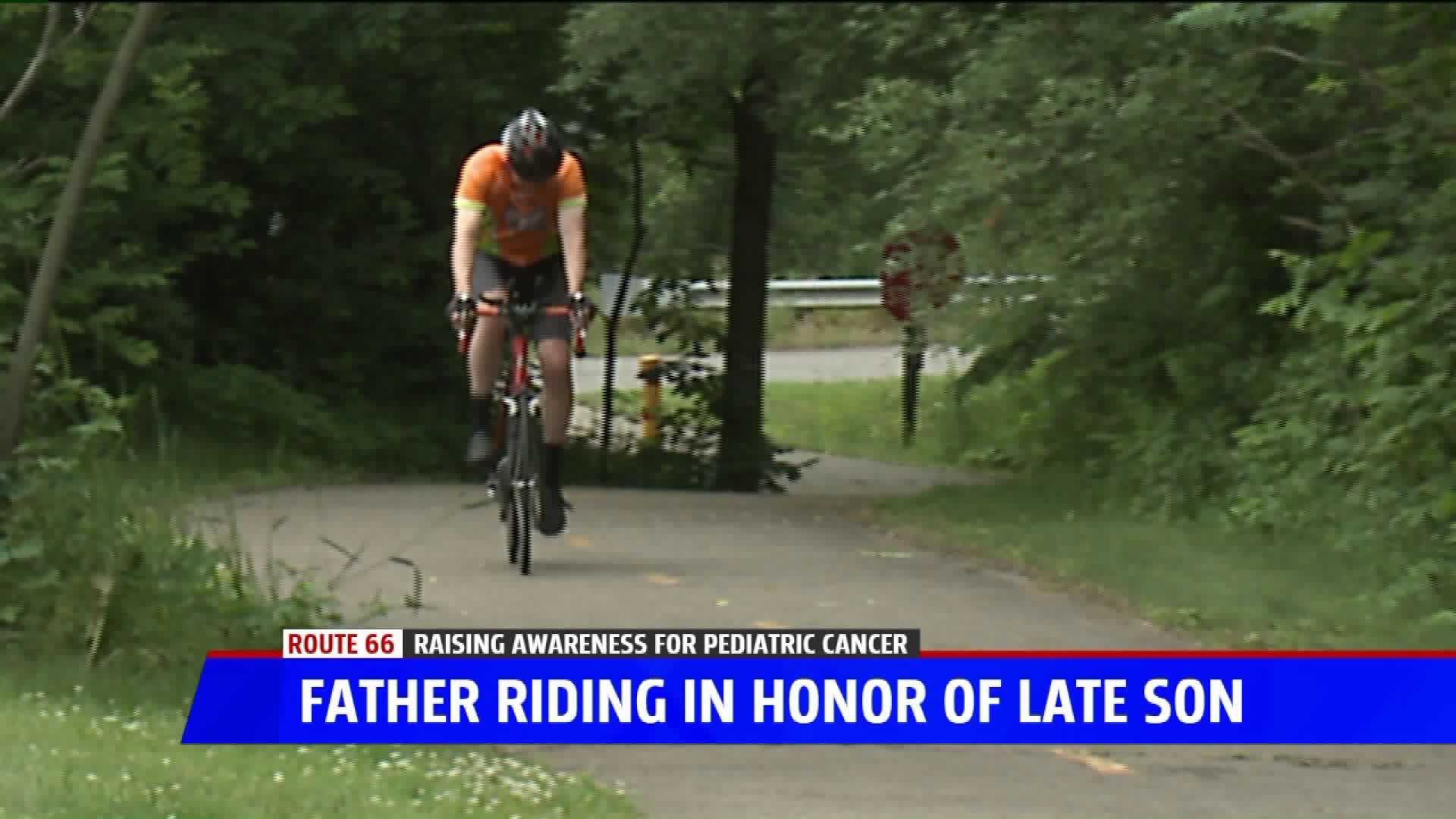 PAW PAW, Mich. -- A West Michigan father is planning to ride across the country in honor of his late son, with hopes to raise money and awareness to one day find a cure for pediatric cancer.

Mark Linder says he plans to ride nearly 2,500 miles on his bike and he is doing it with his late son Kevin in mind.

Mark says his son was obsessed with Route 66 especially the movie 'Cars' which is based on the famous road.

Mark tells us his son dreamed of taking a ride on Route 66 but unfortunately with his treatments, that never happened.

"So my wife and I started talking about it and she said it would be interesting if we could ride our bicycles through each state that Route 66 passed through," said Mark Linder. "

"We started watching a couple of documentaries about bike races across the country which those people are a whole other level of insane and in shape so I said well if we are going to ride part of the way, why don't we just ride the whole way? And she said okay sounds like a great idea you can have fun with that and why don't we do that as a fundraiser as two pediatric cancer organizations that have helped us," Linder said.

Mark plans to take off from Chicago this Friday and be in California by mid-July. But don't worry: his mother-in-law will be following right behind him in a camper.

He is also accepting donations for two pediatric cancer organizations. You can find more information about that and how to join Mark in his ride on his website.