Get to know the candidates: Abdul El-Sayed 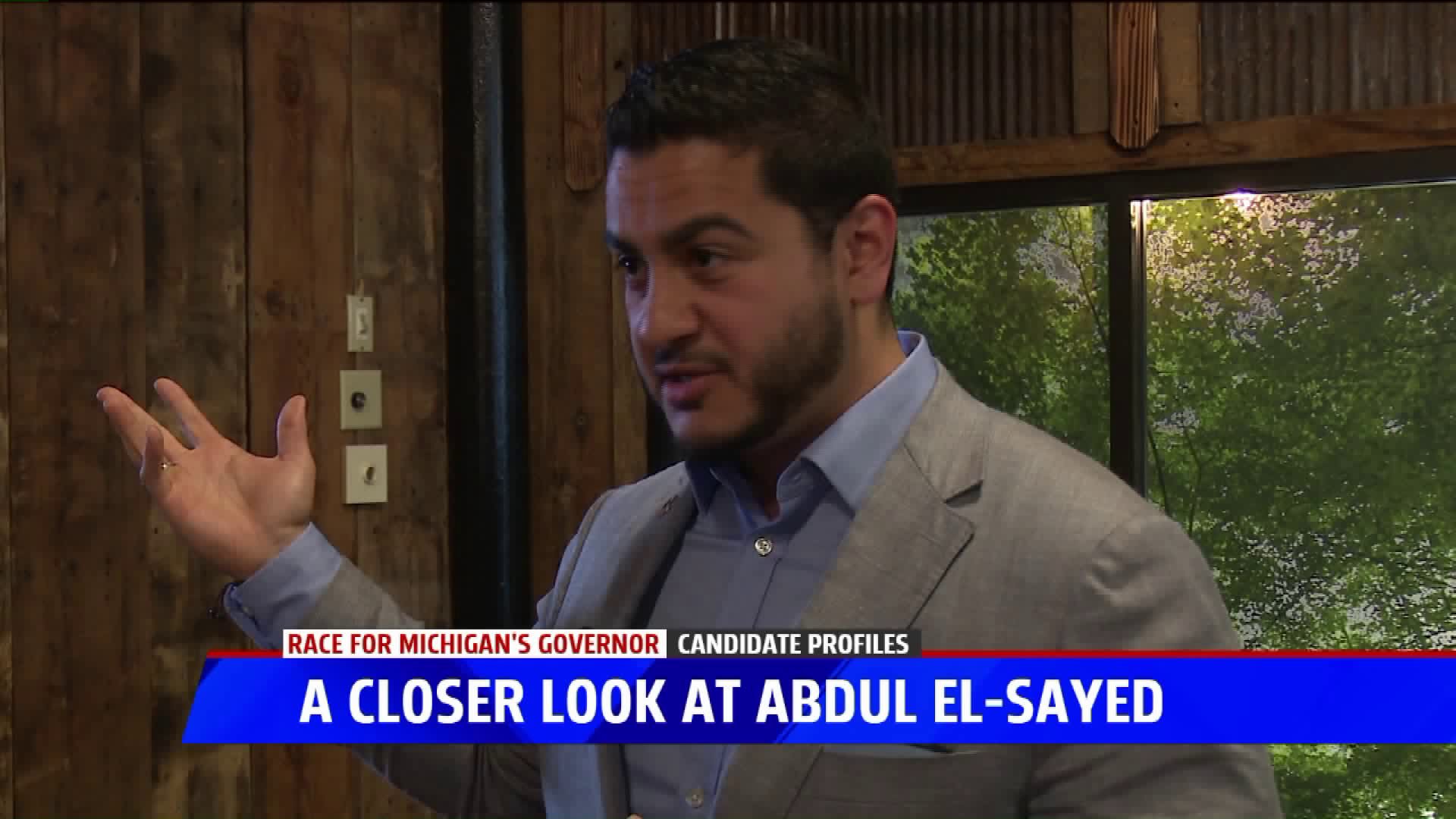 GRAND RAPIDS, Mich.-- Born and raised in Michigan, Dr. Abdul El-Sayed says his bid for governor is about building a state where everyone has an equal shot at building their best, most dignified life.

FOX 17 will be bringing viewers features on each major candidate for governor through an in-depth, personal look at the people behind the ballot. El-Sayed is the first candidate in the series.

“All of who I am is who I am, and I haven’t changed a single thing about myself to run," El-Sayed tells FOX 17.

El-Sayed was raised by his father, an Egyptian immigrant, and his step-mother, a native of Gratiot County, Michigan. He was captain of his high school football, wrestling and lacrosse teams. He went on to play lacrosse for the University of Michigan, where he earned his bachelor's degree. He became a Rhodes Scholar and earned a doctorate from Oxford University and a medical degree from Columbia University. At only 30 years old, he served as the health director for the city of Detroit.

“My work in public health has always been about how we provide people access to a healthy life," El-Sayed says.

El-Sayed's signature issue is healthcare. This week he introduced his "Michicare" plan, a single-payer healthcare plan, which El-Sayed says will be paid for by tax revenue and federal healthcare dollars while eliminating out-of-pocket costs and lowering the cost of auto insurance.

“Insurance companies are just middle men. Every time you want care, you have to call them and fight them for something you already pay for," El-Sayed says. “Businesses save money, individuals save money, all of us get healthcare. It makes sense.”

The candidate stopped in Grand Rapids on Sunday to meet with supporters who got to see the man behind the candidate, one passionate about family and coffee, inspired by Teddy Roosevelt, Martin Luther King Jr., and his wife Sarah.

Just two weeks after launching his campaign, El-Sayed and his wife found out they were expecting. Their daughter Emmalee, now six months old, keeps him smiling through long days on the campaign trail. “She has been the greatest gift," El-Sayed says. "She both reminds me why I’m doing this, and knowing the moments that she smiles can kill any and all of my stress.”

Trying to keep a sense of normalcy while working non-stop on his campaign, El-Sayed says his current Netflix queue consists of Ugly Delicious and Bobby Kennedy for President.

After visiting well over 100 cities in a state that voted for President Trump in 2016, El-Sayed is aware of the uphill battle in front of him. “I’ve always believed that this movement had to be about all of us, not just me, and I’m so thankful that all of these folks feel a part of something and believe in our politics again," El-Sayed says. "I think a lot of people were really frustrated about what happened in 2016.”

He's seen firsthand the downside of politics, facing attacks about his religion. Still, El-Sayed says he embraces his Muslim faith.

“I spent a lot of time really understanding myself in the context of a world where I was always a little bit different, right? In the U.S. I am the Egyptian guy who’s Muslim, and in Egypt I was always the American guy," El-Sayed says.

Rather than deny his roots, El-Sayed says his faith informs his bid for governor. “As a Muslim, I was raised to believe that my faith was about fighting for justice and building a world where everybody had a great shot at their best, most dignified life," El-Sayed says.

The Michigan primary election is August 7.