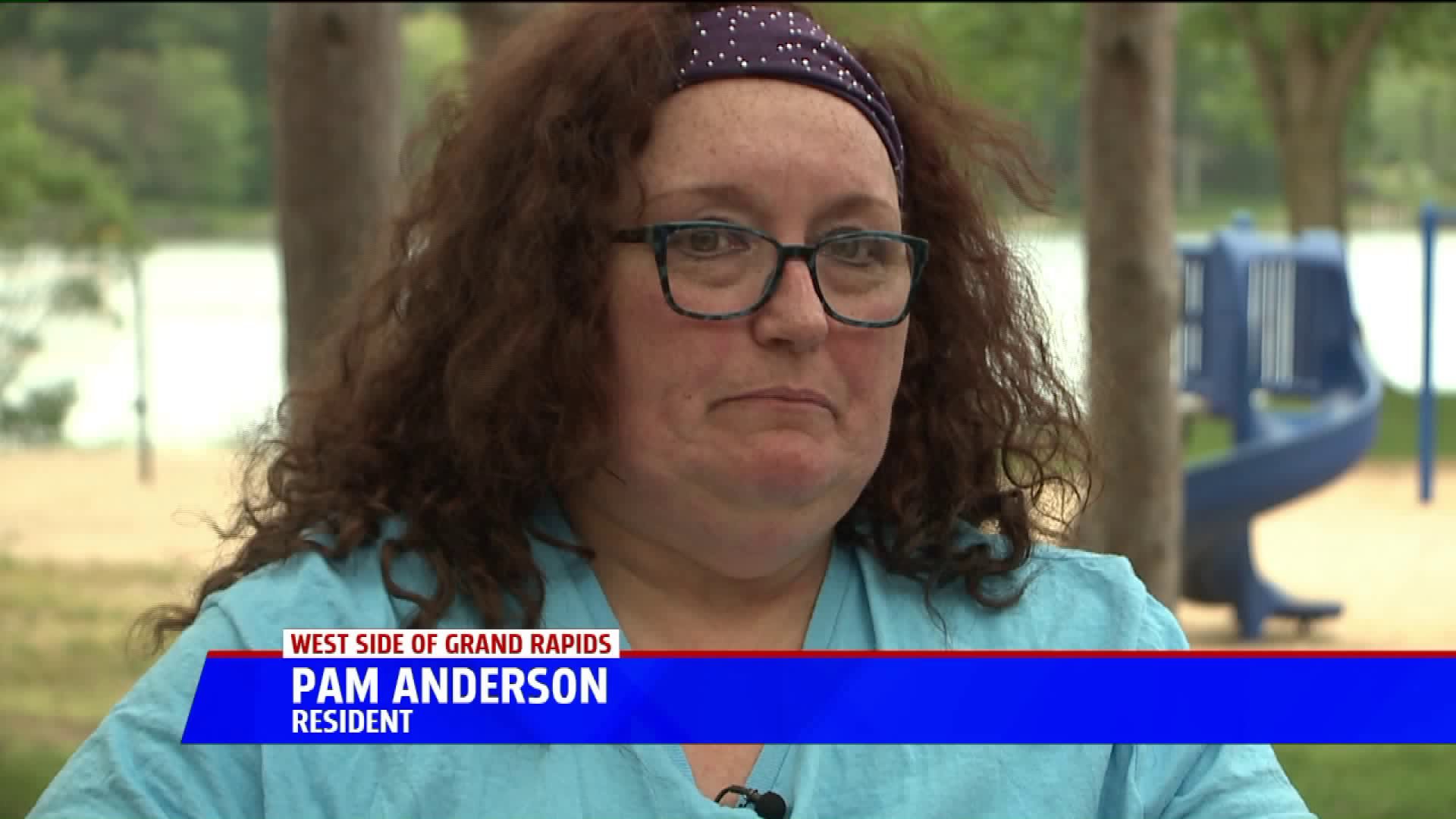 GRAND RAPIDS, Mich. -- An hour before she had to go to work Wednesday, Pam Anderson reviewed some of her research: a list of toxic chemicals in a nearby landfill she believes poisoned the majority of her neighborhood growing up.

Conversations like these started between Anderson and a longtime neighbor on Grand Rapids' westside, but they're growing: Anderson says about 200 former neighbors have died or are sick and researching if the shut-down landfills nearby their childhood homes affected their health.

"All of our friends are gone, your brothers are gone, it’s like what’s, who’s next?" Anderson asked FOX 17.

Anderson was 13-years-old in 1974 when she moved into her house of 20 years with her mother Tina on Indiana Avenue SW, between Butterworth Street SW and Wealthy Street SW. She was less than a mile walk from the old Butterworth landfill. Then in 1994, her mother passed away in her fifties from uterine and cervical cancers.

Anderson and her neighbors noticed a cluster: illnesses including cancer she says among about 75 percent of residents from 1974 and on in the area. Together with the Westside Cancer Crisis group, they're pushing for answers and environmental testing.

The old Butterworth landfill at 1450 Butterworth Ave SW is listed as a "superfund" site for the Environmental Protection Agency, defined as: "thousands of contaminated sites exist nationally due to hazardous waste being dumped, left out in the open, or otherwise improperly managed," where the EPA has authority to clean-up and bill responsible parties.

"I’ve had several miscarriages, I’m thinking about 10 to 12," said Anderson. "I have thyroid issues. I have leg edema."

Some affected residents recently met with Kent County Health Department Epidemiology Supervisor Brian Hartl. Now they're gathering more detailed data so they can analyze whether there are similar or rare cancer trends in the group Hartl says.

"It definitely raises interest," said Hartl. "Obviously, it tells us we need to look further into it, we cannot make any conclusions, or guesses at this point of what’s going on there."

Hartl says they're following CDC guidelines, but calls cluster investigations "challenging." Then, they are beginning discussions of whose jurisdiction it is to conduct environmental testing.

"Unfortunately there have been hundreds of [cancer clusters] investigated throughout the country," said Hartl. "You can look at the CDC protocol for investigating these things, and it says straight up, right in the first couple pages, that very few of them have been linked to environmental exposures."

Anderson says their group plans to address Grand Rapids City Commissioners during their June 5 meeting at 7 p.m., as they continue to research and gather data to give to the health department.

FOX 17 also reached out to the EPA for comment, but has yet to hear back as of Wednesday evening.