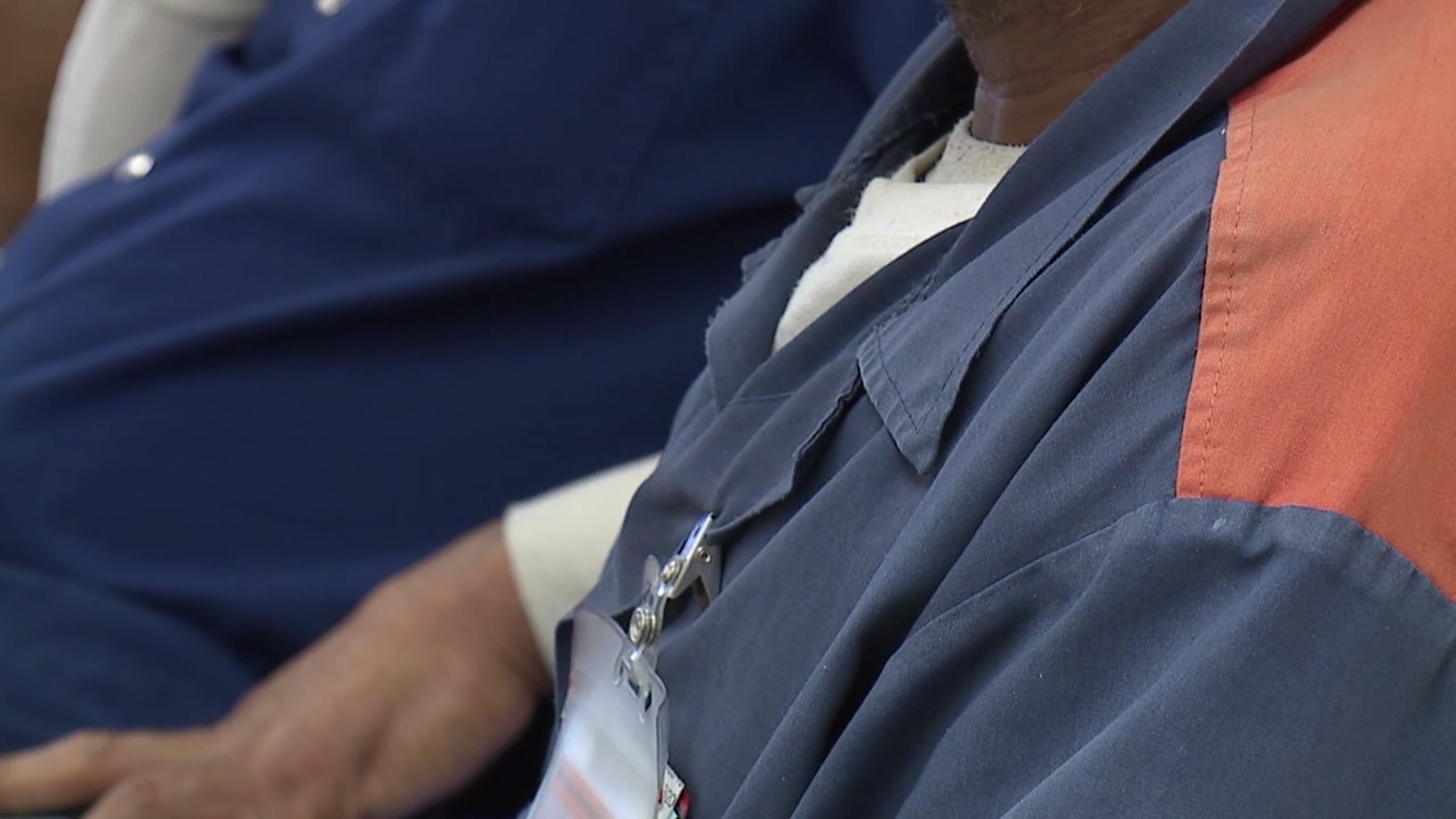 LANSING, Mich. -- We all expect convicted criminals to serve their time, but FOX 17 has found that many Michigan inmates are being forced to stay in prison longer because of a glitch in the parole system.

Some say that is unfair to prisoners. That problem is also costing taxpayers money.

"Terms of Release" often require the completion of rehabilitation programs, but many of those programs are full and many parolees stay stuck behind bars, and you're paying for it.  The Michigan Department of Corrections says that making prisoners eligible for early release for good behavior requires rehabilitation programs.

"Just like the families want their loved ones home, we don't want to keep anybody longer than they need to be in prison," Chris Gautz, the MDOC Public Information Officer, says. "But we're not going to release them until we feel safe and secure, that they're going to be released and not be a harm to society."

Anne-Marie Sweat's 22-year-old son, Triston Adams, can't get into the programs that the parole board told him he needs in order to be released early.  So he's been denied parole twice.

"Once they're sentenced and are in the prison system, it seems like the MDOC and the parole board are kind of working against each other and nothing's ever getting done," Sweat told FOX 17. "My son's been, like I said, flopped twice. He's been moved five times, and still isn't in the program, and there's no promise of him being in the program that he's supposed to be in."

MDOC's legislative report shows that 5,128 inmates need at least one of four programs the parole board wants completed.  256 inmates are past their earliest release date and 194 are less than six months from their early release date.

Kathie and John Gourlay's son Kenneth is stuck in the backlog. He needs program therapy, but Kathie says he was denied therapy for a decade by corrections, which eventually stopped his parole.

"The real problem with that was that the Department of Corrections, up until then, over a period of ten years, had consistently said over and over again that he didn't need it [therapy]," said John Gourlay. "He was in a risk category that didn't require him to take it. The parole board apparently felt differently."

MDOC's April Parole Board Decisions Report shows nearly 68 percent of inmates were deferred because of "current therapy or psychological report."

Gautz admits programming is backlogged. He says there is someone who is always looking into the waiting list and moving people around to fit people into slots when they can.

"It's our number one mission. I mean that's why we're called the Department of Corrections. We're not just prisons. We just don't house individuals. Our goal is rehabilitation. That's what we do," said Gautz.

Gautz adds that MDOC has added therapists, program groups and "telemedicine" to assess prisoners quicker. A parole board member now meets with a prisoner within the first week or so of coming into prison.

State Rep. David LaGrand (D-Grand Rapids) says that prisoners should be rehabilitated from day one and that Michigan's parole system needs reform.  He recommends that families start lobbying their lawmakers.

"Unfortunately, parole is one of those areas where we didn't really ask for enough public accountability over the last few decades," LaGrand says. "So, parole boards tend to sort of operate in isolation. What they do doesn't really get reviewed by anybody."

Lois Pullano is supporting legislation that would require MDOC to have a Family Advisory Board and a Family Liaison position to ensure timely rehabilitation.  She has founded the Michigan Citizens for Prison Reform.

Holding prisoners for not completing programming they haven't been offered yet is costly.  According to the 2018 MDOC budget, prisoners held past their early release dates because of the programming backlog is costing taxpayers about $9.2 million, or about $3,600 per parolee.

"We're not looking to keep anybody here," said Gautz. "We don't profit in any way by having people stay longer. It costs us and it costs the state money, so that's not what we're in the business of doing."

The Gourlays and other parents don't agree, saying prisons eat up a large portion of state budgets. John Gourlay says he thinks gumming up the parole system and holding prisoners longer is a windfall for the corrections business.

"The criminal justice system on the whole doesn't seem to be structured around the idea of rehabilitating," says Gourlay.

Most of the families FOX 17 talked to have loved ones serving time for sex offenses, but the backlog is there for prisoners across the board, including non-violent offenders.  Each quarter, the MDOC publishes a legislative report where they list prisoner backlog and update their plan to address the wait list.