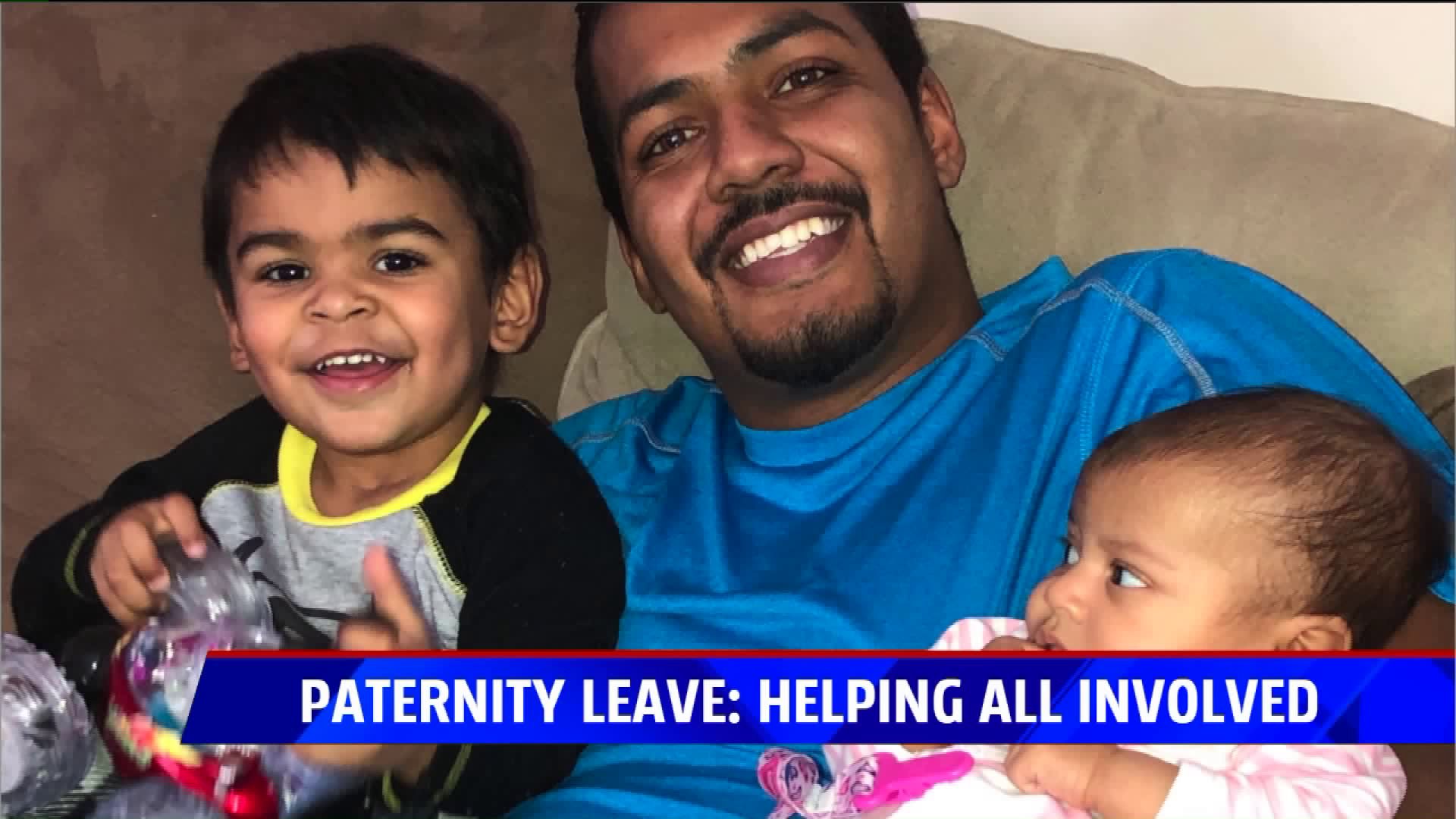 GRAND RAPIDS, Mich. - Giving fathers paid time off after the birth of a child is becoming more common but, while it comes with great benefits for the family, some dads may hesitate to take advantage of it.

A big concern for some new parents is how much time do you take away from work, whether it's due to pay issues, or because of what a particular job requires.

Mark Barnes was offered a position with Fifth Third Bank last year.  His wife Vanessa was expecting their second child and since Fifth Third offered a month of paternity leave for fathers, that was a big factor in taking the job.

"I read it again, because, I said, it can't be right," said Barnes. "It seemed too good to be true."

It was a huge help for Vanessa, who works from home.  It helped with bonding time and to help create routine.

Fifth Third says that 75 percent of all male employees that have been eligible for paternity leave have taken it.

The National Partnership for Women and Families says that men who take two or more weeks off of work after their child is born are more involved with their child nine months later.  The U.S. Department of Labor also praises paternity leave as one way toward gender pay equality.

But, some men are hesitant.  A 2016 study by Deloitte says one third of fathers felt that time away from work could jeopardize their job.

"If employees know you're investing in them and their families, then they will stick around for a while," says Barnes. "That's going to help their retention and be an all-around better experience."