Teen scholarship recipient credits mentor with turning his life around 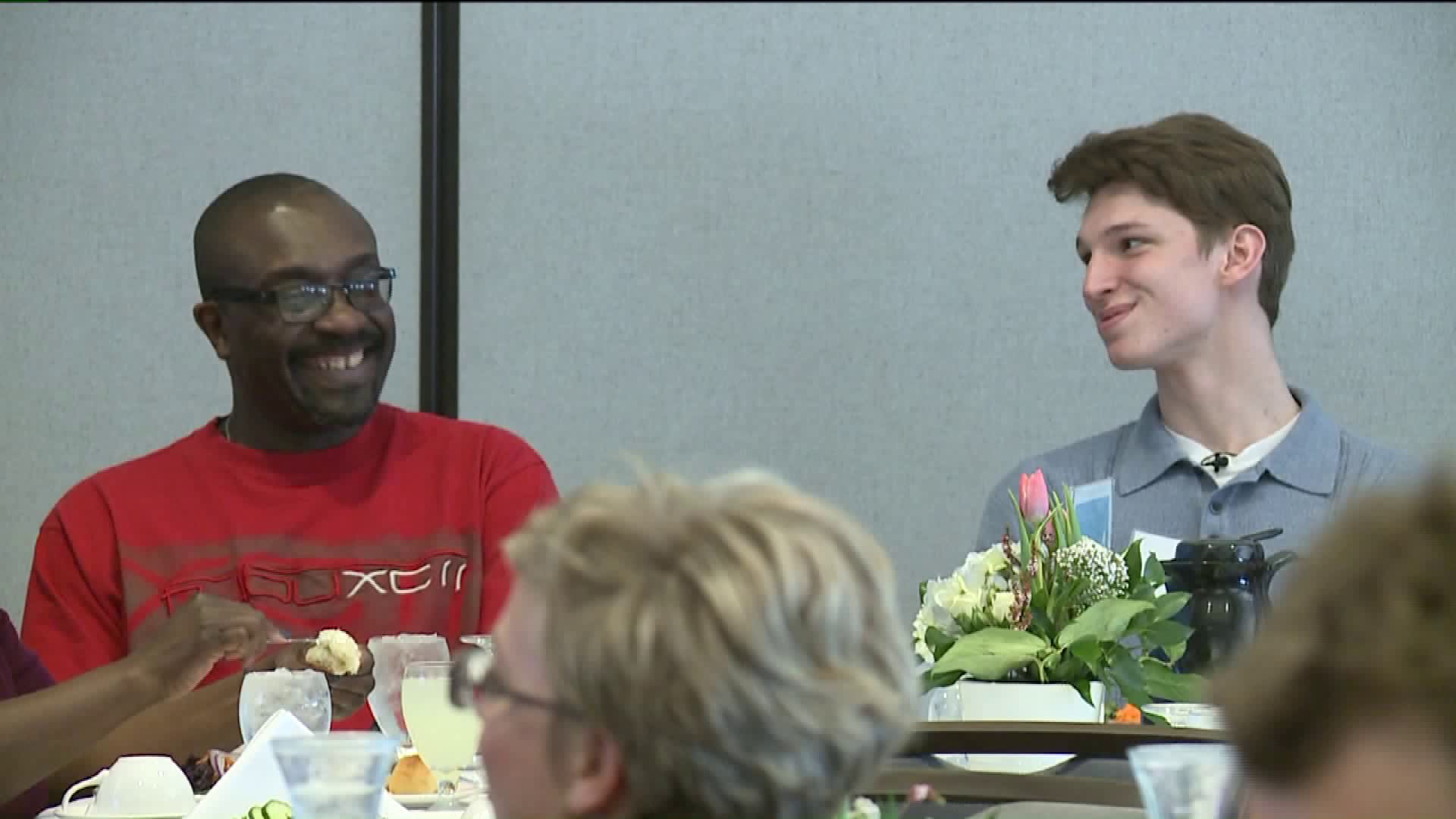 KENT COUNTY, Mich. -- Eben Gardner is one of 15 students who received a $2,000 scholarship from Lake Michigan Credit Union to help pay for higher education. However, the Cedar Springs High School senior said the road wasn't easy.

In fact, his life took a detour at the Kent County Juvenile Detention Center.

Gardner explained, "To get into the detention center, it's really just a lot of family turmoil here and there."

He said he was out of control between 7th and 9th grade.

"I was involved with vandalism, truancy, and as my probation officer at the time [said] showing disrespect towards my parents," Gardner recalled.

As his scholarship application essay describes, he met a staff member named Gino who helped point him in the right direction through the game of chess.

"Every single game that me and Gino played, I lost basically," Gardner said.

He said he lost over a hundred games except the last one.

Gardner recalled, "And, oh man. I remember the smile that he gave to me. He just looked up and said, 'You win'."

"Just knowing that a staff member or somebody that really has no obligation to care for you at all can actually look you in the eye like that and actually give you something to actually look forward to... it was just kind of a changing point," Gardner explained.

It's been several years since he's seen Gino, and he had no idea that was about to change.

"This is a gift for you. I'm not going to tell you what it is. But you already know," Eugene "Gino" Gary told Gardner.

The teen was speechless, overcome with emotion, and surprised to see his mentor.

"Playing chess with him everyday, [I] told him chess is a game of life," Gary told FOX 17.

Gary's worked at the Kent County Juvenile Detention Center for almost 25 years. He said he was overwhelmed reading Eben's essay and being mentioned as Eben's inspiration.

"I learned chess at an early age, and I was taught that you make choices in life and sometimes making choices lead to certain outcomes," Gary said.

"So I found out from my uncle that playing chess.. either your first move is gonna end up being a good move or a bad move, but it's all about making a choice," he added.

Gardner has now found his way and has the same outlook on his future that Gino helped instill through chess.

"I hope that I can beat him again," Gardner smiled.

Gardner is headed to Grand Rapids Community College to study business. Lake Michigan Credit Union said it's been able to award $361,500 to 222 students over the years through its Hutt Scholarships.