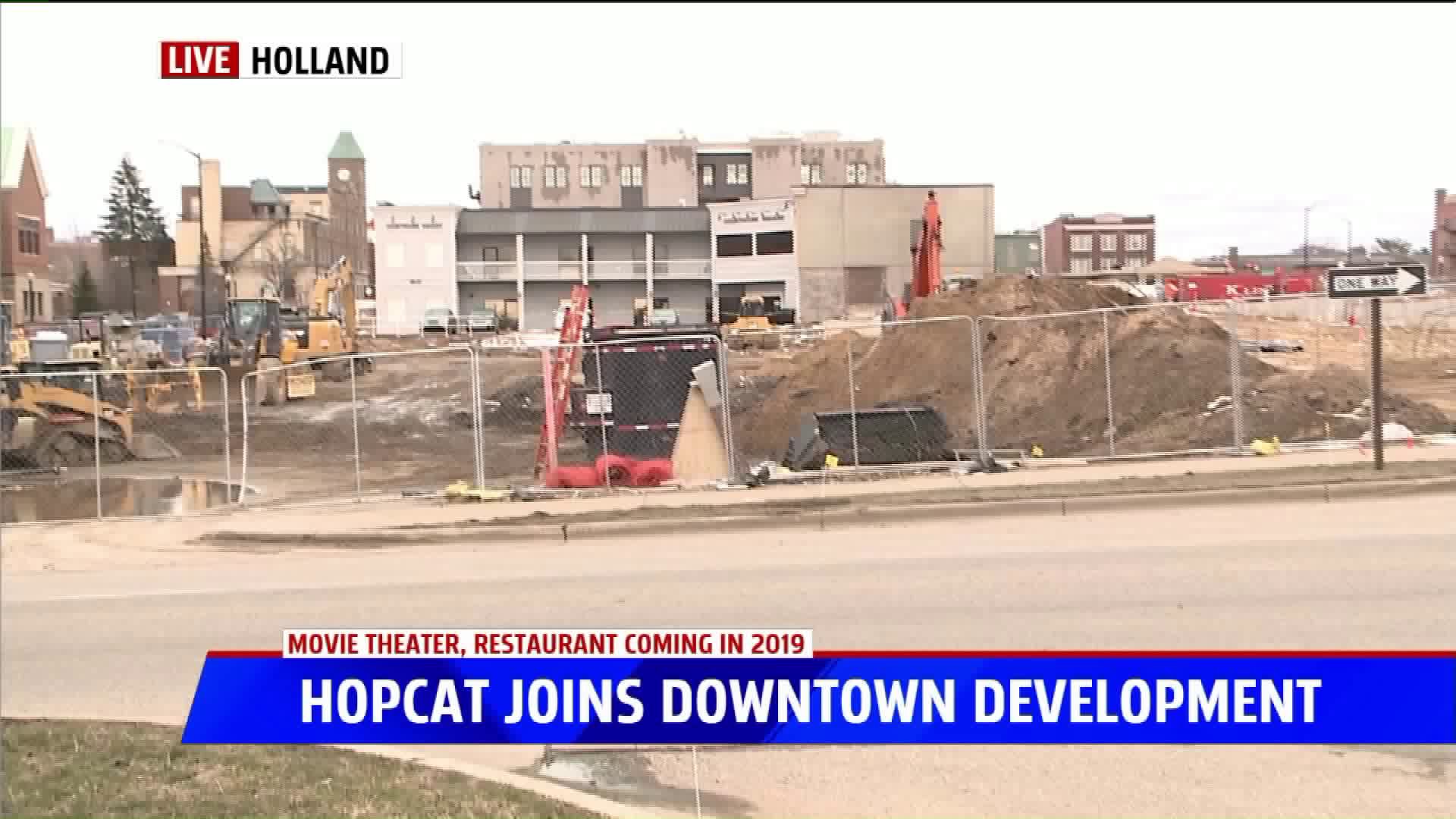 HOLLAND, Mich. -- Downtown Holland is preparing to welcome a West Michigan favorite, Grand Rapids' own HopCat. It's part of a larger development project taking place at the corner Pine Avenue and 8th Street.

"One of the main things that businesses are looking for as they look for talent across the country, they want to say, 'You want to come here, because there's always something going on. We have a lot of opportunities in education and in arts and culture and in nightlife,'" DeBoer explained.

Doug Dekock, with project developer GDK, said he's pleased with the progress. The site will include an 11-screen movie theater, shops, apartments and restaurants.

Chris Knape, marketing and communications director for BarFly Ventures said, "We've been getting people to ask us to open up in Holland ever since we opened up in Grand Rapids."

He said this will be HopCat's 18th location, and BarFly is investing over $2 million into their portion of this project.

City planner Jenna Elswick said the project has cleared all significant hurdles and is well on its way.

"Certainly we're interested in the economic factor, but more so for the economic growth of the city in general," she said.

Elswick added, "The movie theatre especially and HopCat will certainly bring a lot to the city and bring more energy."

An outside seating area along with a 400-space parking garage are also part of the $30-$40 million plan. HopCat expects to open the beginning of next year. The theater is slated to open sometime next spring.