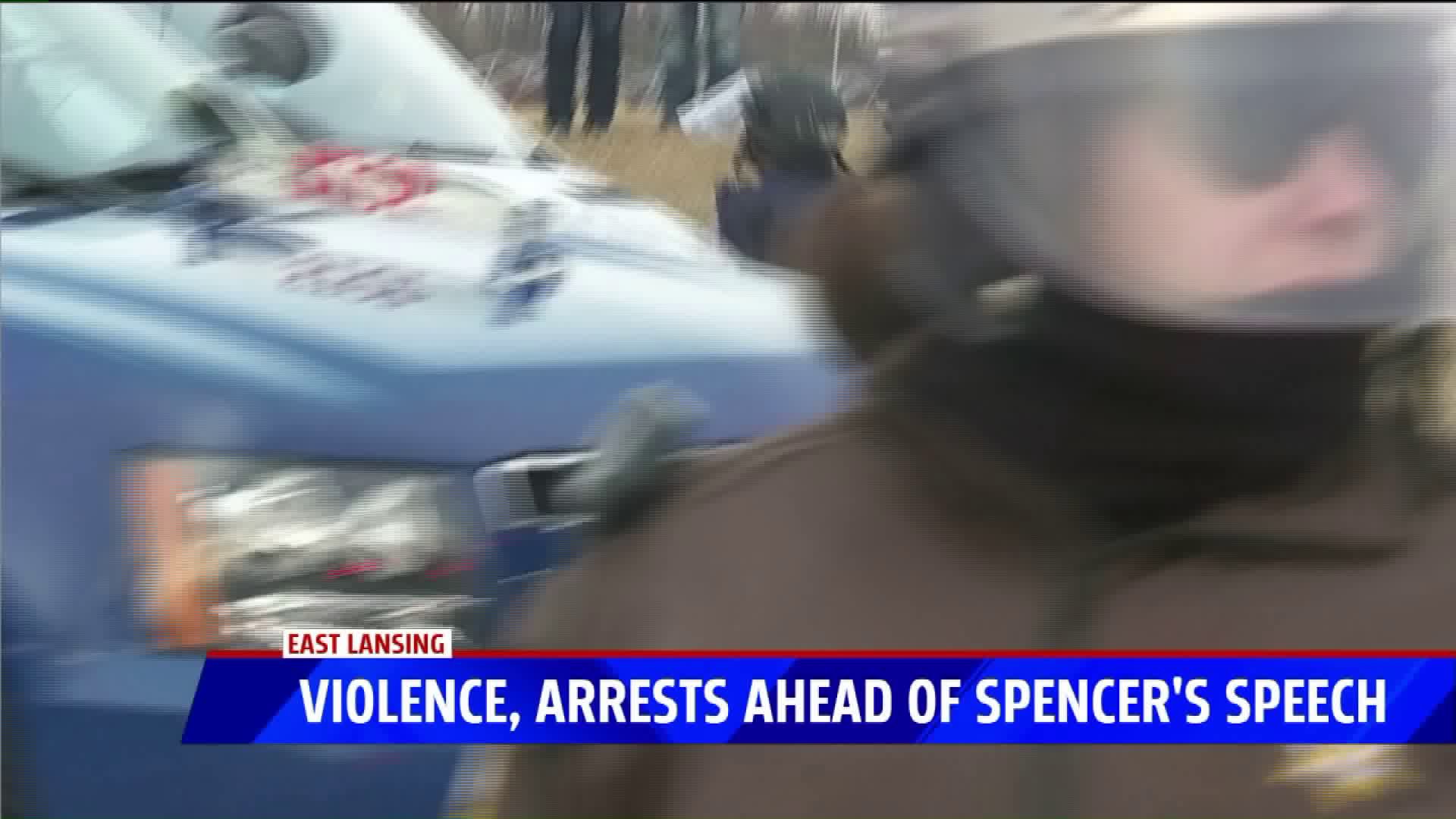 A crowd of roughly 500 protesters gathered in front of the Michigan State University agricultural pavilion, where Spencer was set to speak at 4:30 p.m.  The speech was pushed back to 5 p.m. as violent clashes erupted between his supporters and the protesters.

"This kind of discourse is not acceptable," said Michigan State student Lauren Pepper. "Hate speech is not free speech. Advocating for the destruction of various people based on the color of their skin, their ethnicity is an abomination and abhorred and I don't know why I have to say that but that's why we're here."

"Why is their free speech so valued and so protected but this free speech is not?" Pepper said. "Why is that? Why does the state care about protecting fascists more than protecting college students? It just doesn't make any sense to me."

Twenty four people were taken into custody during the clashes. MSU Police Captain Doug Monette said some could face felony charges.  He also claims police didn't favor either side.

Michigan State only allowed Spencer to speak during the school's spring break when fewer people would be in town. He could also only speak far away from the center of campus.

Some students told FOX 17 they stayed over break so they could come to protest. Other protests and peaceful marches took place around the city and campus Monday.