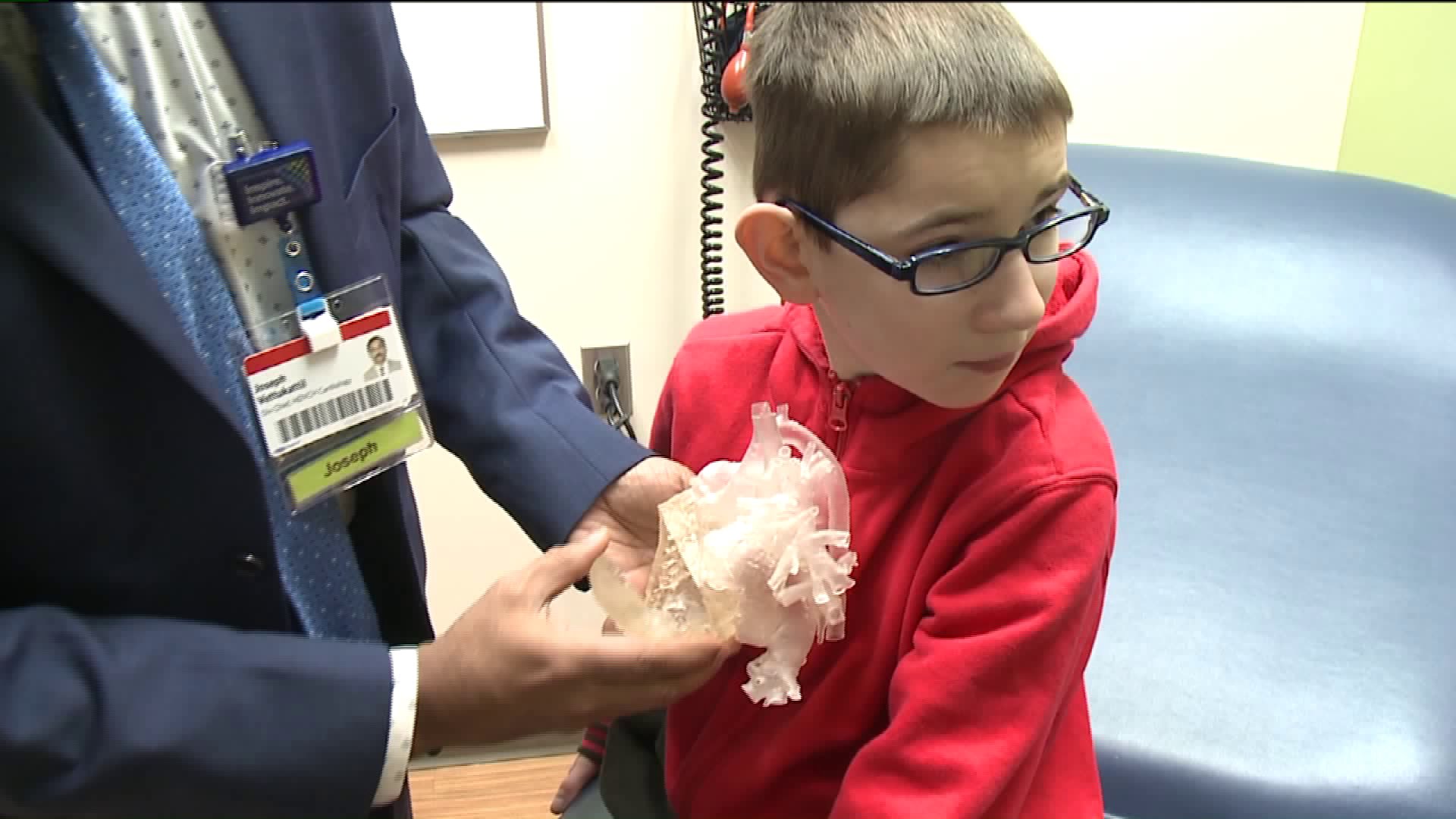 GRAND RAPIDS, Mich. -- A 10-year-old Greenville boy with a series of heart defects is getting a new lease on life, thanks to new technology at Helen DeVos Children's Hospital in Grand Rapids.

Trent Ahlefeld and his doctors are using a 3D print-out of his heart to decide on treatment options. The technology gives doctors a better visual of what's going on inside a patient's heart when considering treatment options -- including surgery.

And that's an option Trent and his family are willing to consider, after years of struggling to find an answer for his unusual heart condition.

“He was born in California. And we didn’t know right away," said Megan Thompson, Trent's mother. "It was shortly after he was born that we found out he had heart issues.”

Trent's heart is located at the right hand side of his chest instead of the left, and only has one valve that doesn't completely close. There are also abnormalities in the blood vessels between his heart and lungs.

He had surgery on his pulmonary veins two weeks after he was born. The procedure helped, but it wasn't a cure.

“So at that point we packed up and came back to Michigan for a little while so he could see my family," said Thompson. "And shortly after that, we went to Boston and he was seen there. That’s where he got his original stents in 2009.”

Trent's parents also stopped at U of M Children's Hospital for help, but eventually wound up at Helen DeVos.

“Probably I think the best decision we’ve made," said Thompson.

They're using a 3D model of Trent's heart to consider further treatment options. That model was produced right at Helen DeVos Children's Hospital via a 3D printer for just $75. The cost used to be thousands of dollars when the hospital had to use an outside vendor for the technology.

"3D printing is relatively new. We weren't doing 3D printing, say, 6 or 7 years back and there's been significant development in the field," said Dr. Joseph Vettukattil, Co-Director of the Congenital Heart Center at Helen DeVos Children's Hospital. "We are now able to provide personalized medicine to each individual and not treat as a condition and treat as a patient. That is facilitated by 3D Printing."

The new technology will help doctors visualize what's going on inside Trent's heart prior to surgery, if he and his family choose that option.

It also gives Trent and his family a better understanding of his heart, and what can be done to make it stronger.

“Like it was 3D and you could flip it around and see the different sides and you could even take off the piece and look inside it," said Trent. "It was cool. It like showed everything of my heart.”