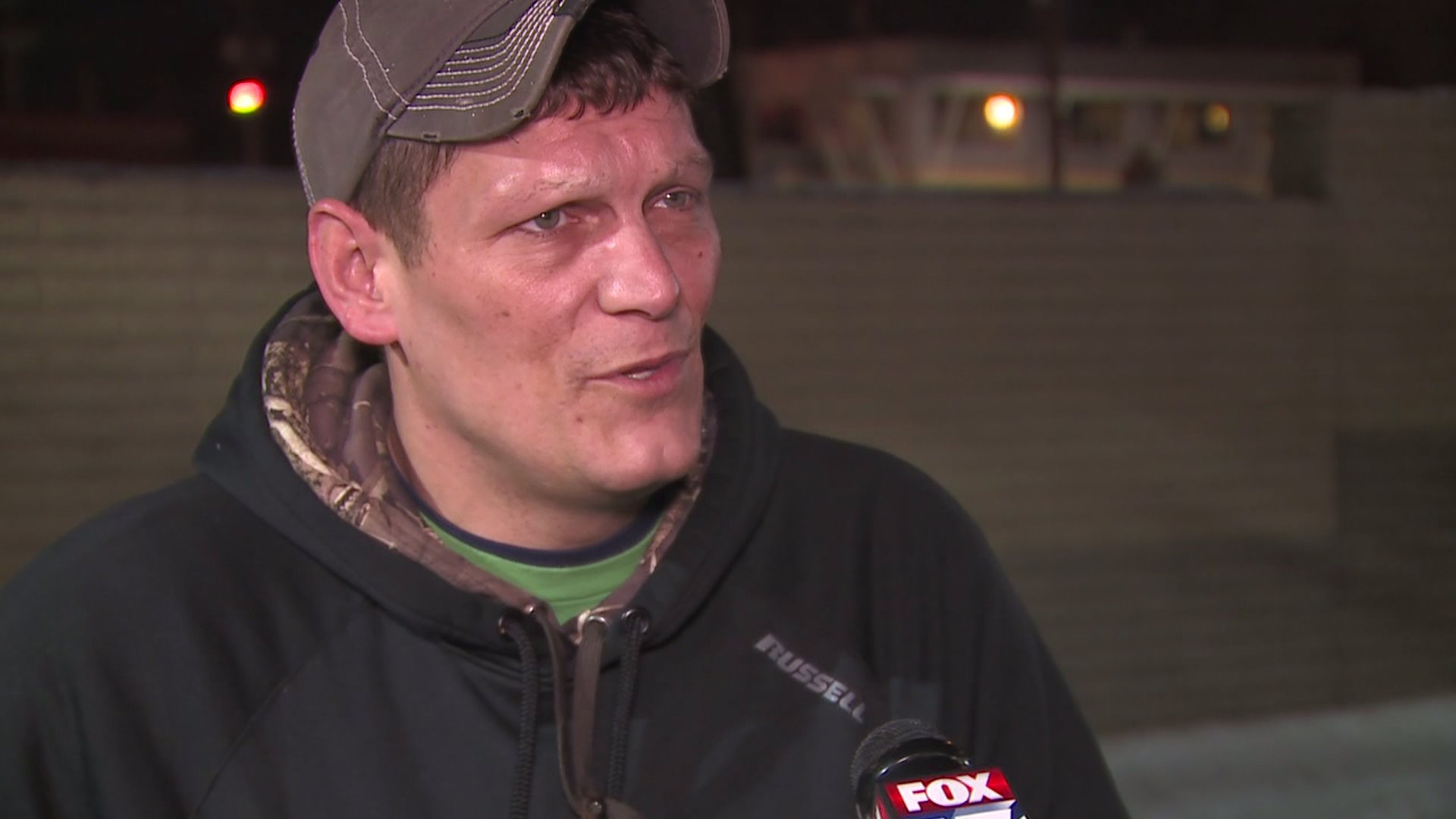 Valery Arreola, 21, and her two children were in a 1999 Nissan that stalled in the roadway when it was struck from behind by a pick-up truck.  Arreola and the children were taken to the hospital, where Arreola died.

Minutes after the crash, a man jumped into action at the scene.  Martin Junglas said he wasn't sure what to expect when he heard a woman's voice asking for help.

"I immediately ran up to the driver," Junglas tells FOX 17.

That driver was Arreola, who was 8 months pregnant.

"I was praying over Valery and she said 'Are my children alright?'" Junglas said.

He says he looked around and saw someone else holding one of Valery's children, and saw the other trapped inside the car.

"Saw her son... in the front seat hunched over," Junglas recalls. "And I immediately ran over to him and picked him up and started breathing air into him.  And on the third breath he started to breathe and started to moan."

Junglas says the child's feet were pinned in the vehicle and he couldn't get him out.

"The fireman used the 'jaws of life' to open the car up."

Junglas says Arreola was pinned behind the steering wheel and only had one thing on her mind.

"Her only concern was for her children," he said. "She didn't care about her injuries or her pain. She just wanted to make sure her children were alright."

It's a sentiment Junglas can identify with. His own 9-year-old son was injured on New Year's Day when a tree limb fell on him.

"My son was unresponsive," he said. "And I breathed into him and he took a breath on the second breath."

As his son recovers just doors down at the hospital form Arreola's 3-year-old son, Martin says his out goes out to her family.

A GoFundMe page has been set up to help Arreola's family with both funeral and medical expenses.