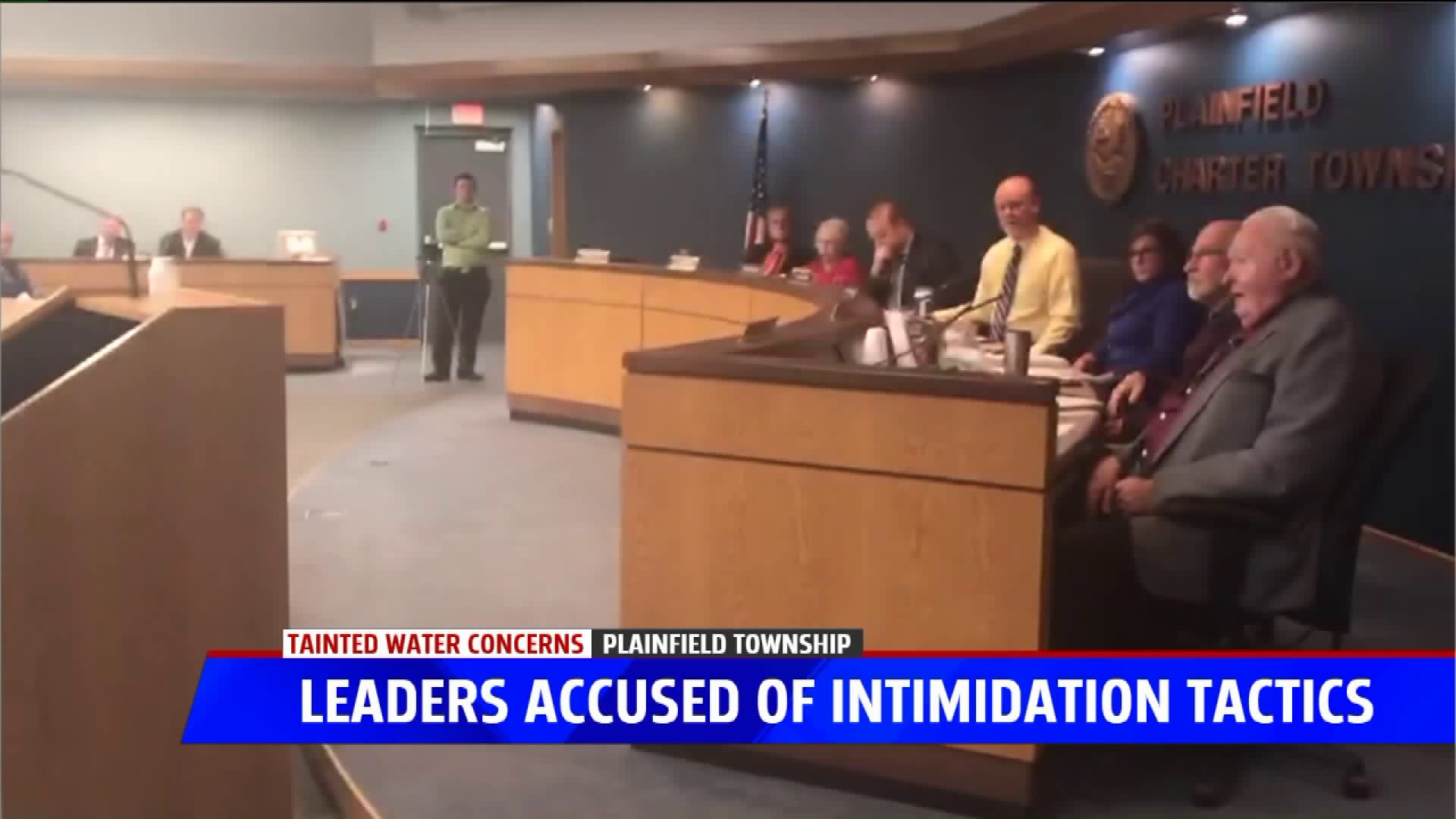 PLAINFIELD TOWNSHIP, Mich.-- For months, many residents in northern Kent County have been trying to deal with the news that their drinking water is contaminated with PFAs and other toxic chemicals due to dumping by shoemaker Wolverine Worldwide that went on for decades. Some neighbors in Plainfield Township say a lot of their frustration isn't with what Wolverine did, but how local government is handling the situation.

After weeks of vetting accusations and reaching out to officials for comment, FOX 17 can now report details of what some members of the Plainfield Township board have been doing behind closed doors.

Accusations shared with FOX 17 began on December 5, 2017 when BC Pizza in Belmont told us someone called them, saying they were with the Plainfield Township board.

“They called my store manager at this location and told us that we were doing more harm than good and we should be careful because we could be liable for slander," owner Tony Griffin tells FOX 17.

The restaurant had just gone public about only using and serving bottled water to its customers to alleviate concerns about the potentially tainted water there.

“When I called the township board to have them first tell me who it was that called us to tell us that we could be liable for slander and to clarify with them what we’re doing," Griffin says. "We still haven’t received any information back from them. No phone call, no email, nobody’s shown up to the door here. We’ve reached out and we hope they reach out back to us.”

Turns out, the call came from the office of Township Superintendent Cameron Van Wyngarden. When FOX 17 reached out to him for comment, he called the matter "yesterday's news." He added that what BC Pizza is doing is not based on actual water quality.

Wyngarden was later confronted by Griffin at a township board meeting on December 11. Griffin took the podium during public comment and asked if anyone else on the board knew about Wyngarden's phone call. Several indicated they had not. Wyngarden remained silent.

BC Pizza isn't alone. Another local restaurant manager, who asked to keep their name and restaurant private, tells FOX 17 that they had something similar happen to them less than 24 hours after they went public about only using filtered water.

Over the span of a month, FOX 17 attempted to reach members of the township board in person, by phone, email and Facebook message for comment. All either declines to comment or were repeatedly unavailable.

Other residents of Plainfield Township have told us they feel that members of the board dismiss their concerns or, in some cases, feel that they are trying to intimidate them into staying quiet about certain issues.

One Belmont resident who does not want to be named gave FOX 17 a copy of a letter he says Township Supervisor Robert Homan sent him on December 4, 2017 telling him he is not welcome to comment at future meetings on a matter concerning a mobile home park near his home, and if he does comment, Homan will further limit his time to speak.

According to the Michigan Open Meetings Act, there may be no rule limiting a period of public comment that denies a person the right to address the public body.

Following these complaints and many more, some Plainfield Township residents have made plans to start a recall effort to remove Superintendent Robert Homan and Trustee Sue Morrow. Cody Angell, the founder of an advocacy group, "Demand Action from Plainfield Township" tells FOX 17 that he and others will be going door to door to collect signatures for a recall.