Long-lost siblings meet for the first time; a reunion more than 50 years in the making 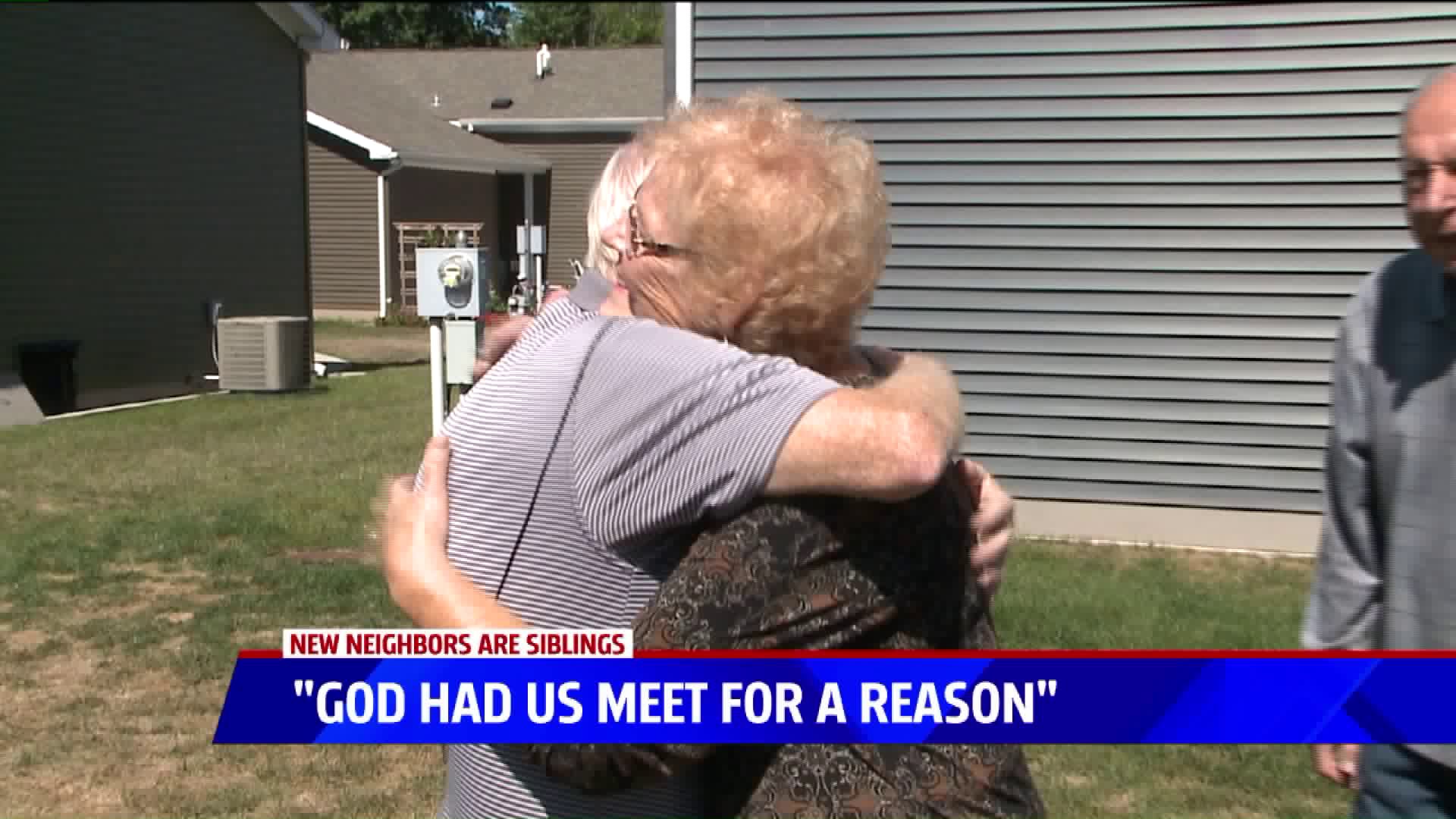 ROCKFORD, Mich. – After more than fifty years, long-lost siblings Philip Osborn and Marilyn Meyers met for the first time after moving in next door to one another at a retirement community.

Unknown to them, Osborn and Meyers had the same mother. Meyers was put up for adoption after birth and Osborn lived with various family members throughout life. It wasn’t until last month the two met each other for the very first time.

“I heard a couple months ago that the house behind me was sold and the man’s name was Osborn,” said Meyers.

Meyers said she’s been searching for her biological family since learning about them in high school.

“That’s when my mother told me my last name was Osborn,” Meyers said.

However Philip Osborn lived his entire life without knowing his sister even existed. That is until the two became neighbors at the Oaks of Rockford. After living in Florida, Osborn moved back to Michigan be closer to his family. Turns out, he moved closer to family than he thought.

“I remember joking with a golf friend of mine and said, ‘maybe he’s my long-lost brother,’ I was just joking,” Meyers said. “Then I asked three valuable questions and the answers were exactly what I thought, and that’s when I knew.”

After confirming the names of Philip’s deceased siblings, the spelling of his mother’s name, and other personal information, Meyers broke the news to her long-lost sibling over breakfast.

“Flabbergasted I guess is the word, I was shocked,” Osborn said.

After accepting the news, the two have introduced each other to their respective families. Even their children have come to accept this unlikely situation. The two say it’s a new friendship they’ll cherish for a lifetime.

Osborn and Meyers haven’t gotten a blood test to verify their findings, telling FOX 17 they’re taking things one day at a time.