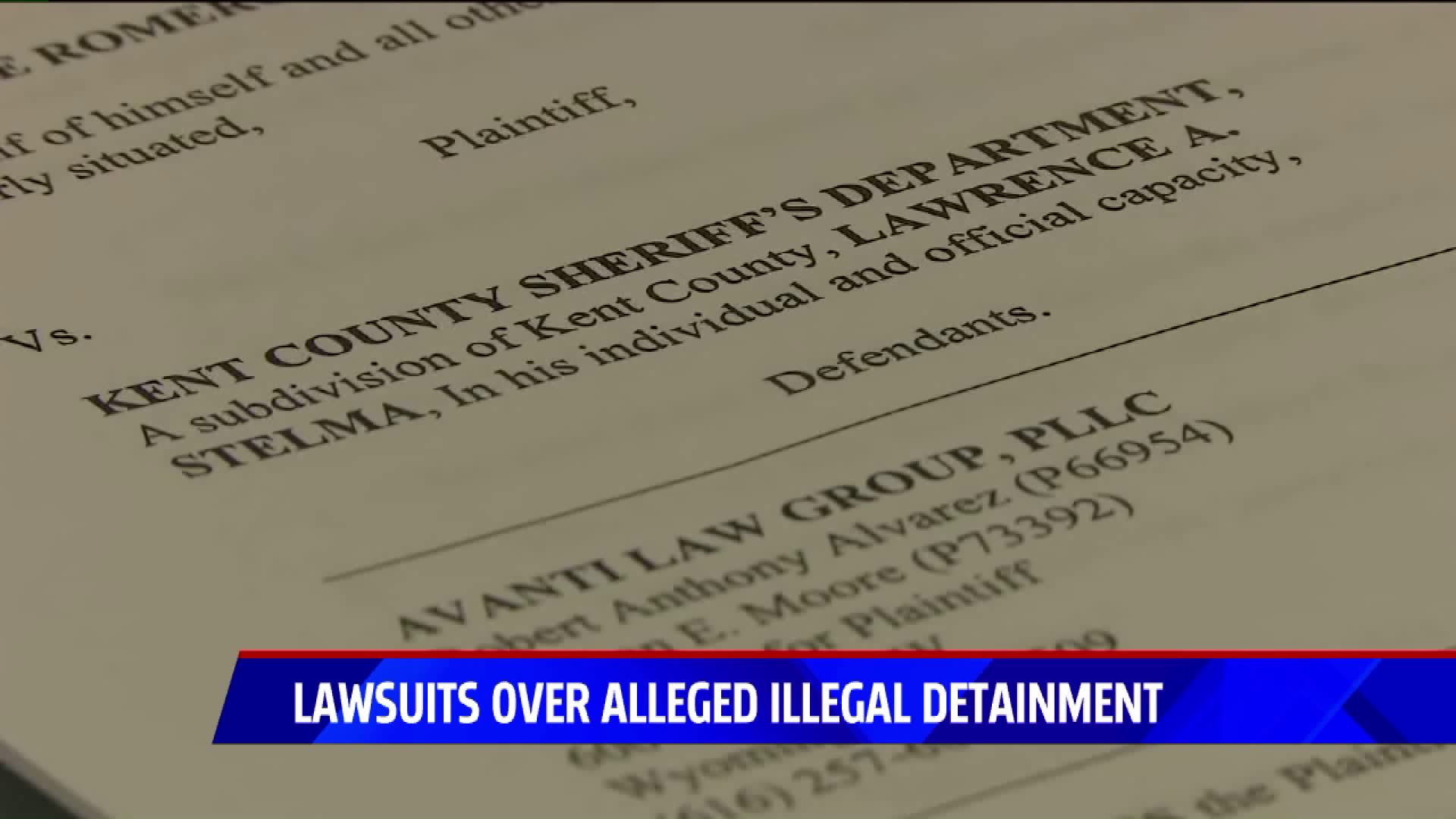 WEST MICHIGAN - Michigan immigration laws are under fire after two Mexican citizens have decided to sue a pair of local county sheriff's departments.

Their lawyer, Anthony Alvarez with Avanti Law Group, PLLC, believes both agencies are unconstitutionally detaining and holding people, which impedes their civil freedoms.

Both cases are very similar: two illegal immigrants from Mexico were arrested after allegedly committing a crime. However, after posting bond, documents show both sheriffs’ departments still detained the individuals and turned them over to Immigration and Customs Enforcement (ICE). Both men are awaiting possible deportation, but Alvarez says it’s not only unconstitutional for local municipalities to have done this, it’s illegal.

“Don’t you have a duty to uphold the constitution of the United States? And it says ‘you shall not hold someone without probable cause and without a warrant,’ and that’s what they’ve been doing for years,” Alvarez said.

In Michigan, immigration detainers have been a tool used by immigration and customs enforcement for years, as shown by “Trac Immigration.”

“And being unlawfully present in the U.S. is a civil infraction, it’s not a crime,” said Alvarez.

“We’ve seen an uptick in the issuance of these detainers under President Trump,” Alvarez said. “And this is not just about immigration status, this is about following the constitution and ensuring the government cannot hold people illegally.”

Alvarez is now fighting back. In Kent County, Alvarez is representing Jose Romero-Lara, an illegal immigrant arrested on domestic violence charges. He says even after Romero-Lara was granted a personal recognizance bond from the court, the county detained him for 72 hours and turned him over to ICE.

“The minute the court said you’re free to go on your own personal recognizance, Mr. Romero-Lara was free to go,” Alvarez said.

“I love him with all my heart and it hurts to go through this situation we’re going through,” San Juanero said. “I’m hoping for them to see what’s happening is not right because they’re separating families.”

As of this week, the same law firm is suing the Allegan County Sheriff’s Department, representing Aaron Lopez Lopez who has been in the U.S. since 2001. Lopez Lopez is also facing deportation following similar circumstances.

ICE was unable to make a comment based on the pending litigation. Meanwhile, both Sheriff’s departments say they have not received the paperwork on the lawsuits in question.