Social media a lifeline for those dealing with Harvey’s aftermath 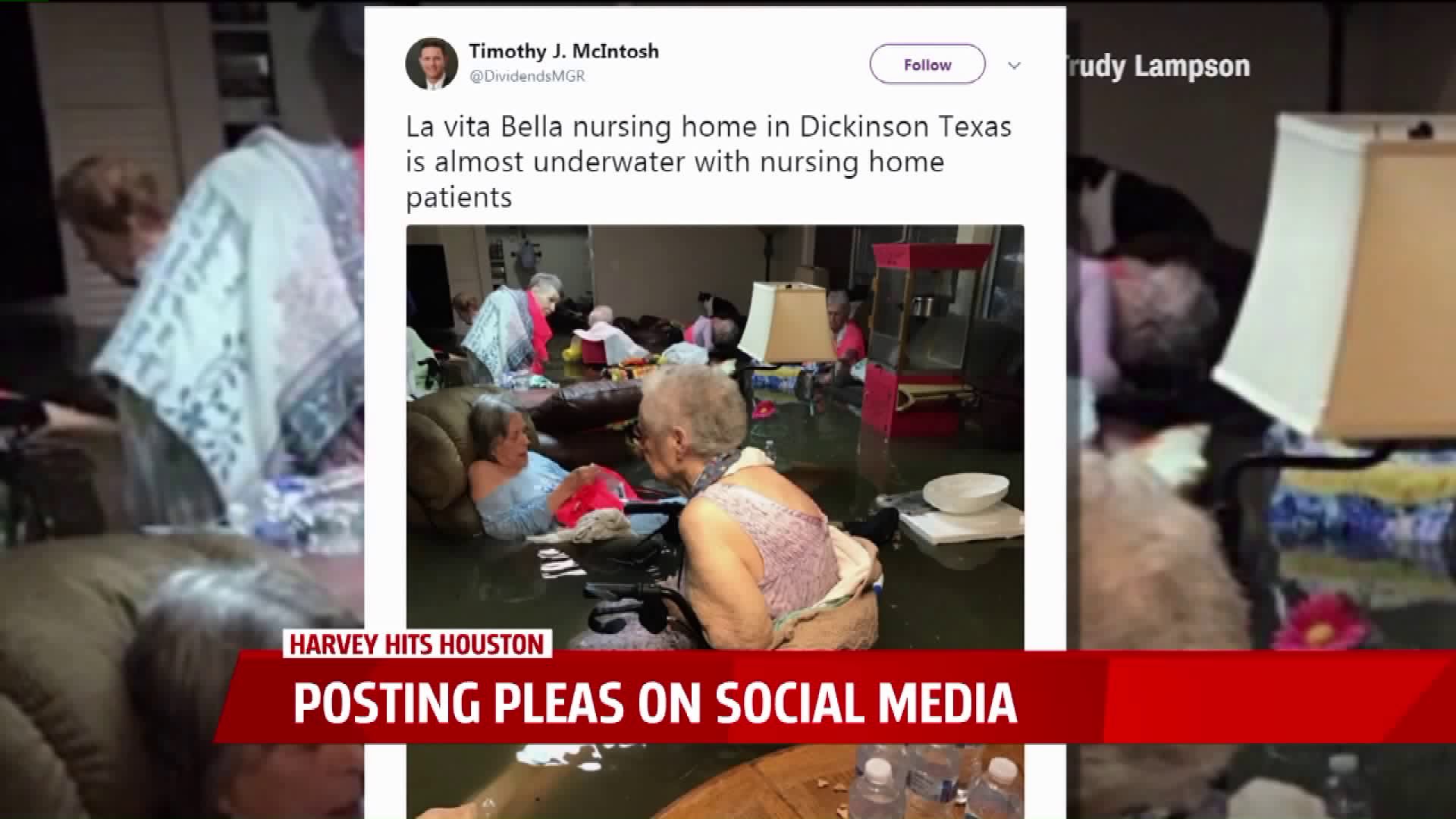 GRAND RAPIDS, Mich. -- As flood waters rose at La Vita Bella Nursing Home near Galveston, Texas Tuesday, the son-in-law of the home’s owner sent out a desperate plea for help – over Twitter.

Timothy McIntosh was one of hundreds, if not thousands, to turn to social media for aid this week in the aftermath of the worst American weather event since Hurricane Katrina in 2005. Back then, social media barely existed – Twitter hadn’t hit the web yet and Facebook was still “The Facebook.”

But ten years later, it’s become a resource for those still seeking relief from the storm’s damage.

“Even when the phone lines are out, chances are cell service hasn’t gone down yet and it’s a great medium to use because people are plugged in,” said Will Scott, CEO of digital marketing firm Search Influence based in New Orleans. “Even if everything else – you know, your powers out, you have no television, whatever the case – you’ve got your phone. Everybody’s got their phone.”

And people are using them. One Facebook group in particular had garnered over 70,000 posts - most of them requests for help - and real-time commenting showed people were listening.

Ed Gonzalez, the sheriff in Harris County which is home to the city of Houston, was corresponding directly with those in need of aid. It’s an example of officials buying into social media’s encroachment into rescue and relief efforts following catastrophic events – weather related or otherwise.

“If we are in positions of authority or positons of being the disseminators of information,” said Scott, “we may have a responsibility to adopt these channels which aren’t as natively comfortable for us.”

Even as some agencies, like the U.S. Coast Guard, continue to urge help-seekers to contact aid through 911 primarily, even they aren’t tuning out the advantage social media can provide in times like these.

To report a #harvey emergency you must call numbers below or 911 for assistance. If busy keep trying. Do not report distress on social media pic.twitter.com/2YROOVWwDk

“We’re monitoring every media source available. What’s coming into call centers, but even what’s out of the twitter feeds,” said USCG Vice Admiral Karl Schultz during a Tuesday press conference. “We’re looking at google maps to see where those twitter feeds are coming from, if there’s a concentration of calls, so we can even be a little more proactive to determine where we are.”