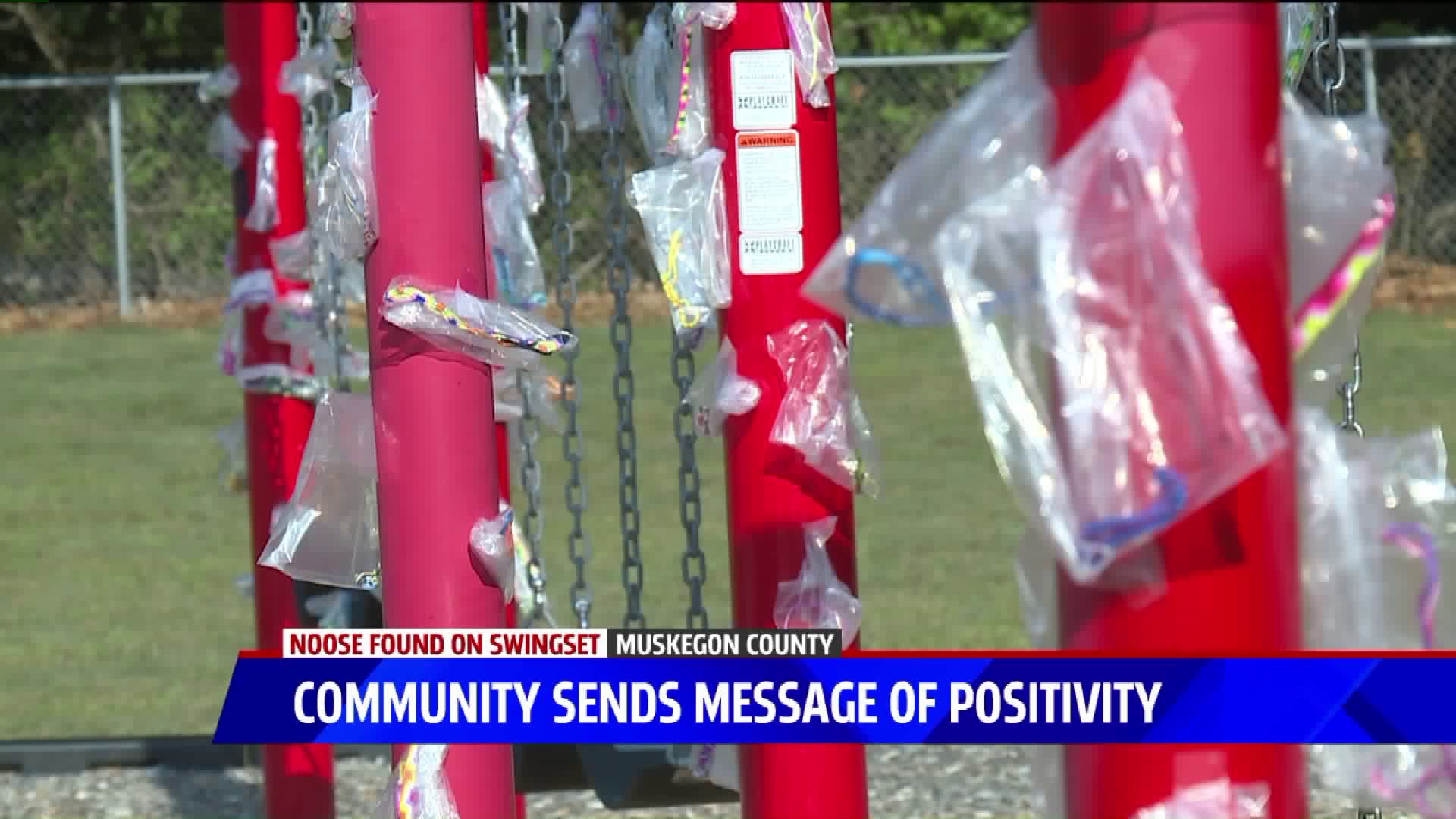 MUSKEGON, Mich. -- A group of Muskegon area residents took it upon themselves to fight hate with love following the violence in Charlottesville, Virginia.

Two weeks ago, a noose, a symbol of violence and racism, was found hanging on the swing set at Glenside Elementary School. It haunted resident Sarah Barnard to the point she felt she had to do something.

“I really have a big heart for kids, and I was up a couple nights with it," organizer Sarah Barnard said.

Barnard and others placed friendship bracelets on the swing set where that noose was found. They said they’re hoping to teach an important lesson to the youngest members of the community.

“Something that could be more loving and happier, colorful. So I thought of friendship bracelets where people’s hands are going to create something," she explained.

Her and a group of volunteers took action by turning a negative use of rope into a positive. Barnard and community volunteers, many from the Progressive Democratic Woman’s Caucus, taped at least a hundred friendship bracelets to the swing set where the noose once hung. Some bracelets were handmade for this special project.

“We wanted to do something positive for our students, for our scholars and the community to see that this is not Muskegon,” said Muskegon Schools Superintendent Justin Jennings.

Jennings says the hatred behind the noose isn't reflective of Muskegon as a whole with so many other positive things happening like the "Watch Muskegon Go" campaign. Barnard said the bracelets aren’t just for decoration but a special gift for the kids to wear as they head back to school next week.

“So what we’d like to do is have any kids in the community, especially kids of color who may have been offended, horrified or worried by the object that was here prior, come and receive one of these friendship bracelets as a representation of the people in our community... that we really do genuinely care about them," Barnard explained.

Meantime, police are still looking into the noose incident and have been reviewing the school’s security footage trying to find who’s responsible for putting it there.