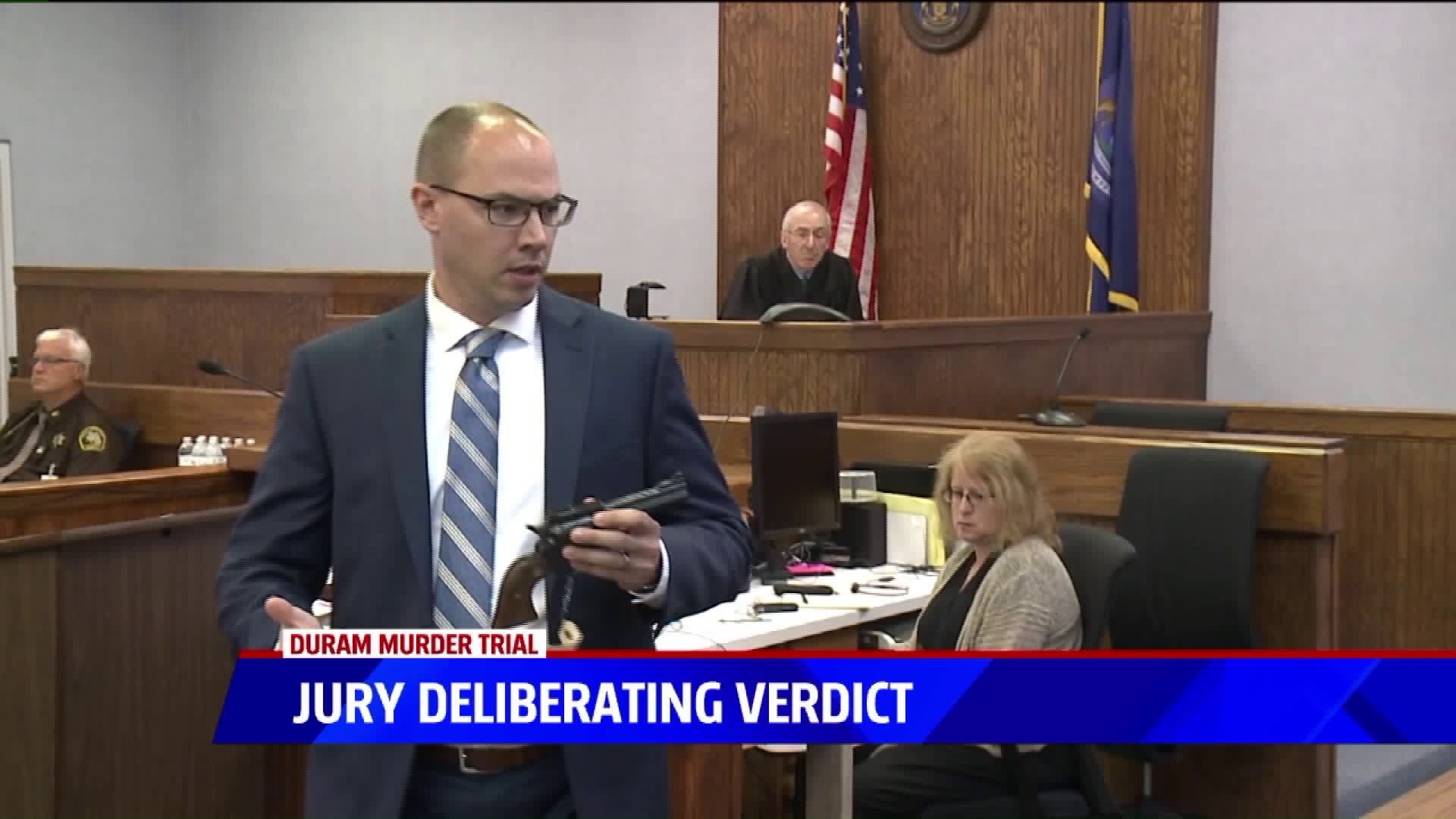 WHITE CLOUD, Mich. - A jury is deliberating the fate of a Newaygo County woman accused of killing her husband.

Closing arguments were heard Tuesday morning in the trial of Glenna Duram, who is accused of killing Marty Duram in their home in 2015.

The trial has lasted ten days, with the defense not calling any witnesses to the stand after the prosecution called 38.  Tuesday, a list of medications taken by Glenna was admitted into evidence, which the defense was hoping to use as a way to show her state of mind at the time of the incident.

Glenna was seriously injured during the incident in 2015.  Prosecutors say that she turned the gun on herself after killing Marty.

The jury can find Glenna guilty of 1st or 2nd degree murder, or acquit her on both counts.