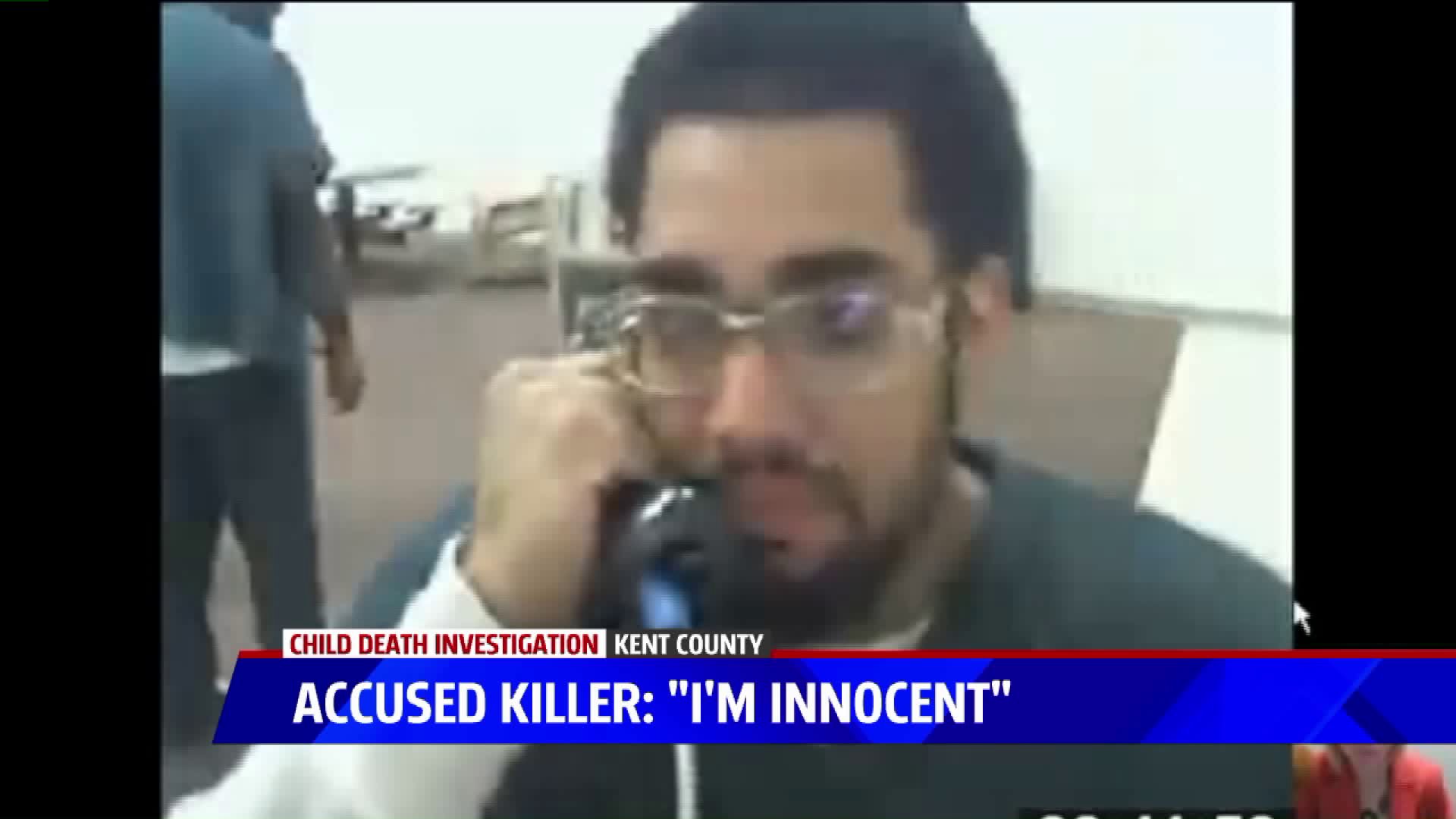 KENT COUNTY, Mich. -- Speaking in front of a computer from the Kent County Jail Thursday, Elis Nelson Ortiz-Nieves tells FOX 17 he was a loving father; the kind of father he never had.

Mid-June Ortiz was charged with first-degree child abuse and the murder of his girlfriend's four-year-old son Giovanni Mejias. During his arraignment he told Wyoming District Judge Sara Smolenski in tears "I'm not guilty!"

Sonja Hernandez shared this photo of her son, Giovanni Mejias, and her boyfriend, Elis Ortiz with FOX 17 and said Ortiz "is the best father I've ever met in my life."

"I want to get my story out there because I’m not a bad person you know?" Ortiz said to FOX 17 Thursday. "I’m a great guy, I’m a great father."

Since February, Ortiz says he was living in Gaines Township with his girlfriend of eight months Sonja Hernandez, together with two of his children, his God child, and four of Hernandez's children: a total of seven kids under the age of 11. Hernandez tells FOX 17 she's known Ortiz since they were kids.

Mid-June while Hernandez was at work, Ortiz watched the children when Mejias died from trauma to his abdomen. According to court documents, Ortiz told police he was trying to relieve Mejias' stomach bloating, while the Kent County Medical Examiner ruled Mejias' death a homicide.

Thursday, as Ortiz waits for his case to move forward in court, he says he loved Mejias like his own.

Mejias' mother Hernandez also spoke with FOX 17 Thursday and said, "[Ortiz] is the best father I've ever met in my life. I would never choose a man over my kids; he's not a bad person. All [Ortiz] did was try to save our son."

She says Ortiz was planning to adopt Mejias, adding that the four-year-old's biological father was not involved in his life.

Heeding his attorney's advice Ortiz was unable to speak about the case but says he prays the truth comes out.

"I love Giovanni to this day," he said.

"I can’t believe I’m being accused of this. You know I wish it was different but, I mean, I don’t know, I leave it all in God’s hands. I pray every day and I pray to God that he can help me through this situation and let the truth come out."

Child Protective Services removed the children from their home as cases progress against Ortiz and Hernandez. Hernandez faces unrelated domestic violence charges. Ortiz is due back in court next month.