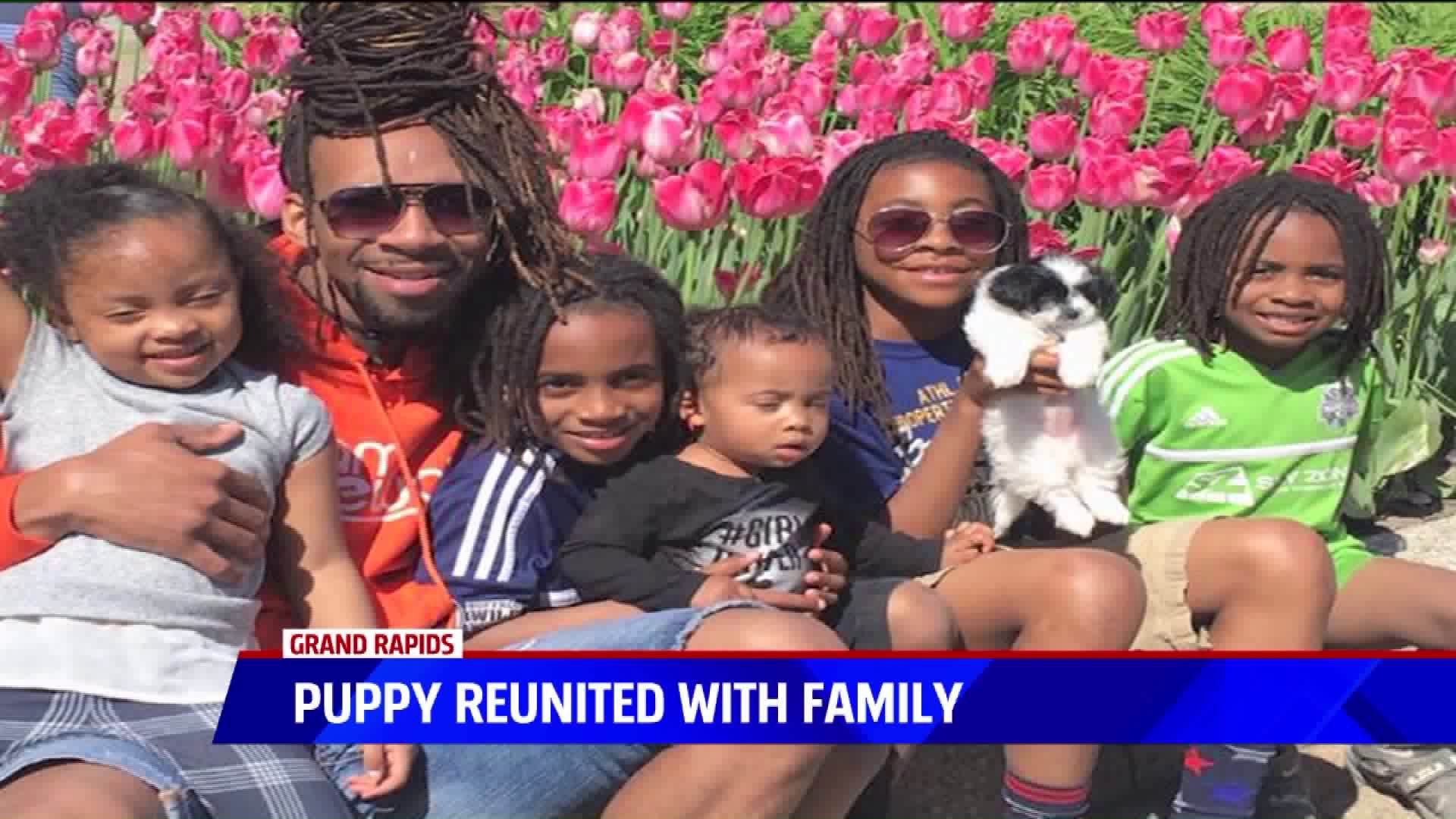 GRAND RAPIDS, Mich. -- A puppy stolen from a child's arms in his own front yard last week is reunited with her family, thanks to some rescuers' detective work.

Last week on Grand Rapids' southeast side, Tiffany Townsend tells FOX 17 her children were playing in their front lawn with their puppy Nyla, a Pekingese poodle mix. Then she says a woman pulled up to their home and grabbed the puppy-an emotional support animal for her son-from her youngest son's arms and sped off.

Then, Founder of Lost Paws, LLC in Grand Rapids Lyndsey Sturgeon and her marketing partner Bianca LaFountain saw the family's post and got involved.

"That little boy was very happy to have his dog back," said Sturgeon. "His mom said he hadn’t slept, he was crying he blamed himself, he was just having a really, really hard time.”

LaFountain saw another woman's post on a Facebook garage sale site trying to sell the puppy. The two rescuers call the woman a "bad thief" and are thankful for it because they were able to take quick action: they arranged a $100 sale the next day, avoiding any accusations to not spook her.

“Being able to get that dog back to them, it was just amazing," said Sturgeon.

And though Sturgeon thought they had little chance finding Nyla once she was stolen, that never stopped them.

“My takeaway was that doesn’t mean it’s not going to happen," said Sturgeon.

"Even though it’s a long shot, you need to pursue it, you need to look on every single possible garage sale site, Craigslist, any kind of a sale site like that."

She also recommends micro-chipping your pet, that way it proves ownership despite not having paperwork on hand.

As for the Townsend family, they're thankful to be reunited and plan to press charges against the thief.