Man charged with murder in death of 4-year-old boy 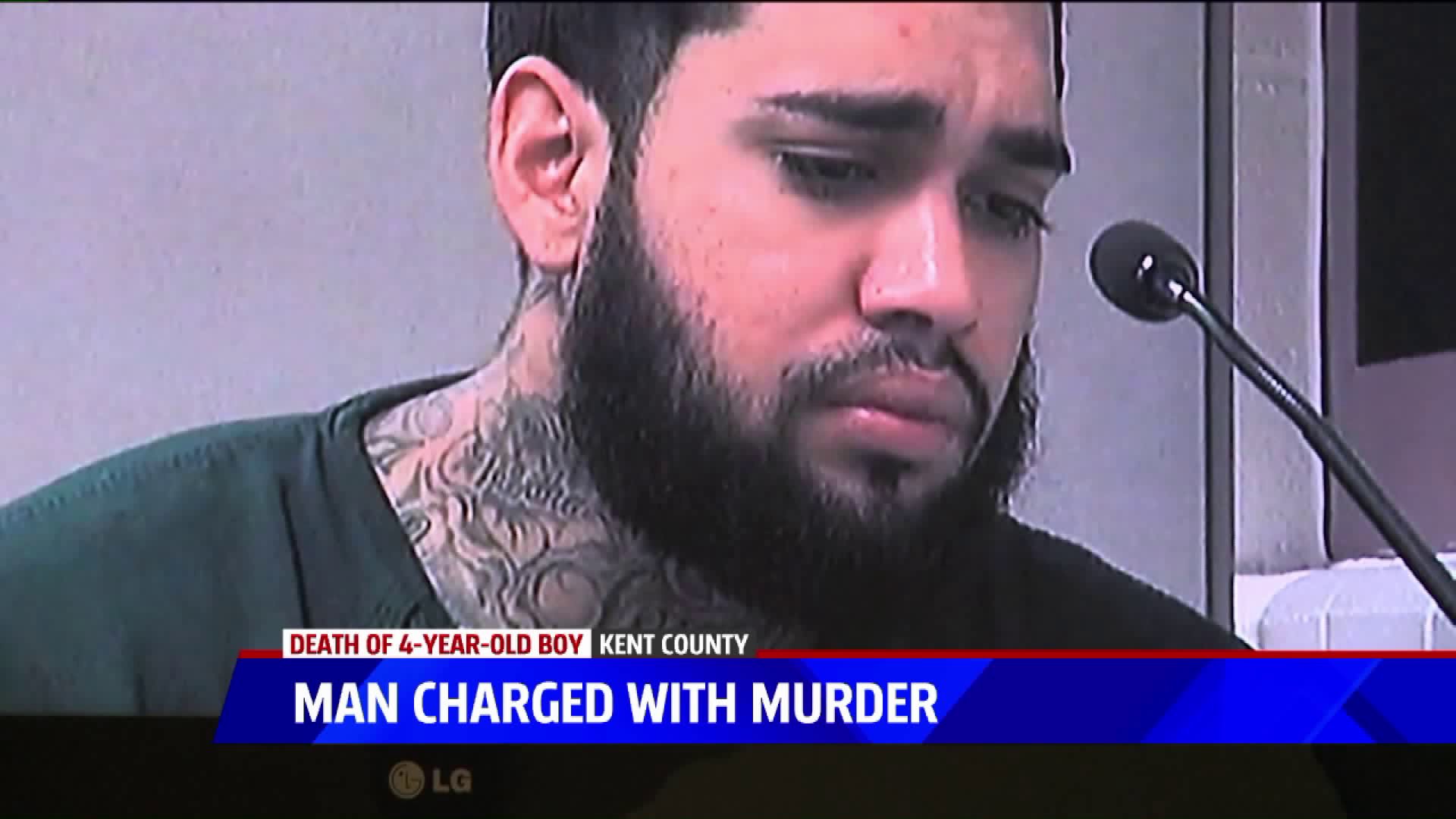 GRAND RAPIDS, Mich. -- A man was charged with murder Thursday in the death of a 4-year-old boy in Gaines Township.

The Kent County Sheriff's Office says Elis Nelson Ortiz-Nieves, 25, is also facing charges of first-degree child abuse. He's being charged as a habitual offender and was previously convicted of a drug charge, being a felon possessing a firearm, and resisting and obstructing.

Giovanni Mejias, 4, was found unresponsive Tuesday morning at a mobile home on N. Green Meadow Street SE. He was taken to a hospital where he later died.

On Wednesday, the Kent County medical examiner ruled that Mejias died from trauma to his abdomen. The medical examiner said the boy’s death was considered a homicide and that there were several older injuries found on him that were in various stages of healing.

"Whenever there’s an allegation that some vulnerable person has been killed like this, it’s just heart and gut-wrenching, heartbreaking, and hard to understand anything about it at all," said 63rd District Judge Sara Smolenski in court Thursday.

"Even if you work in the business, it’s difficult to understand anything about something so horrific."

During his arraignment, Ortiz-Nieves was in tears and mostly looking down. When Judge Smolenski asked him the ages of his girlfriend's children other than Giovanni he broke down then said, "I'm not guilty, I'm not guilty."

Court documents show that Ortiz-Nieves told investigators he was the only adult home caring for seven children including Mejias, all under the ages of 11, Tuesday. He said Mejias was lying in bed when he took him by the arm to the shower. When Ortiz-Nieves said he noticed Mejias was becoming less responsive and saw the boy's stomach was bloating, he admitted to poking or jabbing Mejias' stomach with his hand to "release pressure."

Investigators say what Ortiz-Nieves said about the cause of Mejias' injury did not match what the Kent County medical examiner found.

Authorities say Ortiz-Nieves was dating Mejias' mother and had been living at the home for about six months. He was watching Mejias and six other children when she went to work Tuesday morning, officials said.

Two of the children are Ortiz-Nieves' biological children, four are his girlfriend's children and one was Ortiz-Nieves' "godchild or distant relative," the sheriff's office said in a release. Ortiz-Nieves said in court his kids are 9, 7 and 3-years-old.

The children have been removed from the home and with other family pending an investigation by Child Protective Services, according to the sheriff's office.

Ortiz-Nieves' was denied bond, and is due back in court June 28 for a probable cause conference.