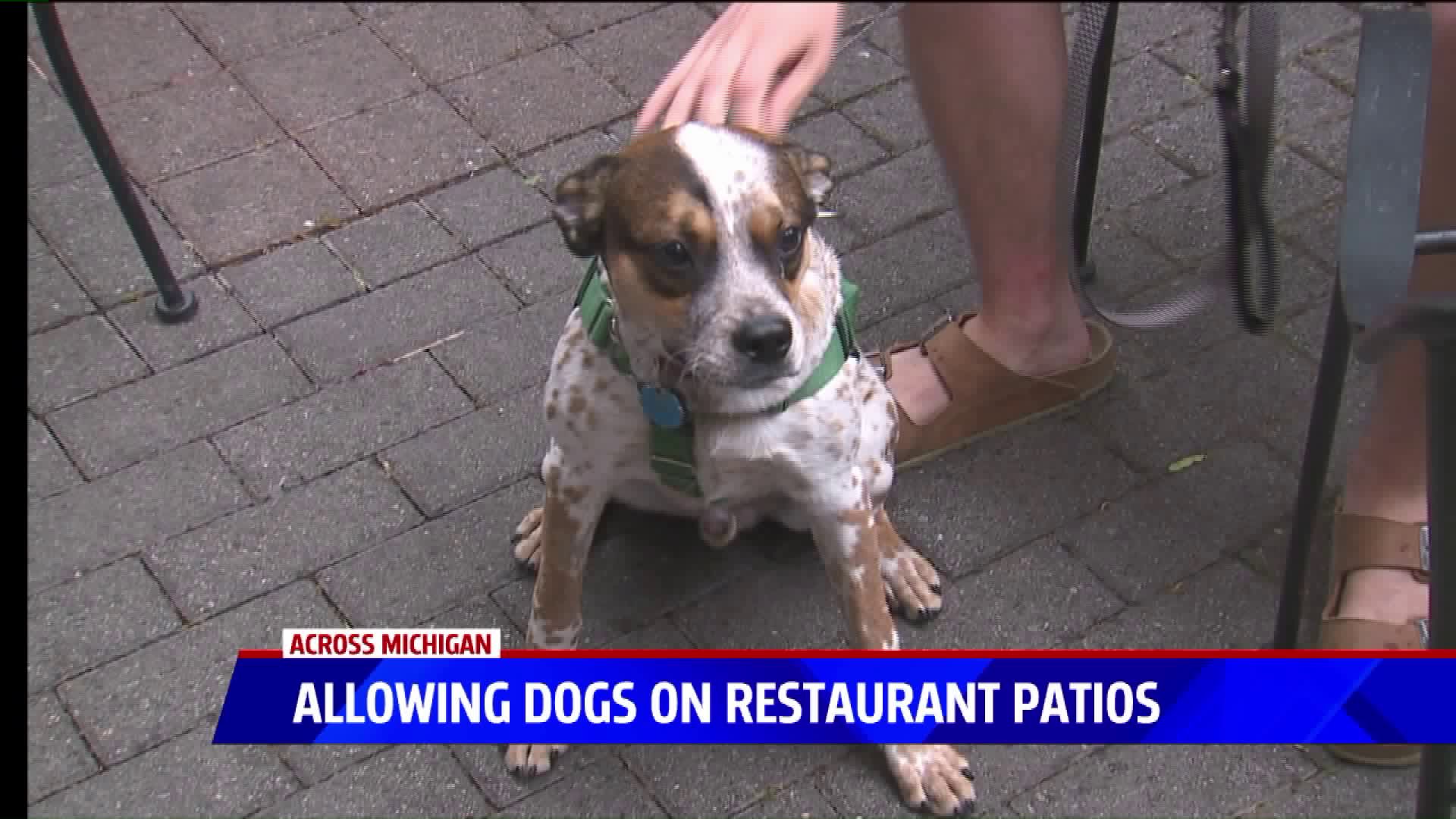 LANSING, Mich. (AP/WXMI) — Patrons could bring their dogs along while eating in outdoor areas of restaurants under a bill advancing in the Michigan Legislature.

State law generally prohibits live animals at restaurants. The legislation was approved 32-6 by the Senate on Wednesday and sent to the House for consideration.

The bill would allow dogs on restaurant patios under certain circumstances.

"I think it's a good idea actually," said Dan Verhil, owner of One-Trick Pony and Cottage Bar. "If the pets are well-behaved and the restaurateur is willing to assume the risk of a dog misbehaving and upsetting somebody or hurting somebody, but that's the risk you would have to take."

Elias Sepsakos is a co-owner of Brick and Porter, and says they've been letting dogs out on their patios since last year.

"It actually brings more guests in," Sepsakos said. "More people walk by and want to pet the dog."

Sepsakos says they haven't had a single problem with the dogs since they started.