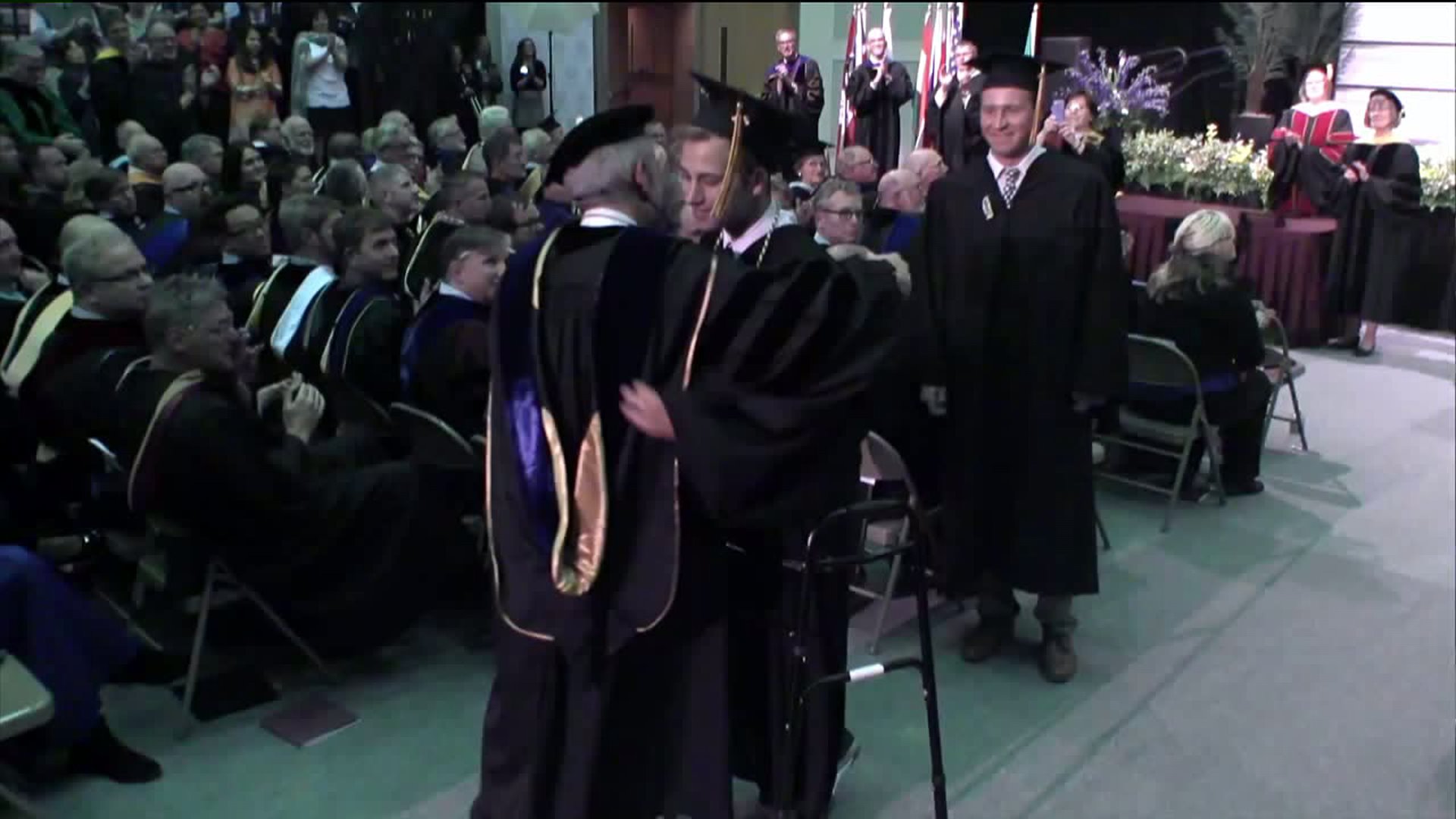 GRAND RAPIDS, Mich. — Once paralyzed from the chest down, Garrett Bazany raised his hand in triumph as he walked across the stage to receive his diploma at Calvin College on Saturday.

Bazany, who is from Grand Haven, received a standing ovations from the crowd of nearly 5,000 people in Van Noord Arena as he walked across the stage with the help of his walker.

At 15 years old, Bazany seriously hurt himself in a trampoline accident, which caused paralysis from his chest down. He's been going through rehabilitative therapy ever since. His goal now is to go to graduate school to become a physician's assistant to be able to work closely with patients, according to Calvin officials.

Though he spent his college career in a wheelchair, Bazany was involved with dance guild, went on a medical missions trip to Tijuana and wakeboards and water skis.