LOWELL, Mich. — A barn is destroyed and 13 horses are dead following an early-morning fire Saturday.

It took firefighters from multiple departments to put out the fire at the Barn for Equine Learning, in the 3200 block of Timpson Avenue SE, which started shortly after 2 a.m. Police say the fire is suspicious because things were out of place on the property and the barn doors were chained and locked from the inside.

Firemen on scene told FOX 17 getting water to the barn was difficult because the barn was nearly one mile from the hydrants, forcing firefighters to shuttle water up the driveway.

The Lowell Fire Department told FOX 17 the barn was located in "a non-hydrant area." 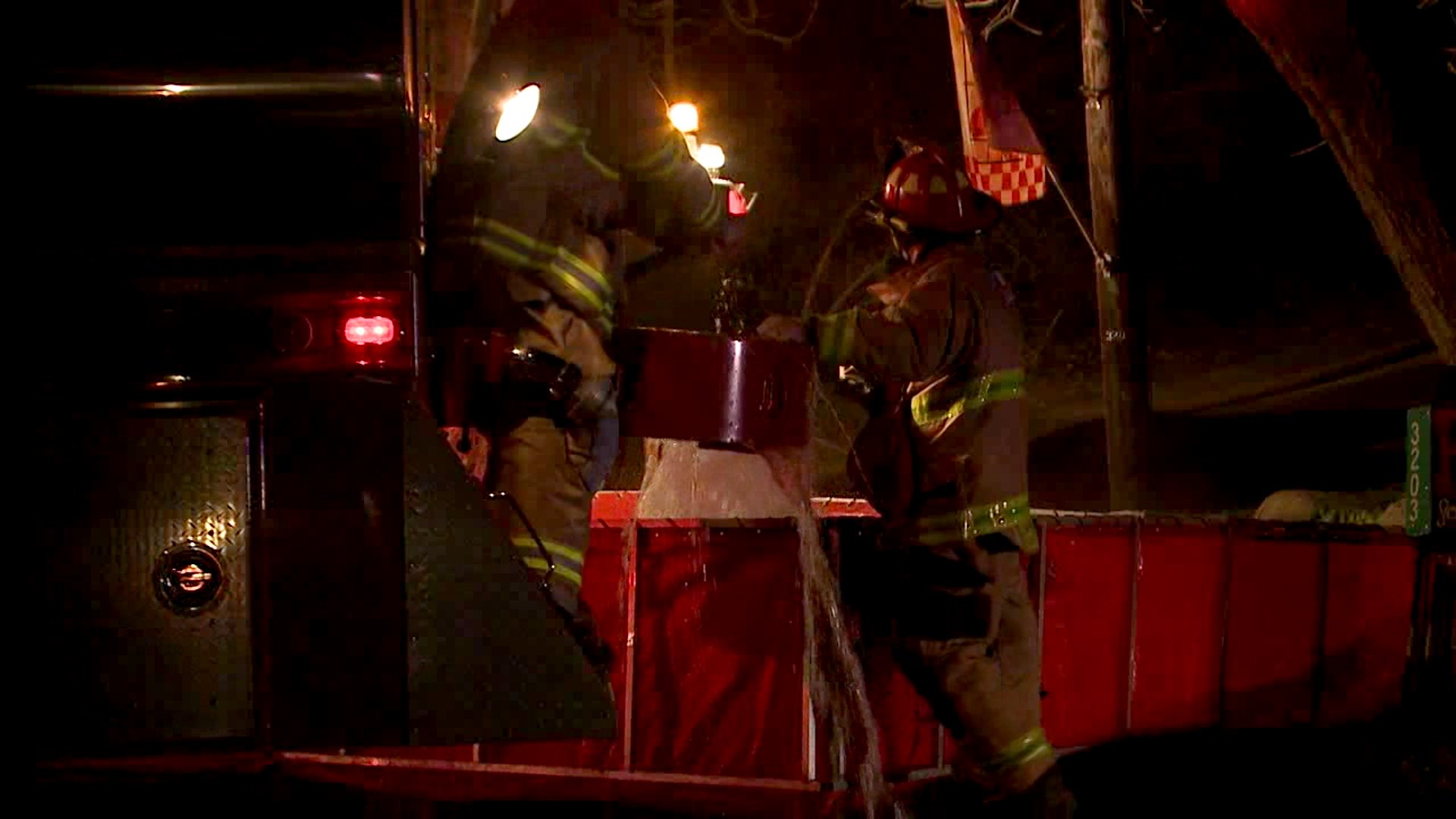 They said the investigation has "been taken over by the Michigan State Police." The cause of the fire is suspicious in nature after the property owners notified fire personnel at the scene of several inconsistencies with the condition of the barn and surrounding property.

"This information is so hard for us to process and it still feels like a bad dream at this point," owners of the barn wrote on it's Facebook page. "We are not yet sure what the road to rebuilding will look like at this point."

Crews say they used a total of 23,000 gallons of water to fight the blaze.

"I ran to the barn, it was gone," said owner Kathryn Welton. "There was nothing to do. I knew the horses suffocated with the smoke inhalation."

Thirteen of the 15 horses at the farm were killed in the fire. The two horses saved were being kept in a separate smaller barn because there wasn't enough room in the large barn.

Walton says it's a tremendous loss not just for her, but for the kids who grew so attached to the animals. The horses were used for equine therapy and for community outreach programs with underprivileged children.

"These horses were beyond friends," Welton said. "They were family. They served as community servants. They were business partners and colleagues and they reached so many kids and game them their first rides and first therapy so they could open up."

Once the investigation is finished, Walton says they're going to hold a memorial for the 13 horses lost to help bring them closure.

"We have to open our hearts and get past this as a community and keep these services and nonprofits alive because this is such an important time for social services to be alive and vibrant," Welton said.

A Go Fund Me page has been created to help rebuild the farm.