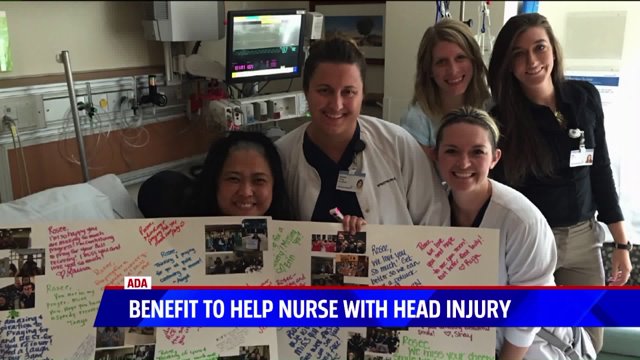 ADA, Mich. 0-- Dozens of people gathered at Riverhouse Ada on Sunday to support a nurse who suffered a head injury on a Slip N' Slide.

Rosee Douthett was hurt in August after taking a fall on the children's toy. Several of Douthett's co-workers were on hand when it happened and were able to help save her.

Sunday's event featured food, a silent auction, and live music from four different bands, some of which traveled from out of state.

"I appreciate everyone's help, whether they are strangers or somebody I know," said Rosee.. "It just shows that people have big hearts."

The nurse is still waiting to get approval from doctors to return to work.