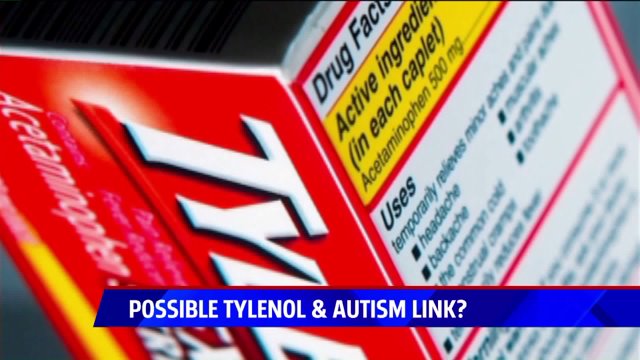 A new study suggests women who often take Tylenol while pregnant could increase their kids' risk for autism.

Researchers in Spain studied more than 2,000 mother-child pairs for roughly six years. Mothers were asked if they took Tylenol during pregnancy and, if so, how much. Researchers found that more than 40 percent of mothers reported persistent use of the drug. Their children scored lower on tests for hyperactivity, impulsivity, and other signs of autism.

But how much merit does the study actually hold? Dr. David Colombo, director of maternal fetal medicine at Spectrum Health says Tylenol has long been considered a safe medication for pregnant women to take for fevers and pain, and that shouldn't change -- at least for now.

"People put this out there, and there’s a lot of fear in pregnancy," said Colombo. "They’re always afraid, What am I doing to hurt my baby? There must be something trying to hurt my child." The Spanish study is nothing more than an association, Dr. Colombo added, and Tylenol isn't hurting your child one bit.

Colombo used a football analogy to explain: "Associations aren’t causations. I used to think when I used to wear my Cleveland Browns sweatshirt the Browns would win. Clearly, that didn’t happen; the Browns didn’t care if I wore that sweatshirt or not. But it could be I wore that sweatshirt when it was colder out, because it was thick, and maybe the Browns play better in colder weather for whatever reason. I was assuming it was my actions that were causing the win when in fact it was a coincidence, because they were both linked to a similar event."

Colombo says the association between autism and Tylenol could very well be the same. "Just because two things are increasing at the same rate doesn’t mean they’re causative," a reassurance for West Michigan mothers that taking Tylenol when needed is okay.

"Taking Tylenol doesn’t cause autism," said Colombo. "In fact we don’t even know what causes autism, and a lot of times we don’t know how to define autism. So it makes it very difficult."

Dr. Colombo says Tylenol should be the only pain killer pregnant women take, because aspirin and Ibuprofen can cause problems for babies. Dr. Colombo suggests only taking Tylenol when needed, do not take it in access amounts and consult your doctor before use.

Although this research could shed light on autism, experts admit more research needs to be done.