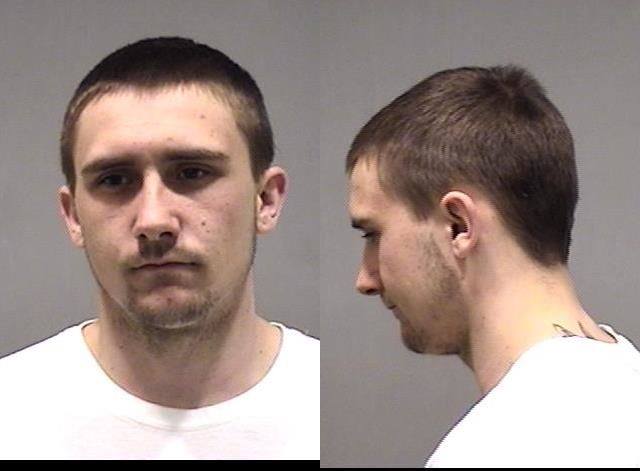 OTISCO TOWNSHIP, Mich. — A 19-year-old man is facing several felony charges after allegedly breaking into an Ionia County home, stealing guns and tools and then threatening his stepfather.

Jonny Prater is charged with first-degree home invasion, receiving and concealing a firearm, assault with a dangerous weapon and possession of a firearm in connection with the Tuesday break-in at a home in the 9000 block of Fish Road.

According to the Ionia County Sheriff’s Department, a deputy was called to the Otisco Township home at about 6:30 p.m.  Shotguns, rifles, muzzleloaders, a pistol, antique weapons and tools were stolen while the homeowner was at a medical appointment, officials said in a release.

At about 7:20 p.m., the sheriff’s department received a domestic assault report at a nearby home on Graceland Drive.  Prater had allegedly threatened his stepfather with a gun before fleeing the area.   No one was injured in that incident.

Prater was arrested later Wednesday evening at an unspecified location.

A police dog led investigators to a wooded area near both homes, where they found several of the stolen guns and other stolen property.  Officials located the gun they believe Prater used to threaten his stepfather while investigating the incident on Thursday, according to a release.