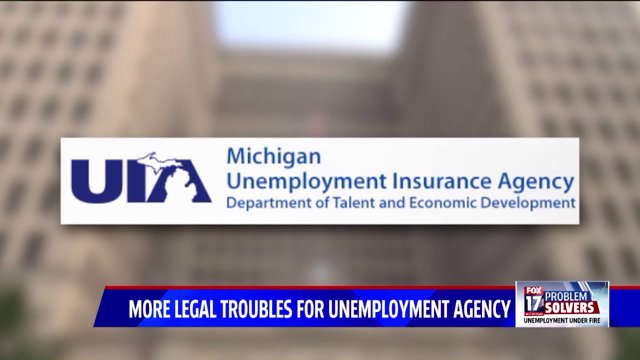 ROYAL OAK, Mich. -- A second lawsuit has been filed against the Michigan Unemployment Insurance Agency (UIA) this year.

This one is a class-action lawsuit and focuses on the state's practice of intercepting tax returns from citizens, allegedly without due process.

The suit also accuses the state of violating key federal guidelines, including not allowing a person adequate time to respond to the state's fact-finding questionnares.

Earlier this year, the FOX 17 Problem Solvers reported on a pending federal lawsuit against the state agency.