Flames were seen pouring out of the structure just after 7:00 p.m. along Madeline Drive near De Hoop Avenue SW. 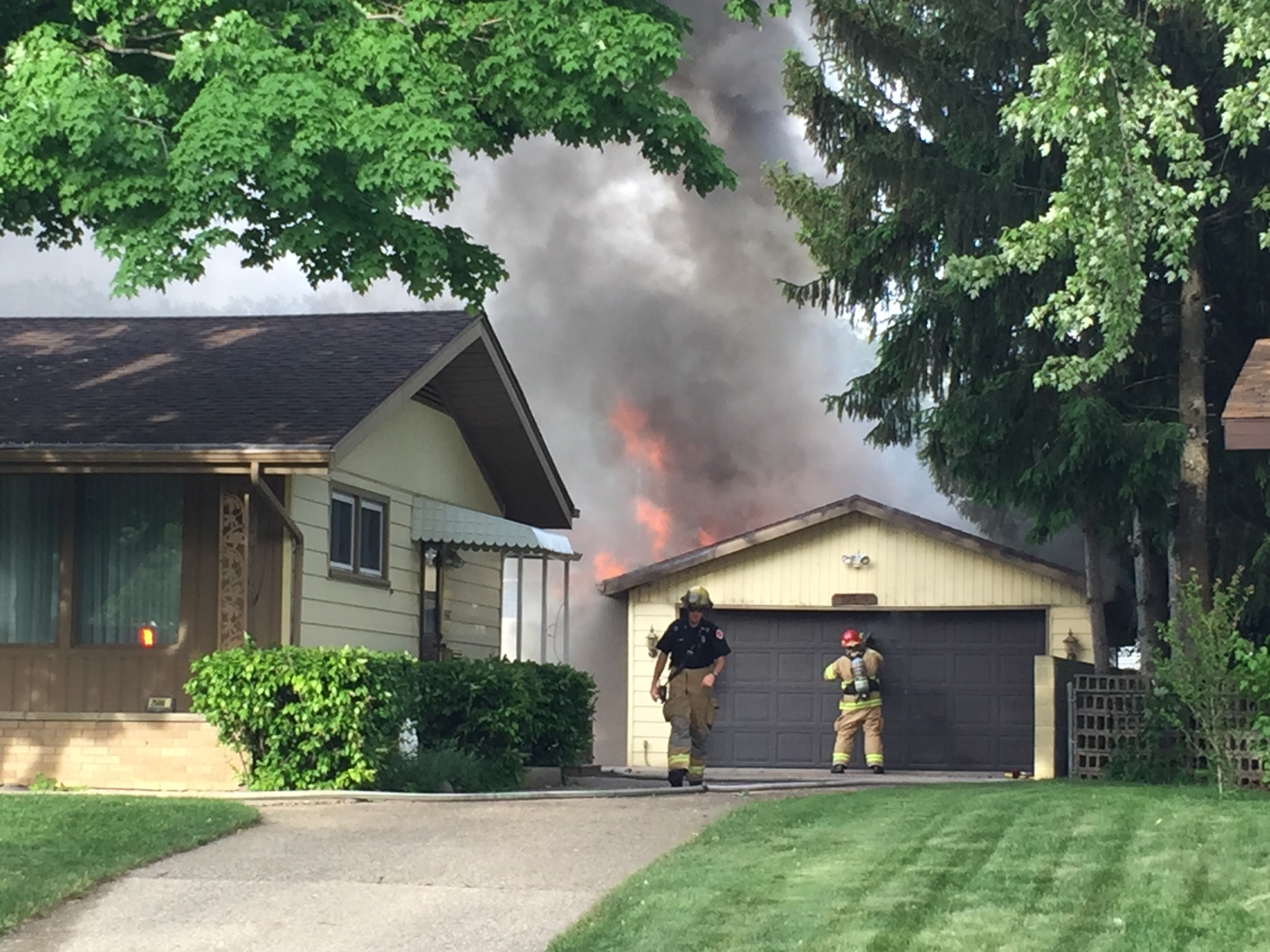 Firefighters on scene tell us the nearby homeowner had just put a lawnmower away after cutting his grass when a neighbor noticed smoke coming out of the nearby garage and called authorities.

A fire investigator is scheduled to survey the damage on Tuesday.

No injuries were reported, however two vehicles in the garage had smoke damage as well.