Man fined more than $80,000 by the Unemployment Insurance Agency 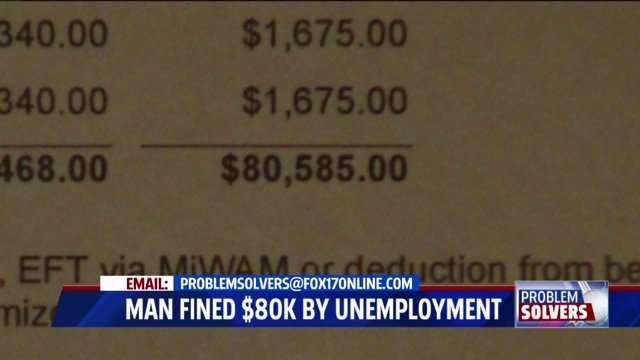 SHELBY, Mich. -- Steve Brimmer is a hobby farmer. He raises and sells pigs, cows, and chickens. It earns him a little cash, but it's quite a change for the man from Shelby.

He said he worked for an auto supplier in Muskegon for 6 years. Brimmer said he got fired in February 2013 for attendance problems, although he said he refuted this with his employer. Once he was out of a job, he filed for unemployment.  Brimmer said the state approved him for benefits, and he collected $16,000 from February to December 2013 (including extensions).

In January 2015, he received a letter from the state. It said he didn't qualify for the benefits in the first place and that he needs to repay the money plus a hefty fine. The notice states he owes $80,585.

Watch the video for more.