Should a county profit off your foreclosure? Lawmakers debate in Lansing 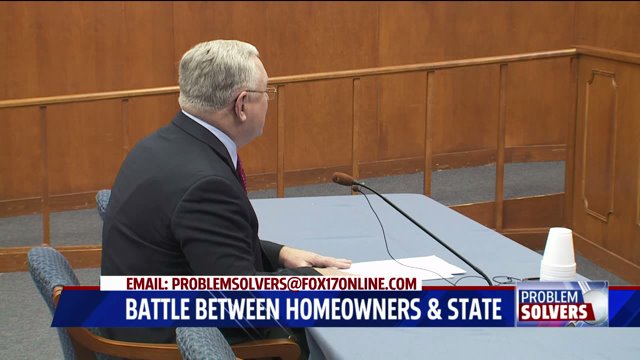 LANSING, Mich. -- State lawmakers on Thursday debated during a committee hearing for a proposed property tax amendment that would stop counties from profiting from home foreclosures.

Sen. Rick Jones introduced the amendment in January that would, if passed, no longer allow the county to keep more than what's owed to it. The money would instead go back to the homeowner.

The hearing comes on the heels of a FOX 17 Problem Solvers investigation that began in September 2014, when Deb Calley, a woman from Kalamazoo County, lost her home due to a missed property tax payment from 2011. Because Calley paid cash for her home and didn't have a mortgage when the county foreclosed, it was final.

Becky Doorlag, her real estate agent, spoke out on her behalf during the hearing.

For a person who has a mortgage, they have a shot at getting their home back once it's foreclosed. The law states they have 6 months after foreclosure to pay their debt in order to retain their house.

However, that's not the case for people who own their home and no longer carry a mortgage. Once a county forecloses on their home it's final.

Mary Balkema, Kalamazoo County treasurer, also gave her testimony Tuesday. She said treasurers all across the state do their best to keep people in their homes. She said numerous notices get sent out and if people need to be put on a payment plan there's help for that as well. When it comes to the money the county makes on the sale of a person's foreclosed home she said it goes back into the community.

"If you're going to give the gain to the individual what you're really doing is privatizing all the gains and socializing all the losses...so we'd be stuck with the losses," Balkema said.

In the end, the question remains, should counties not be allowed to profit off the home you paid for, or is the threat of losing everything a needed deterrent for tax delinquents?

A decision wasn't reached regarding Sen. Jones' proposed amendment. His office said they're going to rework some of the language of the amendment to bring down some of the opposition.