Screen shot from the video “Boyfriend”

He was arrested on suspicion of driving under the influence and drag racing while driving in a yellow Lamborghini around 60 mph — nearly twice the speed limit in that area — before he was stopped, Miami Beach police told reporters.

Bieber was belligerent to the officer who stopped him and used “choice words” questioning why he was stopped, police said. Bieber initially was arrested for allegedly “resisting” the officer, police said. He also was found to have an invalid driver’s license, police said.

“He felt at that time that Mr. Bieber may have been impaired. He was brought to Miami Beach police station where a DUI investigation was conducted. It was determined that he was impaired. During the investigation, Mr. Bieber made statements that he had consumed some alcohol, that he had been smoking marijuana and consumed some prescription medication,” said Miami Beach Police Chief Ray Martinez.

TMZ REPORTS: “According to the police report — obtained by TMZ — cops approached Bieber’s car and they instantly realized he reeked of alcohol and had bloodshot eyes.  He had a “stupor” look on his face.”  READ THE FULL ARTICLE HERE. 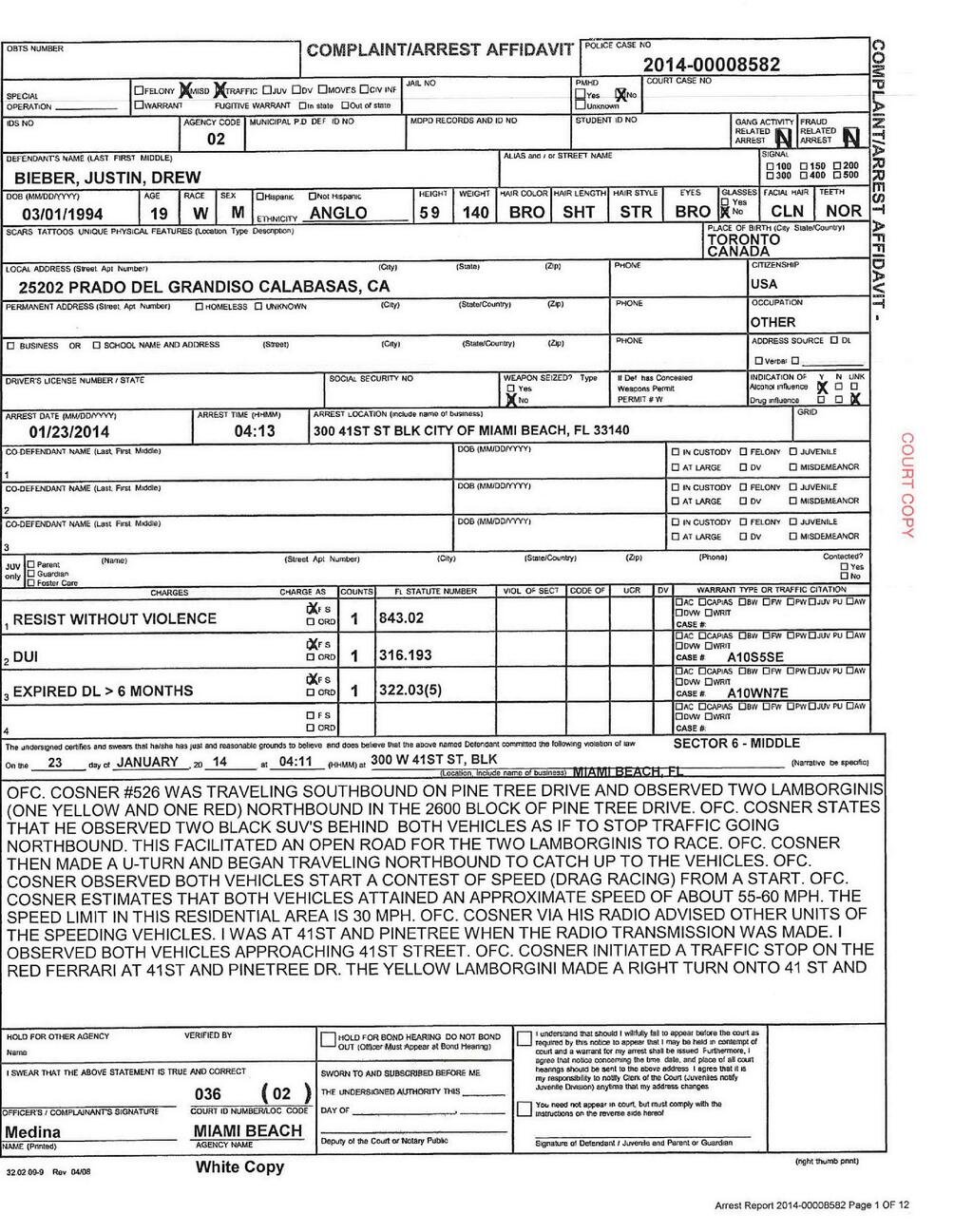